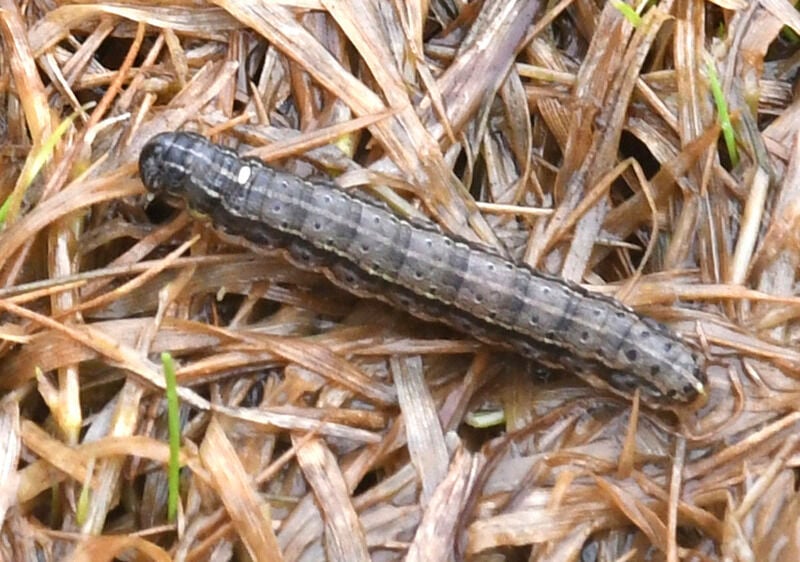 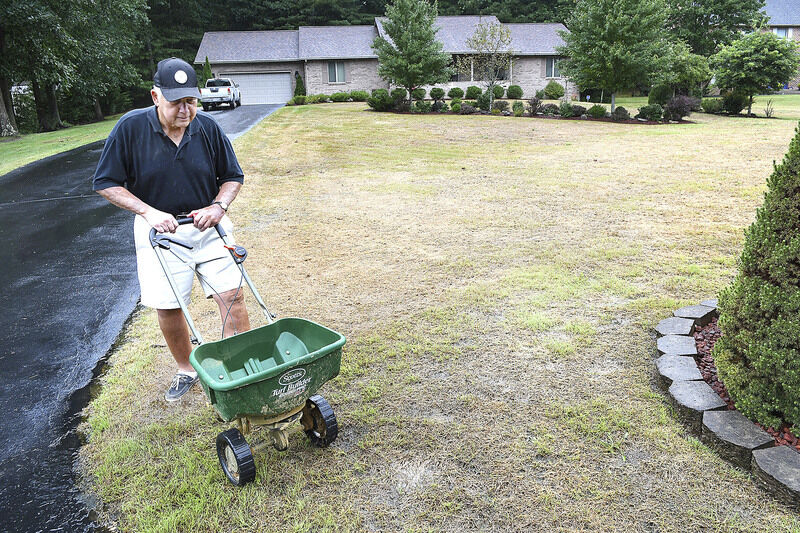 When Roger Mitchem carried his weed-eater out to his Timber Ridge Road yard on Saturday morning, the August sun was already shining, promising a late-summer scorcher.

The faintest tinges of red and brown were appearing on the green trees and bushes around his southern West Virginia home, hinting at the coming autumn, but the world around Mitchem's Woodcrest home was still mostly green.

Except for his yard.

Mitchem had been seeing brown spots on his lawn for days.

At first, he said, he and his family had thought nothing of the dead-looking patches. But more of the brown spots were appearing, and there was no way that they could explain it.

"I thought it was the weather," he said. "But we noticed the yard kept getting worse and worse."

As Mitchem prepared to weed-eat around his mailbox, he was astonished at what he saw on the ground: Hundreds, possibly thousands, of strange worms were covering the grass there as well as at other points in his yard.

"I happened to look, and I seen all the worms. I looked over around the light post and stuff, and there was worms everywhere," he recalled on Wednesday.

He walked to a neighboring lawn and saw that the strange worms — greenish-brown, looking like caterpillars — were crawling there, too.

"I called my neighbor and told her to come down and meet me, that I wanted her to see all these worms in the yard," recalled Mitchem. "To tell you the truth, up until Saturday, I had no idea what they were.

"None of us knew what they were. I ended up taking a picture and getting on the internet and found out it was armyworms."

David Richmond of the U.S. Department of Agriculture West Virginia University Extension Service said that the first call his office received about the armyworms came from Raleigh County on Monday.

"A lady brought one in, and I ID'd it," said Richmond. Not long after the visit, WVU notified extension offices that there was a statewide infestation of the squirmy insect.

The armyworm migration to West Virginia is an anomaly.

"Traditionally, we have predatory insects like wasps that attack, but, for some unknown reason this year, they have just invaded," said Richmond.

"It's all over the state. It's the first time in my 26 years that I've seen it in turf grass.

"I've seen it in rye grain and corn, but I've never seen it in the turf grasses like we're seeing this year."

Fall armyworms, or Spodoptera frugiperda, are the kind of armyworms that do the most damage to turf grass, including lawns like Mitchem's, football fields and golf courses.

According to AggieTurf, a comprehensive site for Texas turfgrasses care and selection, the fall army worm has four life stages: egg, larva, pupa and adult.

Adult moths are generally gray in color, with a 1½-inch wingspan and white underwings. Forewings are mottled with flecks of white. Males may have a triangular white spot near the wing tip and another spot in the middle of the wing, AggieTurf reported.

AggieTurf writers reported that the climate in northern Texas, which is typically much warmer than that of West Virginia, is not good for the fall armyworm.

"Fall armyworms are unusually susceptible to cold, and populations are thought to die out each winter except in the southern region of Texas," AggyTurf reported. "Infestations of fall armyworms often occur during 'outbreak years', when exceptionally high populations of the insects survive the winter and make their way north."

Agricultural experts report that if winters are mild and August is wet in the Mountain State, it is likely that state residents will see more armyworms that year.

However, state agricultural experts report that the infestation this year is not typical. It does make it easier to see why the caterpillars are called armyworms, though.

Richmond explained, "They just come in waves, hundreds and thousands of them, just marching across the landscape."

"If you'd seen them in my yard on Sunday morning, you'd have understood," he said. "They're like an army.

"They're everywhere. You can't hardly step without stepping on them.

"They eat the tops off the grass. They destroy a yard in about two to three days.

"Now the farmers and stuff down South, around Mississippi and all down there, have a big problem with them in their hayfields," he explained, "but, like I said, nobody here knew what they were because we'd never had any problems with them."

Mixing dishwashing liquid with water and pouring it on the lawn will bring up the worms, said Mitchem. He said that pouring the soapy mix on brown spots and waiting a minute or so will show whether the worms are present.

"If there's any there, they'll come up because they don't like that dishwashing liquid," he reported.

Richmond said that when worms are found on a lawn, the best way to clear turf of the larvae is to apply an insecticide, like a granular or spray bug killer.

Some at Woodcrest have reported that the granular insecticide does not work as well and that they have used a spray insecticide, which seems to kill the worms more efficiently. Lowe's carries the insecticides Spectracide and Sevin, along with other brands.

Richmond advised that the damaged grass will need attention.

"The grass that they have damaged is probably going to be very slow to come back, if it does come back, so reseeding is going to be recommended in the damaged areas," he said.

Richmond said that armyworms usually show up the same time annually. If the 2021 infestation in West Virginia is not an outbreak year with the pest migrating north due to larger-than-usual survival rates in the South, then the armyworms will likely return to Beckley at the same time next August.

"Traditionally, they show up about the same time each year," said Richmond. "Mid- to late August is when they show up, so it's something for people to keep in the back of their minds for next year."

He advised property owners to monitor their lawns next August.

"If we can catch them when they're early, you can almost hand pick them," he said. "But once you have an outbreak, there's too many."

An option is to put out an insecticide in mid-August 2022, in order to proactively kill any invaders.

There are more natural ways to rid yards of fall armyworms, although the City of Beckley Code Enforcement Office likely would not approve.

"If they had a good flock of chickens, there wouldn't be any problems," said Richmond. "Ducks, geese, chickens, any bird, would really enjoy these."

He said that West Virginians do not have to worry about the armyworms biting or stinging.

"They're not aggressive toward humans," Richmond advised. "But they're very, very destructive."

Who gets your vote for Register-Herald Prep Athlete of the Week?