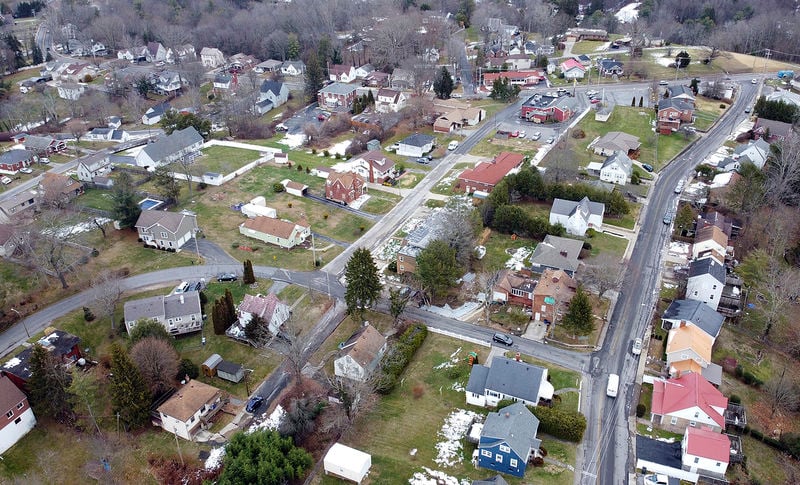 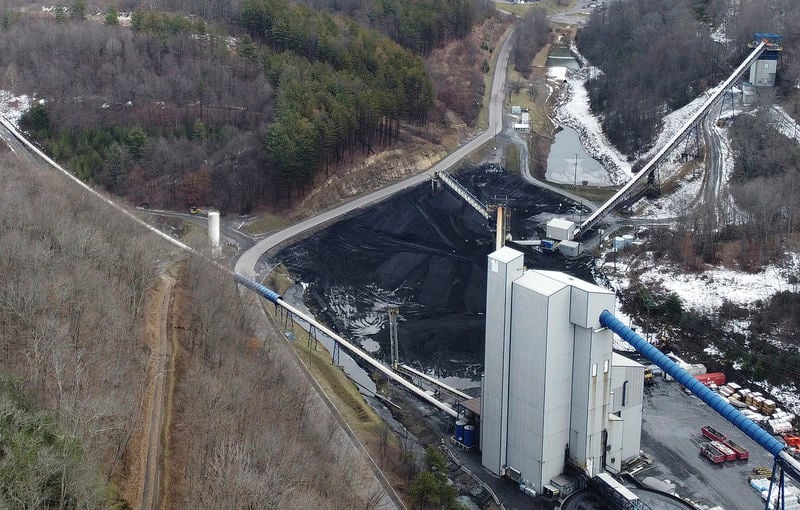 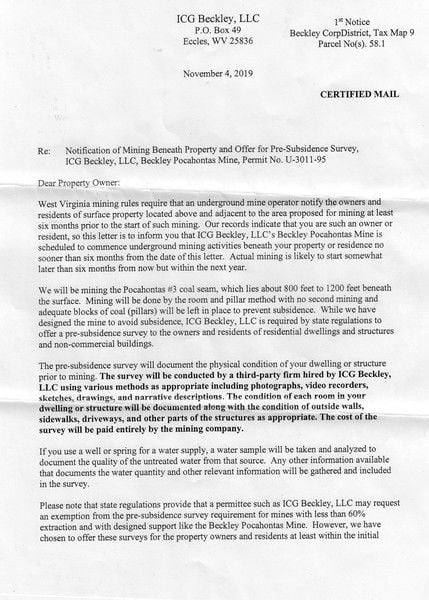 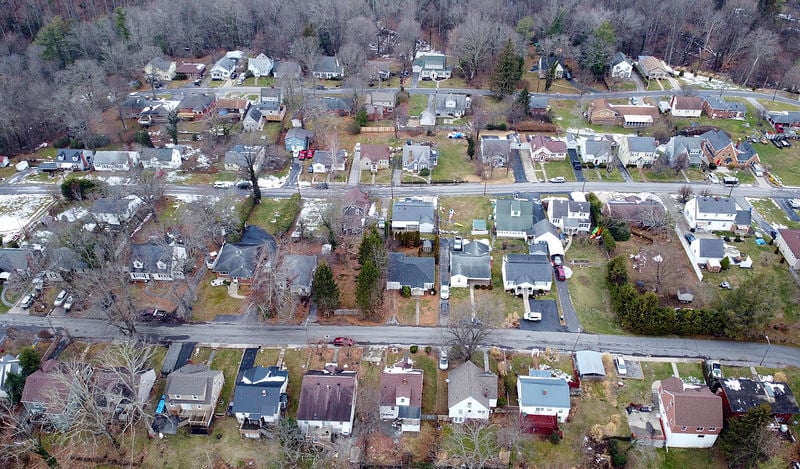 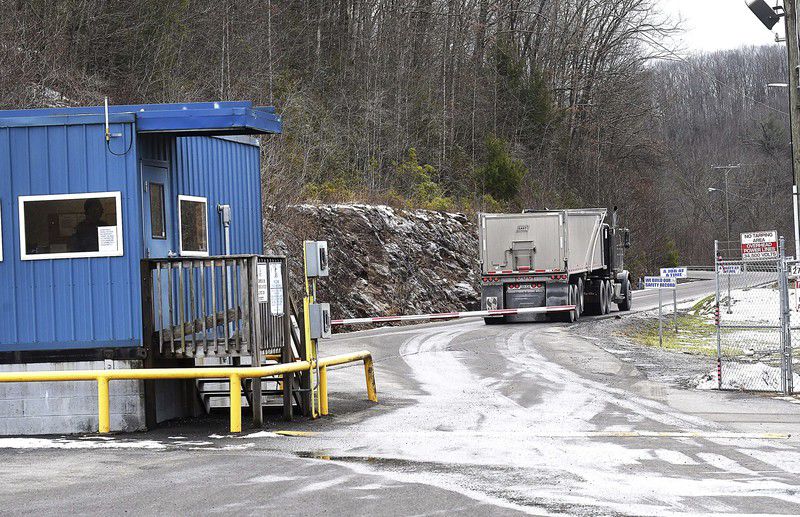 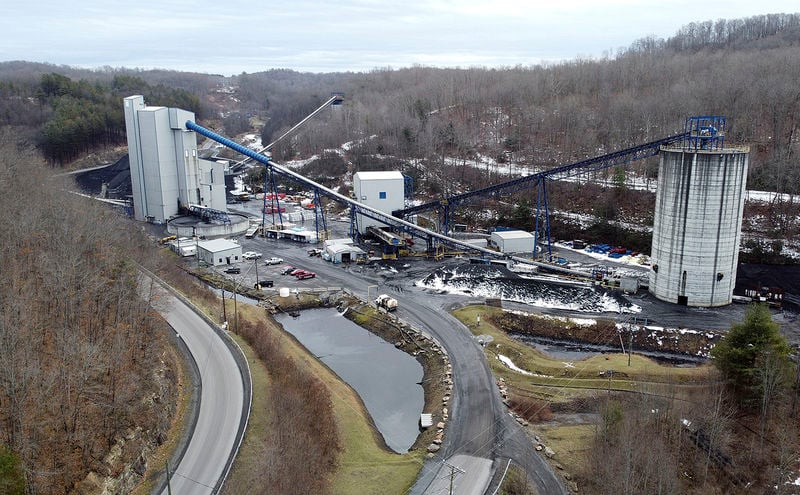 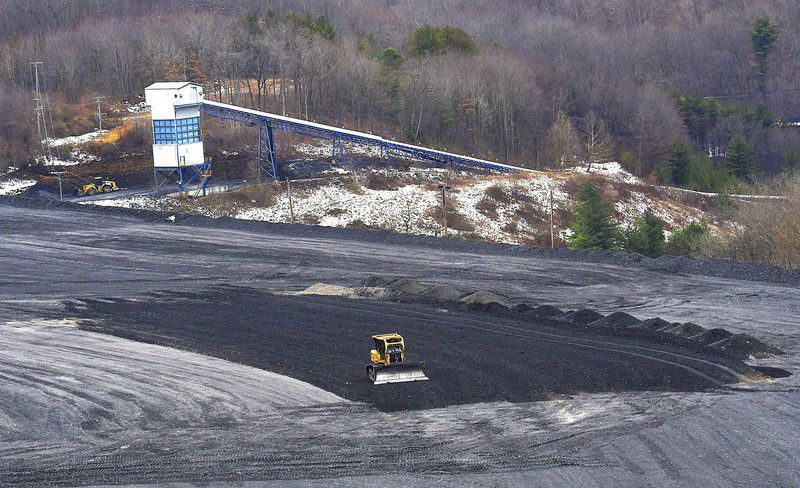 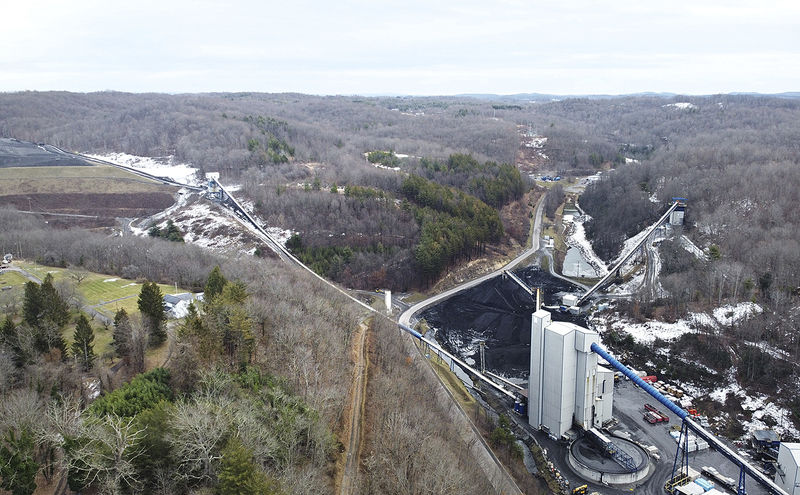 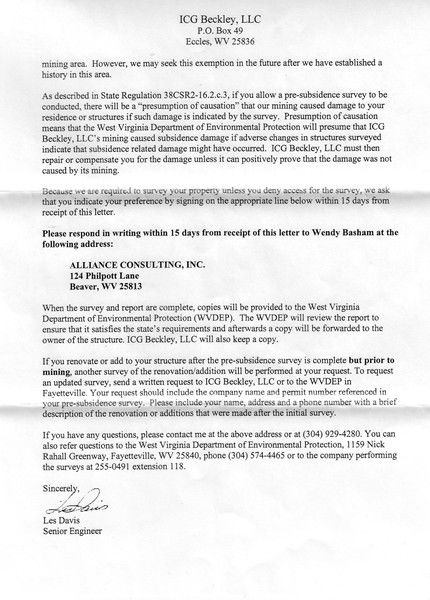 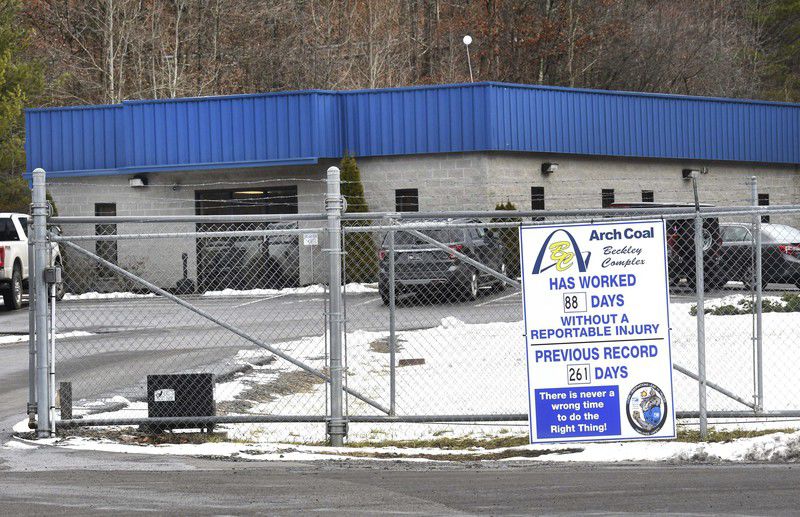 Kristin Canterbury, who lives on Westwood Drive in Beckley, isn’t worried that coal can be mined 1,000 feet beneath where she lays her head down at night.

“The area under my property was probably mined before,” she says. “My house was built in 1950 by my grandfather and I’m very certain my grandparents told me it was mined before.”

Jeremy McGraw, a Wyoming County native and attorney with Bordas and Bordas in Moundsville, says Canterbury and her neighbors should be concerned. Today, homeowners have few options as coal companies throughout the 1900s put legal language in deeds to restrict the ability of homeowners to recover money for property damage caused by the mining below.

And now, McGraw warns, those coal companies might be getting additional relief.

McGraw is referring to a joint legislative committee that voted along party lines to allow coal operators, and not the homeowners, to decide how they would pay for damages.

“I think most West Virginians would be really shocked to hear that this kind of change was being made,” said Del. Barbara Evans Fleischauer, D-Monongalia, in mid-December at the time of the vote, “and I think it’s wrong.”

Currently, West Virginia law says that if property damages occur because of mining subsidence – causing the land to sink, collapse or crack – coal operators shall either repair the damage or compensate the owners for lost value.

The committee moved the legislation to the full Legislature for the current session which kicked off this past week.

When powerhouse coal company Arch Coal acquired International Coal Group (ICG) in 2011, the company pitch was that the move would solidify its position as one of the “lowest-cost” producers in the game, according to the New York Times.

The transaction came with a price tag of $3.4 billion.

According to its website, Arch Coal is the leading producer of metallurgical coal used to manufacture steel and the second-largest producer of thermal coal in the country, supplying electric power to 36 of the 48 continental states.

Some of the coal Arch Coal is touting is being extracted in southern West Virginia – specifically, from deep beneath the city of Beckley and Kristin Canterbury’s home.

Steve Hatfield, manager of engineering for ICG’s Beckley Pocahontas mine, says there’s still about 15 to 25 years of coal to be mined in Beckley.

“This area has been mined since the late 1800s,” Hatfield said.

While mining in various areas of Raleigh County has been ongoing for decades, some residents say they are surprised that ICG is still mining underneath homes in the the city.

Several residents who own homes in the Harper Road area received a certified letter last fall from ICG notifying them that the company was gearing up to start mining underneath them again.

Canterbury says she’s pretty sure every homeowner on her street received a letter.

The letter was sent via certified mail at the cost of $6.80.

Hatfield said people shouldn’t be surprised about any mining activities in Beckley.

“Judging by the fact that there have been at least two seams done, most people should realize that,” Hatfield said.

ICG would not specify the geographic boundaries where underground mining is taking place, but maps obtained through the state Department of Environmental Protection office in Fayetteville show a sprawling area, strecthing from beneath Raleigh General Hospital on Harper Road to well beyond – and beneath – I-64 and south.

The Beckley Pocahontas Deep Mine, where Arch Coal secured its permit, lies within the Crab Orchard, Beckley, Eccles and Lester areas, according to the Department of Environmental Protection website.

According to the letter sent to area residents, ICG is permitted to mine the Pocahontas #3 coal seam, 800 to 1,200 feet underground.

He says residents shouldn’t be concerned about mining under their property.

“We size everything to not do anything to those mines which protect the surface even more.”

Bill Raney, president of the West Virginia Coal Association, said, “no predictable subsidence is expected,” when asked about ICG plan for more mining under Beckley homes.

“This is routine where we notify everyone,” he said.

He added that ICG is just “making sure everybody understands what’s going on well before it’s going on.”

He also added that there’s a subsidence program in West Virgina.

ICG is offering a free home survey to property owners so that they can file a claim if there is any damage to their property during mining operations.

“We are required by law to give them the option to have the survey,” Hatfield said.

The letter states, however, that ICG can file for an exemption from the survey requirement if the mining results in less than 60 percent extraction.

ICG says they have chosen to offer the survey now. However, they “may seek this exemption in the future after we have established a history in this area.”

Hatfield says “a great many” have taken ICG up on the survey but would not say exactly how many homes got a letter or how many signed up for the survey.

Canterbury elected to have the survey and says the process was very thorough.

“When the gentleman came on my property, he was pretty much there all day. He got there before 9 a.m. and didn’t leave until after 3.”

“It would be much easier to prove my point in court if there is damage to my home. It’s a safety thing for both sides.”

According to the letter, “If you allow a pre-subsidence survey to be conducted, there will be a ‘presumption of causation’ that our mining caused damage to your residence or structures if such damage is indicated by the survey.”

The letter also says the company “must then repair or compensate you for the damage unless it can positively prove that the damage was not caused by its mining.”

The survey is conducted by a third-party company “hired by ICG Beckley.” It includes video, photographs, drawings and narrative descriptions of the entire premises.

Residents who own a well or spring will also have a water sample taken and tested as part of their survey to document the quality of water prior to mining activity.

In 2012, McElroy Coal Company mined coal using the long wall mining method under the property of Michael and Patricia Schoene in Marshall County, damaging their home. The couple filed a lawsuit in Marshall County circuit court.

McElroy appealed the decision. As part of its case, the company’s lawyers argued that the coal operator gets to choose the remedy – compensation or repair, while the Schoenes argued that the law didn’t specifically state who decides.

The West Virginia Supreme Court, in a January 2018 decision written by Justice Allen Loughry, found that the code was ambiguous and that the owner of the damaged structure should decide on a remedy.

Loughry wrote that the primary purpose of the West Virginia Surface Coal Mining and Reclamation Act is “the protection of the public from the potentially destructive effects that mining may have on our lands, forests, and waters.” He also wrote that statutes “which are remedial in their very nature should be liberally construed to effectuate their purpose.”

Coal industry representatives, including Murray Energy, Tunnel Ridge LLC, and the West Virginia Coal Association, sent comments to the DEP, asking them to give the coal operators more control. They said that the Supreme Court decision was leading to more litigation.

In its Beckley undergound operation, ICG says mining will be done by the room and pillar method with no second mining. They also say, “adequate blocks of coal (pillars) will be left in place to prevent subsidence.”

McGraw wants homeowners to be cautious.

“When coal companies mine underground they’re subject to subsidence to fill the void when the coal is taken away,” he said.

Del. Larry Rowe, D-Kanawha, told The Register-Herald, “I am absolutely completely committed to opposing that bill.”

He was referencing the legislation advanced by the joint committee in an interim session in December. In his district, he says, “Most of the homeowners do not own mineral rights and could have subsidence issues.”

Sen. Stephen Baldwin, D-Greenbrier, and a member of the joint committee who voted against the bill, said, “It’s real simple for me – you break it, you buy it.”

“If a coal company harms someone’s personal property, they have to repair it. But this new rule says the coal company can choose to fix it however they want.

“That’s not right. I voted against that,” he said. “Who do you think will have more resources for a legal fight – the coal companies or the landowners?”

Baldwin says the coal company and landowner should have to “agree” on how to fix damages.

“We’ve got to start putting West Virginian’s first,” he said.

In May 2018, a revision was made to ICG’s subsidence control plan to add 212 acres of additional underground mining reserves in the seam due to geological conditions and to add a mining removal area for the mine.

According to the DEP website, “There are numerous residential and commercial structures, utilities and intermittent stream segments in this area.”

Bill that caps damages when mining harms property up for passage

Charleston – Legislation on who decides how to make up for damages, as well as how much to compensate property owners in the event underground…