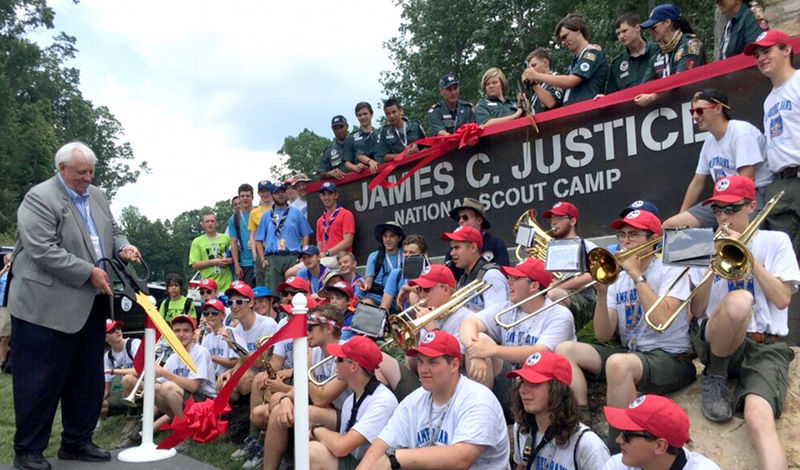 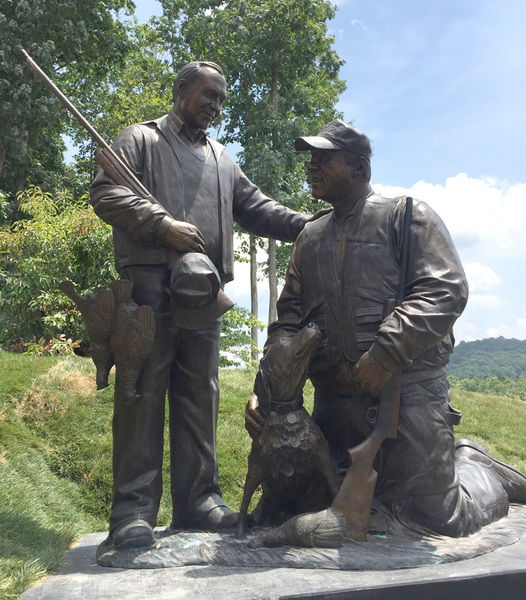 Surrounded by a large turnout of Boy Scouts from West Virginia and across the nation, a bronze statue depicting a grouse hunting scene featuring the late James Justice, the governor’s father, along with a younger Jim and their hunting dog Lady, was unveiled at the ceremony.

At the ceremony the Justice said that his father was his hero, and emphasized to the Scouts that they need to have vision and love what they do. Justice is one of the founding fathers of The Summit, which held its first Boy Scout Jamboree in 2013

“The values of the Boy Scouts are important to every community across the United States,” said Justice. “Honoring my hero, my father, in this way is profoundly humbling. It’s a testament to his big heart and the love he had for his community. I’m thrilled that the James C. Justice Scout Camp will help the Boy Scouts fulfill their mission and that Scouts from around the world will be able to see for themselves why West Virginia is Almost Heaven.”

Perry Cochelle, director of the BSA's  Office of Philanthropy, said the governor has always been a great Scouter and leader, "not just on behalf of this beautiful state, but for the entire country.

"When the governor was first approached about developing the Summit Bechtel Family National Scout Reserve, we saw his willingness to help in so many ways. His hardiness and strength was obvious. His big heart and pure desire was amazing."

Trump rallies the Troops at Jamboree (With Video and Photo Gallery)