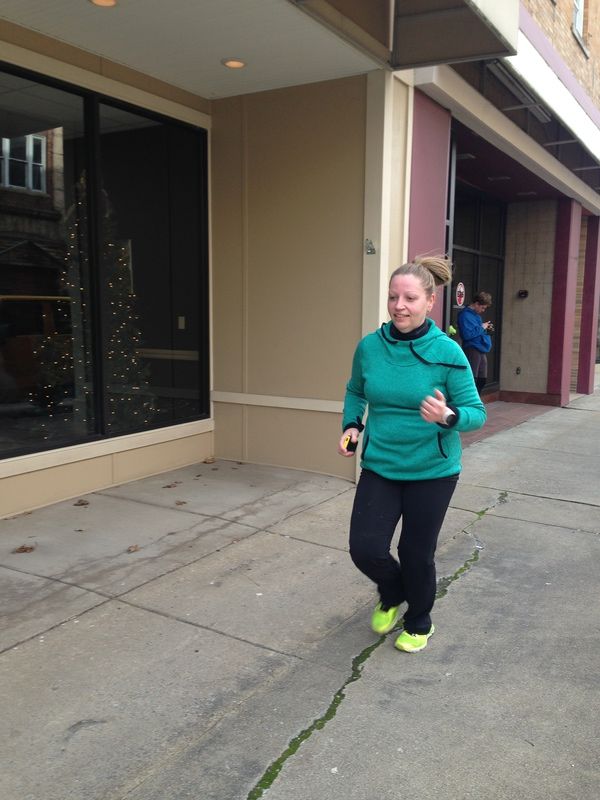 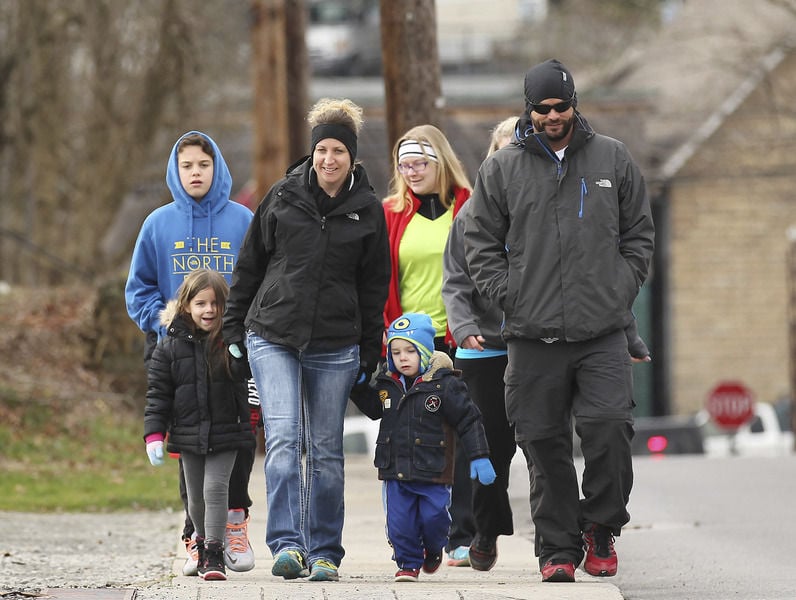 Braced for the freezing temperatures in headbands, long sleeves and gloves, a group of Beckley runners made good on Day One of their New Year's resolutions to stay active.

Their breath was visible in the air in front of them as they kneeled down to lace their brightly colored running shoes in front of Beckley Running Supply on Main Street.

Although weather apps read 32 degrees on Friday morning, logging a run on the first day of the New Year was motivation enough for some of the dedicated runners.

But for Missy Burleson, who's now been running 619 days in a row, neither logging miles nor resolutions were her reason for pounding the pavement on the streets of downtown Beckley.

Summer was her reason for running. Not the season, but the 8-year-old girl who lives in Indiana.

Summer, who is diagnosed with Down syndrome, was paired with Burleson through a nonprofit organization called I Run 4.

The organization, founded in January 2013, encourages runners to think of their abilities as a gift, and to think of others who are unable to do so themselves. The group pairs runners and kids with special needs to make an extra special connection.

"Her mom told me when someone with Down syndrome walks, it's like they have 10-pound weights on their feet," Burleson said after completing her 5K run (3.1 miles).

Tears filled Burleson's eyes as she talked about Summer and how encouraged she is by her.

"She goes to school, gets good grades; she helps other kids in her class. She's a really good kid. I thought, 'Well, if she can overcome everything she has to overcome, I can run a mile a day for her.' And that's how the streak was born."

Burleson actually struggles with some health issues of her own.

Before she started running, the now 37-year-old said she was overweight and suffered from pain all the time. Doctors couldn't figure out what was wrong.

"They said it was fibromyalgia and that I would have to be on medication and sit around for the rest of my life and be miserable. And I told them no."

Burleson met a new doctor who is working on a treatment plan to help with her swollen joint troubles. She'll see another doctor, a rheumatologist, in February to see if they can find the issue.

But running has helped in so many ways, she said.

"It keeps the pain away. I've lost like 75 pounds. It's completely changed my life."

The love of running, combined with motivation from Summer, is what keeps Burleson going — every single day for the past 619 days.

She's run through bronchitis, through the flu, and even through a stress fracture in her leg.

Admittedly, that wasn't the smartest move, Burleson said, but she refused to stop.

This April will mark her fourth year of running and the two-year anniversary of her RunStreak.

But more importantly in April, Burleson will get to meet Summer when she runs in a half marathon. She's even arranged for Summer to cross the finish line by her side.

Her goals for 2016 include running a half marathon every month of the year, focusing more on long runs, and simply enjoying the run.

Her competitive side took over for a while, she said, so she's excited to focus more on doing it this year just for the love of running.

"Being active is something I don't think anyone should take for granted," Burleson said. "Life is a gift and I want to enjoy it and I want others to enjoy it like I do."

For more information about I Run 4, visit whoirun4.com.