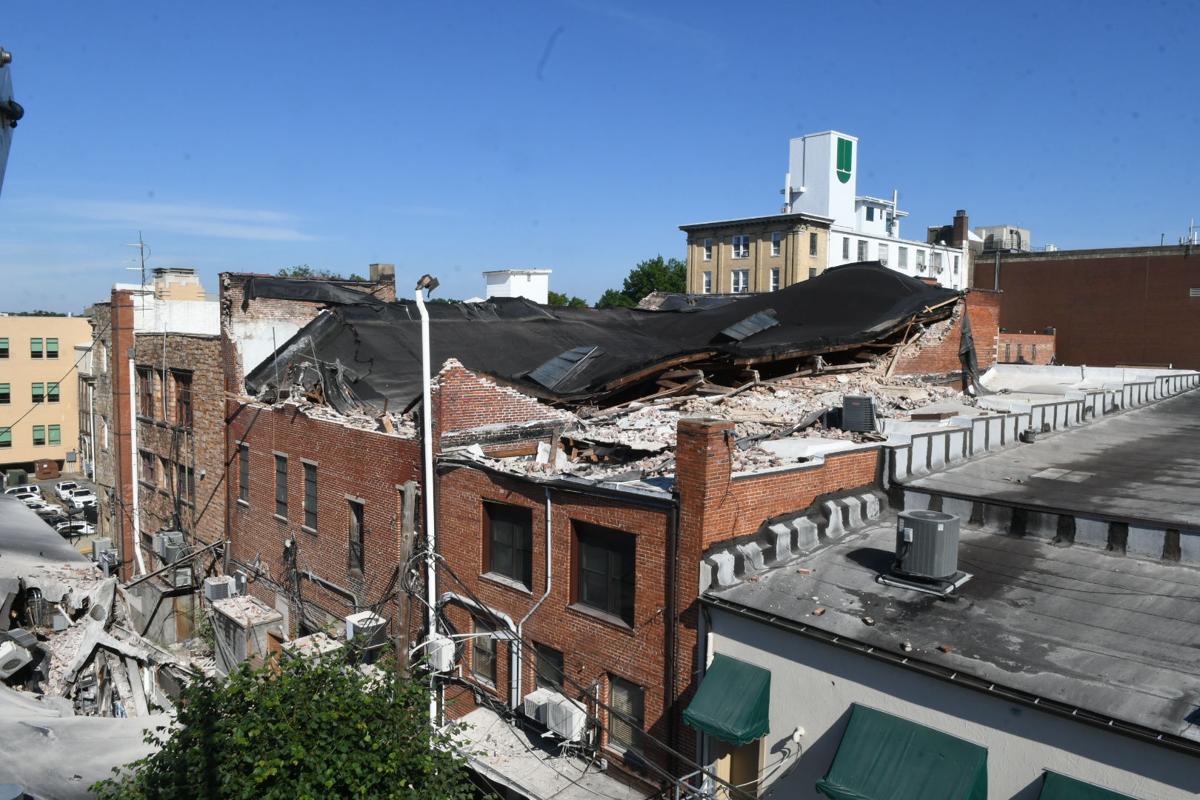 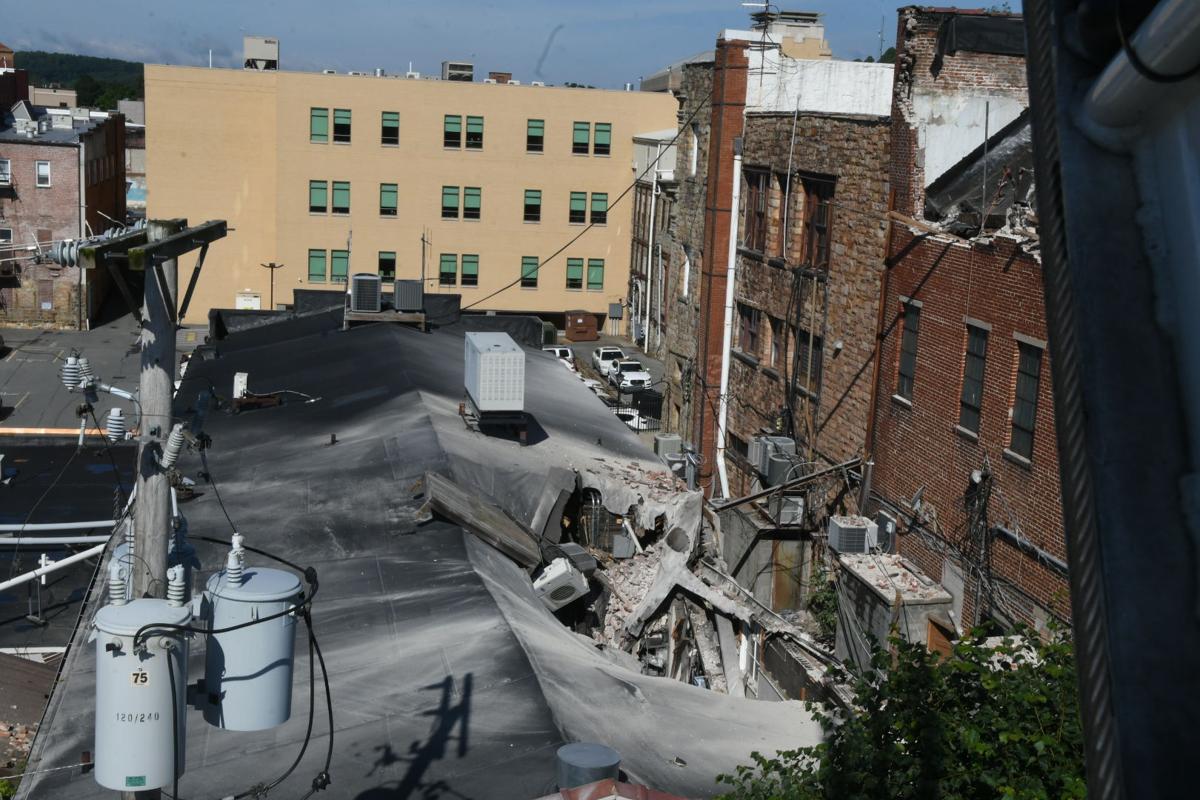 City officials reported that the roof on Walton's Bonding collapsed around 3:30 a.m., according to Rappold. The mayor said Beckley Fire Department Chief Ed Wills notified him of the collapse around 8:30 a.m.

Rappold said Councilman Kevin Price (Ward IV) and other city officials summoned two engineers. Early reports suggest that a construction defect in the Walton building from about 70 years ago may have caused the collapse, he reported.

New Law Office, Wells Fargo and JanCare are among the nearby buildings which sustained damages in the collapse, the mayor said.

"There will be very limited access to those offices, now, to retrieve records," said Rappold. "But in no way will they be allowed to work in there, at this point."

Rappold said that due to the timing of the roof fall, no motorists or pedestrians were harmed.

"It happened at 3:30 a.m., which is a blessing, because there weren't pedestrians out there, or traffic," he said.

He added that the owners of the building have been notified and that they are bringing in another engineer to examine the damage.

This is a developing story.