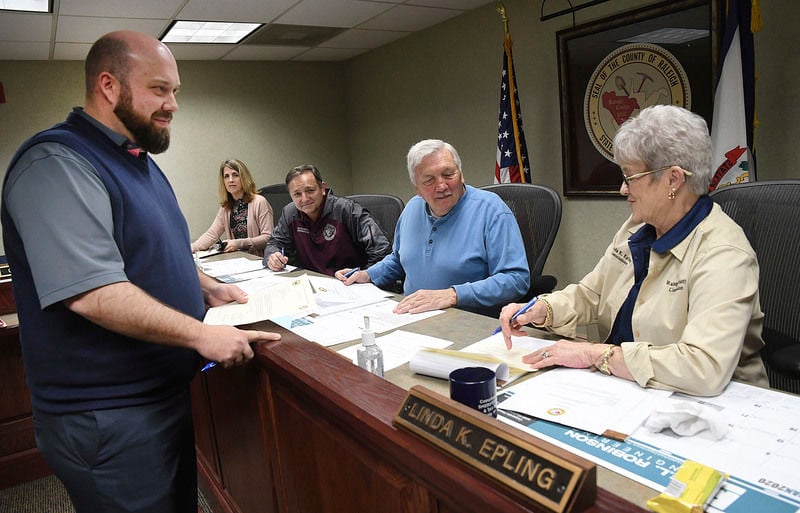 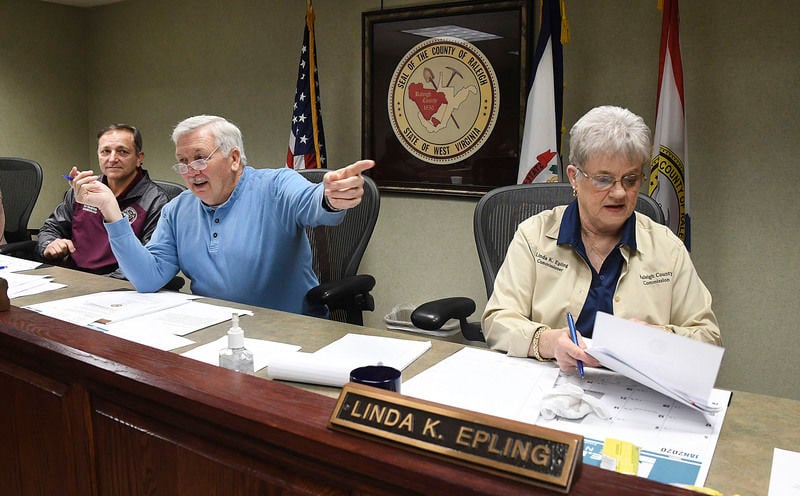 There were no speakers for or against the proposed acceptance, and the entire meeting lasted under five minutes.

Tolliver reassured residents that the ordinance does not allow recreational use of marijuana or smoking of marijuana.

"The main thing, and Lord have mercy, (people say) 'You mean I can't go in there and buy some and smoke pot?' " Tolliver said after the meeting. "It's crazy.

"There is nothing in the state of West Virginia more heavily regulated than this."

Raleigh County Administrator Jeff Miller explained that, under state law passed in 2017 and later amended, growers, processors and dispensers in the state may apply for state permits until Feb. 18.

Under state code, both county commissions and county public health departments must approve marijuana businesses operating in the county.

The Tuesday vote allows processors, growers and dispensaries who are applying for permits in West Virginia to operate in Raleigh County.

"What were doing is, we're just authorizing and reaffirming that allowances of these businesses will occur in Raleigh County.

"We will now be recognized by West Virginia Department of Health and Human Resources that Raleigh County is a county that has gone on record and allowed these businesses to operate in Raleigh County."

Miller said the approval is about job creation.

"It's an opportunity for growth and businesses to operate here, and laboratories from Raleigh County to test and process," he explained. "It's about job creation and job growth.

Growers, processors and dispensers in the county must abide by county zoning laws, and growing must be indoors, under state guidelines.

Tolliver said the county will likely only see tax dollars coming in as state grants.

Dispensaries are charged a 10 percent privilege tax each quarter on gross receipts. The tax may not be passed to patients or caregivers.

Those tax dollars are placed in the Medical Cannabis Program Fund, a special West Virginia Treasury fund that is established under the Act.

The Bureau for Public Health takes the biggest cut (55 percent) of the fund monies. Of the remaining 45 percent, half of it will be allocated to the Fight Substance Abuse Fund.

Forty percent of it will go to Division of Justice and Community Services for grants to local law enforcement agencies for training, drug diversion and crime and addiction programs. This is where Raleigh could see tax benefits, said Tolliver and Miller.

"Being a county that could, potentially, have permits issued within would give us a priority on grant funds for law enforcement," said Miller.

The county may not issue excess taxes on the permit holder. Miller added that if the inventory tax in the state continues, tax revenue dollars for the county will still be applicable for collection on businesses that have inventory and meet existing state laws for the business inventory tax.

Since the April 2017 passage of the Act placed administration with West Virginia Department of Health and Human Resources Bureau for Public Health, the law has been amended. Miller said Raleigh is one of the first counties to open up to the medical cannabis field.

Tolliver emphasized to Raleigh residents that they will not see people walking down the street while smoking marijuana recreationally.

State code requires growers and processors to pay an initial, nonrefundable application fee of $5,000. If approved, the grower/processor pays a $50,000 fee that is valid for one year. Within four to six months of the permit expiration, the grower/processor must pay a $5,000 renewal fee, which will be refunded if the renewal is not granted.

Within four to six months of the yearly permit fee expiring, a renewal fee of $2,500 must be paid. The fee will be returned if the renewal is not granted and will cover all locations.

State law forbids the Bureau of Public Health from issuing permits to more than 10 growers and 10 processors. Each grower may have only one or two locations per permit.

The Bureau may not issue more than one individual processor permit to one person.

By law, only licensed growers, processors and dispensaries may do business with one another.

Local business owners who want to dispense, grow, process or test marijuana for human consumption see potential pitfalls in the form of out-of-state businesses coming to West Virginia to grab profits. Nothing in state code allows only West Virginia businesses to take exclusive advantage of the new law.

A second threat to the medical marijuana industry in southern West Virginia is the state's population. Poverty is widespread, and marijuana grows with minimal cultivation.

Medical-grade marijuana will be tested for mold, mildew, insecticides, fungus, bacteria and potency so that it is safe for those with compromised immune systems. Some fear that West Virginians will settle for a less safe but cheaper marijuana from the street.

It was unclear Tuesday on how local insurance agents would be impacted by the growth of the medical marijuana industry in the county.