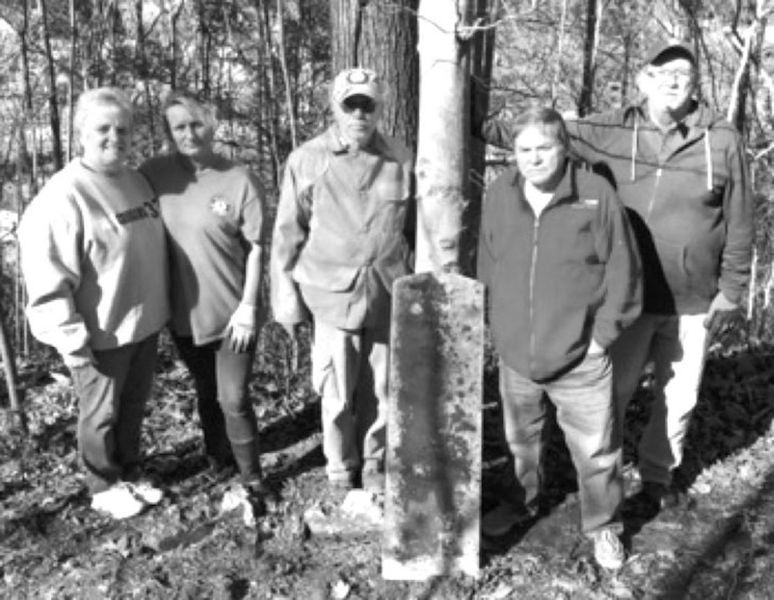 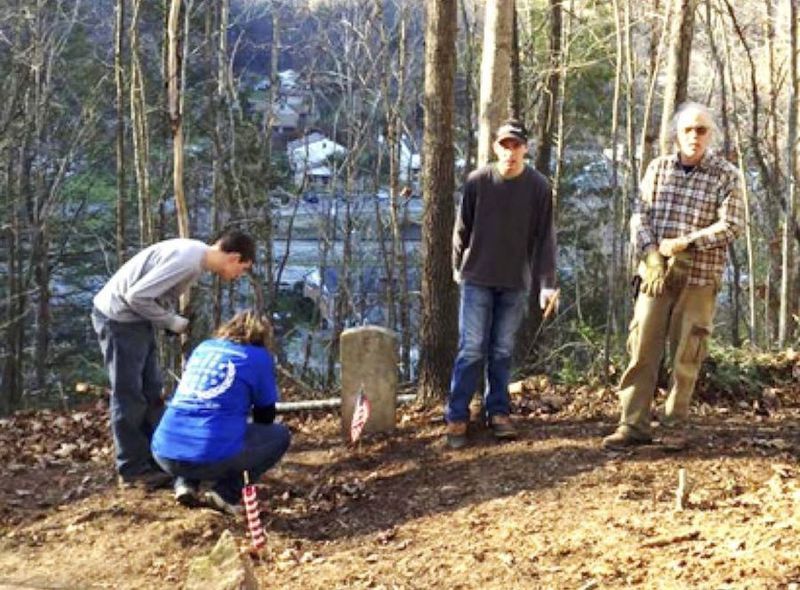 Tim McGraw, right, and University of Kentucky volunteers identify and document African American graves from World War II in the “Lost Cemetery of Mullens.” The house in the background is where Nuriva coal tipple once stood, according to officials.

Tim McGraw, right, and University of Kentucky volunteers identify and document African American graves from World War II in the “Lost Cemetery of Mullens.” The house in the background is where Nuriva coal tipple once stood, according to officials.

Several University of Kentucky students spent a weekend cleaning up and identifying grave sites in the “Lost Cemetery of Mullens,” along with local volunteers and staff from the Mullens Opportunity Center.

“Perched on a hillside across Slab Fork Creek from the former coal camp of Nuriva, the cemetery is now a part of the city of Mullens,” explained Dewey Houck, Rural Appalachian Improvement League (RAIL) director.

The RAIL Culture and Heritage Team is currently researching graves in the cemetery, Houck said.

“In addition, several unmarked graves were uncovered, buried under fallen leaves, branches and other debris.

“Some believe the Chinese workers, who died from the Caloric tunnel collapse while the Virginian Railway was being constructed, are also buried in the cemetery,” Houck said.

The Mullens Opportunity Center and RAIL have hosted several spring break teams and other volunteers during the past year, Houck emphasized. “Teams from Duquesne, Ohio State, Northwestern, Connecticut, Baltimore, Christopher Newport, Elon, Kentuck, and Madonna High School ...” are among them.

“Weirton committed more than 4,000 hours of volunteer service this past year,” he said.

These community projects are possible due to support from Wyoming County Schools, which provides the MOC facilities to host volunteers during their stays, according to Houck.

“Volunteer hours are completely dedicated to projects that enhance the community.

“For example, a high tunnel and gardening complex was built at the MOC,” Houck said. “Flood debris was cleared along the Guyandotte River. Raised beds were also installed at local schools for gardening.”

In September, more than 50 people participated in a cleanup project at the historic Itmann Company Store building.

In addition, the Guyandotte River Park was cleaned up and a boat ramp was installed with the help of Wyoming County East High School students.

“A trail was also built along Milam Creek, and building repairs and other projects were completed, all helping to make Wyoming County a better place to live and attract businesses,” Houck said.

“RAIL is considering an AmeriCorps NCCC team that would arrive in May, with a team of 10 and stay for six to 10 weeks.

Lorrie Ann Cunningham, 51, of Sophia, went home to be with the Lord on Monday, December 6, 2021. Funeral services will be 1:00 p.m. Friday, December 10, at the Beckley United Pentecostal Church, 2232 South Kanawha St., with Pastor Jacob Pack officiating. Burial will follow in Blue Ridge Memo…