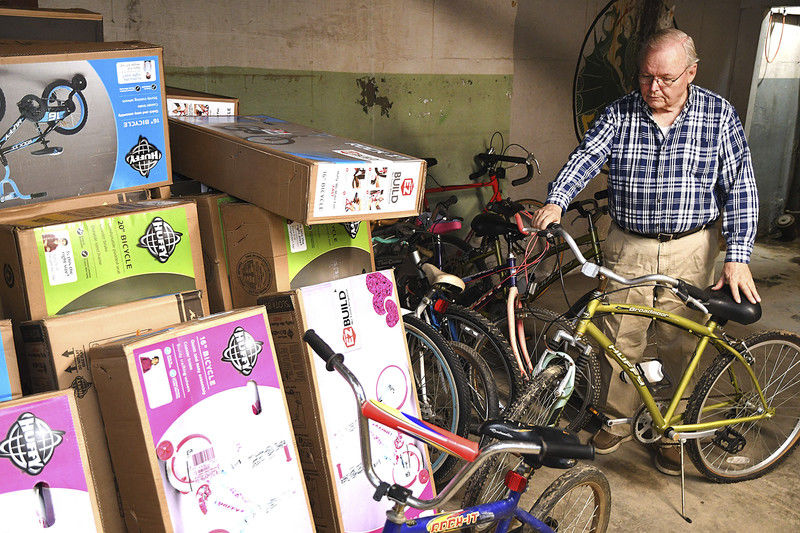 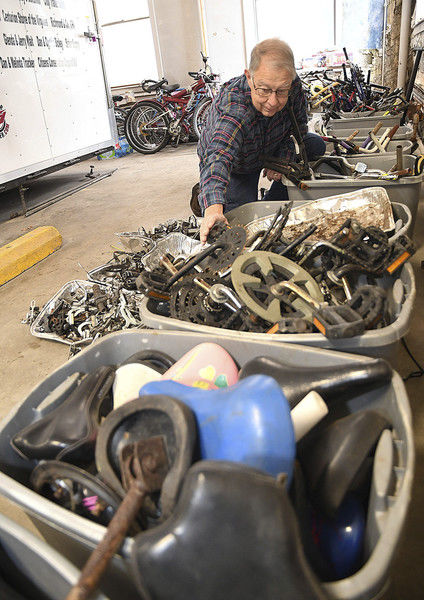 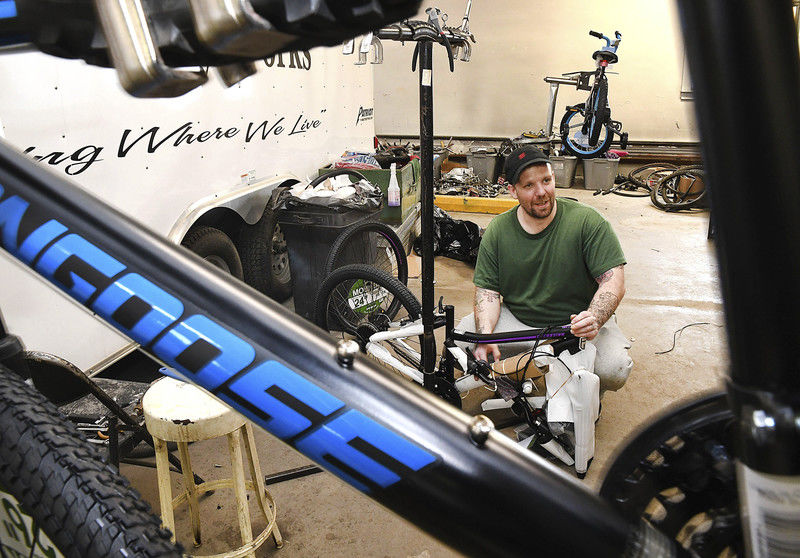 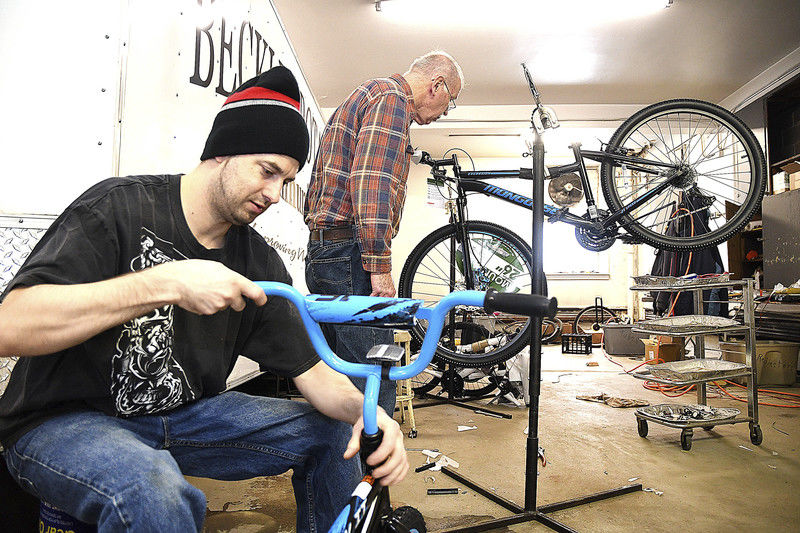 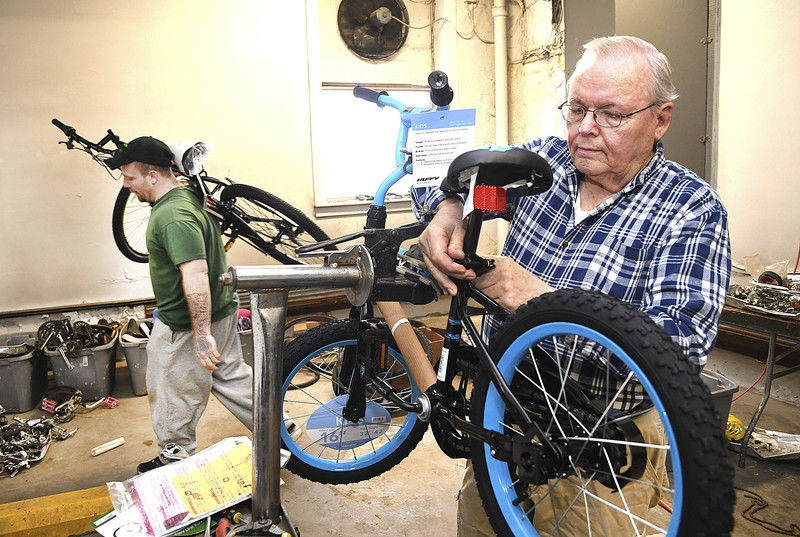 When Beckley Realtor Paige Powers' son was growing up, the family's tradition was to spend Christmas morning volunteering for Mac's Toy Fund at the Beckley-Raleigh County Convention Center.

Every year since 1930, Mac's Toy Fund has raised money and collected used toys, bikes and coats for distribution to children in Raleigh County.

Kids come to a party to choose their toys and a coat. Powers would bring her little boy, Cole Fox, to the party so that the two could volunteer to help children select their gifts.

One of those mornings at Mac's would inspire Powers and motivate other local Realtors to make sure that every Mac's child gets a bicycle.

"(Cole) was about 8 or 9 years old," Powers recalled on Monday. "We were helping.

"As volunteers, you get (paired with) people and help them shop.

"He had gotten two cousins that were his age, and they were shopping together."

Powers said it was still early in the party, and the two boys did not have bicycles. They had each come to Mac's with hopes of getting a bike.

"It's all they wanted," Powers recalled. "That's what they came there for."

When Powers took the boys to the bicycle section, there was one bike left in their size.

"They were first cousins," recalled Powers. "They were arguing, 'You take it. No! You take it!'

"Because they didn't want to take it if the other one couldn't have one."

Powers said Cole ran up and told her that he wanted to give his own bicycle to one of the cousins.

She and Cole delivered Cole's bike to the cousins in the parking lot. Both boys immediately got on their bikes and began riding around the lot while the adults watched.

"One of their mothers was with them, for the bike to be delivered," she said. "We were standing there, just bawling and crying.

"They were so happy," Powers said. "It just touched my heart, though, that it's really something we could do."

After that Christmas, Powers was on a mission to make sure that every Mac's kid who wanted a bike would find one. She started the annual Beckley Board of Realtors Bike Drive for Mac's Toy Fund.

Each year, the board collects bikes and donations for bikes.

"This is my Christmas," said Powers on Monday. "This is all I think about, all I do.

"Everybody asks me, 'What do you want for Christmas?'

"I just don't like to see the kids go without for Christmas."

Powers said others in the Beckley area have joined in to promote physical activity and socialization by helping kids get a bike.

This year, a $5,000 grant from a Walmart manager was used to buy bicycles, and the Beckley Board of Realtors bought 25 more bikes with $3,000 in donations.

Much of the money was spent on the more expensive 24-inch and 26-inch bikes, which is where the most need has been in previous years, said Powers.

One Realtor has also started a tricycle drive for smaller kids, she added.

Mac's Toy Fund President Dawn Dayton said the charity, which was started by Beckley Post-Herald Editor Ted "Mac" McDowell in 1930, continues to help every child have a merry Christmas.

"Raleigh County has been hit so hard by the factors that put families in need," said Dayton. "I'm so pleased that Mac's Toy Fund continues to help the children most affected by those circumstances.

"I doubt that when he started his little endeavor that (McDowell) had any idea it would still be helping, 89 years later. That longevity is a testament to the people who make up our community."

As boys do, Cole Fox grew up.

Now 21 and working as a lineman for Pike Electric in Virginia, he said he also recalls the Christmas that started it all.

"Me and my mom would always try to help out with Mac's Toy Fund, hand the toys out," he said. "Two cousins were in there together and one of them got the very last bike.

"I've got an older brother. I know how it is, him getting to do something I couldn't do. That kind of sucks.

"I wanted to make sure both of them had a bike," he explained. "That kind of kicked it off."

He said he calls in to his mom to check with how the bike drive is going. He said Monday that he still tries to come in and volunteer at Mac's every year, along with his fiancee, Teaira Hicks.

"We try to come back and volunteer our time, make sure that everything gets rolling," said Fox.

Powers asked the community to drop off a bike at BJW Printing, the Beckley Board of Realtor's Office or the former Beckley Fire Department Fire Station #3.

Working with Beckley Fire Department and firefighter Arnold Bolen, Boy Scouts assemble new bikes and tighten and clean used bikes to make sure they are in safe condition.

"He's awesome," Powers said of Bolen. "He gets crews together, because somebody has to assemble the bikes after we get them."

The Beckley Board of Realtors throws a large party every year with games, drinks and prizes, to raise bike donations for Mac's Toy Fund. In past years, Mountaineer Automotive had hosted the party. Mountaineer is in the process of transitioning to new ownership in 2019.

This year, Powers said, Hometown Subaru stepped up to host the bike drive party on Dec. 13 at the Hometown Kia Showroom.

Pasquale's will cater the party, which will offer live music, karaoke, an ugly sweater contest, a cash bar and cornhole/bags.