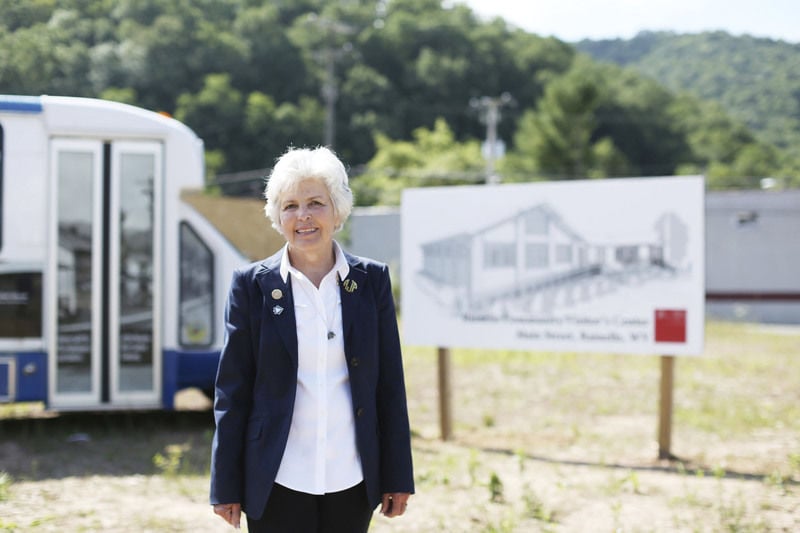 Former Rainelle Mayor Andy Pendleton was recently named a Distinguished West Virginia by Governor Jim Justice. Here she is in front of a proposed visitor center location she is now working on. (Chris Jackson/The Register-Herald) 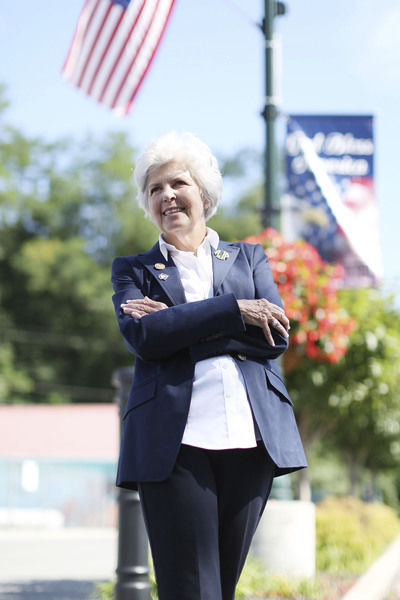 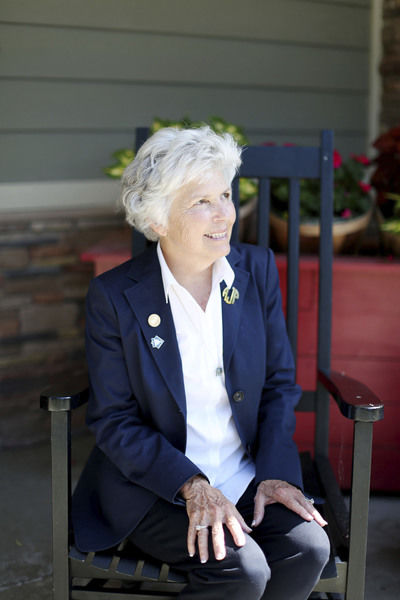 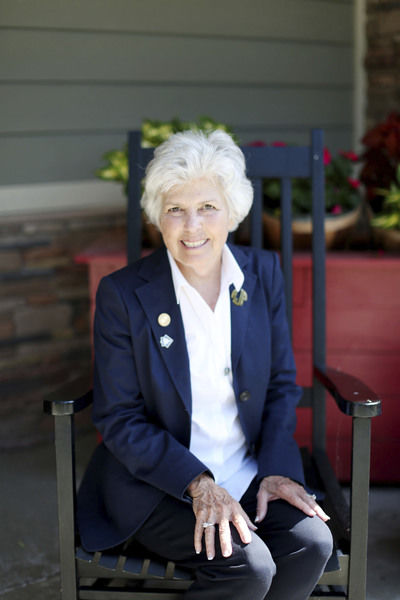 Former Rainelle Mayor Andy Pendleton was recently named a Distinguished West Virginia by Governor Jim Justice. Here she is in front of a proposed visitor center location she is now working on. (Chris Jackson/The Register-Herald)

It was likely one of the fanciest and most successful surprise parties most of the guests had ever attended.

That was definitely the case for former Rainelle Mayor Andrea “Andy” Pendleton, who was driven to the entrance of the West Virginia Governor’s Mansion on July 2 under the pretext of having a family photo taken. But when she arrived, Pendleton was greeted by first lady Cathy Justice, who escorted her into a room filled with familiar faces, saying, “This is for you, Andy.”

Friends and family had been secretly invited to attend the luncheon at the Mansion during which Gov. Jim Justice would surprise Pendleton by naming her a Distinguished West Virginian. Many glowing remarks about the woman of the hour also highlighted the event.

“I’ve only given out a few of these awards during my time in office because I feel they are very important,” the governor said. “Andy is so deserving of it for all the work she has done for Rainelle and all of Greenbrier County.”

Pendleton told The Register-Herald later that, with so many of her family members and close friends in on the secret, she was amazed that no one had hinted to her the real reason behind the road trip to Charleston that day.

“It was a big surprise,” she said. “I was overwhelmed. It’s such a great honor. Words cannot express how I feel about this.”

Pendleton said she was particularly touched by the words shared by Maj. Gen. James Hoyer, adjutant general of the West Virginia National Guard, as he spoke of her dedication to Rainelle during and after the deadly flood of 2016.

And she made special note of the first lady presenting her with a Blenko vase in honor of the occasion.

After four two-year terms as Rainelle’s first woman mayor, Pendleton decided not to seek re-election this year, ending her tenure on June 30. Moving from mayor to private citizen is an ongoing adjustment, she said.

But while she may no longer be mayor, that doesn’t mean she has quit working for the betterment of her town.

One of her classmates from Rainelle High School’s class of 1964 acknowledged as much in a recent post on Pendleton’s Facebook timeline.

“Andy, our Class of ’64 loves you and is so proud of and thankful for you,” Dale Tincher wrote. “I know you. You won’t retire to a rocking chair. I know that you will continue to love and work to improve the lives of those around you.”

In a separate post, Tincher wrote, “I know you will still stay busy, but you can pick your projects now.”

Pendleton has already picked her primary project; she’s continuing her effort to establish a Community Center/Visitors Center on the corner of Main Street and Ohio Avenue in downtown Rainelle.

The town owns the property where Pendleton envisions the center will stand. It is close to Town Hall, the municipal swimming pool and Greenbrier Hills Golf Club and will provide a centrally located trailhead for the Meadow River Trail, once its link to Rainelle is complete, Pendleton said.

Architects connected to Appalachia Service Project (ASP) — a faith-based organization that played a key role in the town’s recovery from the 2016 flood — are working on plans for the center, the former mayor said. Included in those plans, she noted, is some landscaping.

“Nothing fancy,” she added.

But even if it isn’t “fancy,” the project does come with a price tag that’s higher than Pendleton had originally imagined. Now, she has found that it will probably take around $400,000 to complete the center.

Pendleton is still optimistic that she can bring the project to fruition, pointing out that the building fund has grown to a little over $70,000, with more promised.

“It’s going to be a challenge,” she said. “Everybody just needs to work together.”

She invites anyone with time, materials or money to donate or with questions about the project to contact her at 304-667-9233.