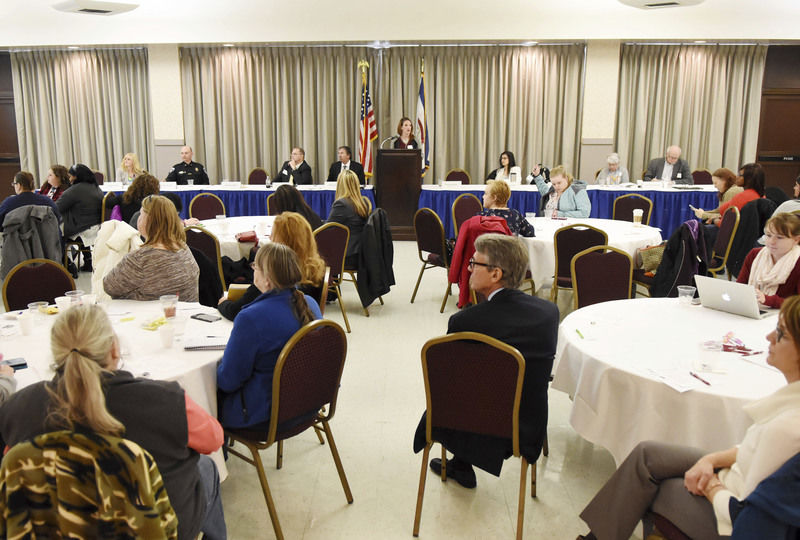 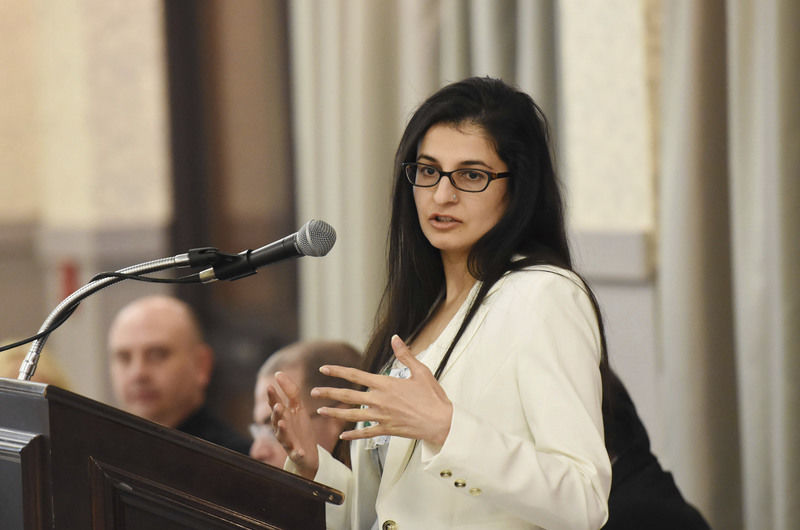 Zonaira Gul, MD, Beckley ARH Infectious Disease, speaks about the prevalence of HIV and Hep. C during Communicate: Hep. C & HIV hosted by Beckley ARH at the Beckley-Raleigh County Convention Center Tuesday in Beckley. The discussion focused on a forum to discuss a community response to a community public health crisis relating to HIV and Hepatitis C. (Chris Jackson/The Register-Herald) 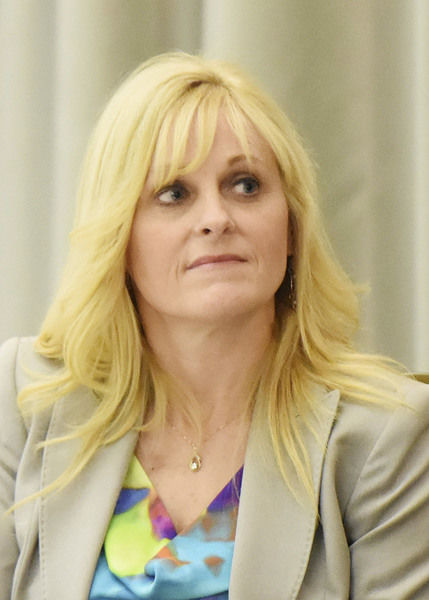 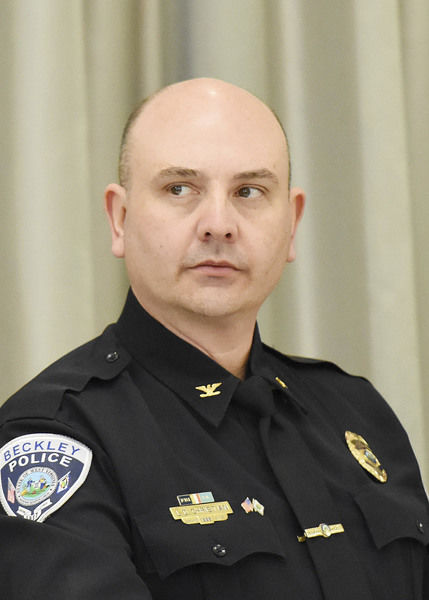 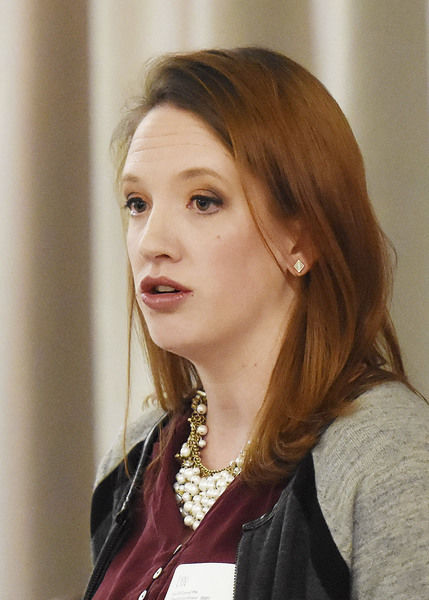 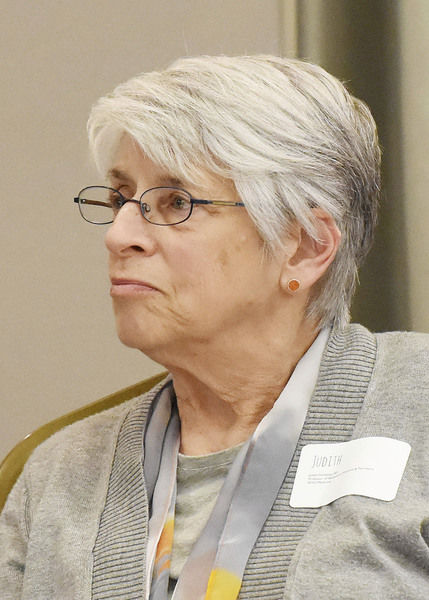 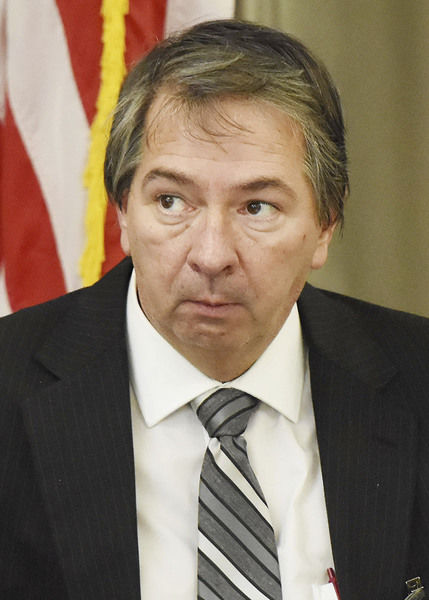 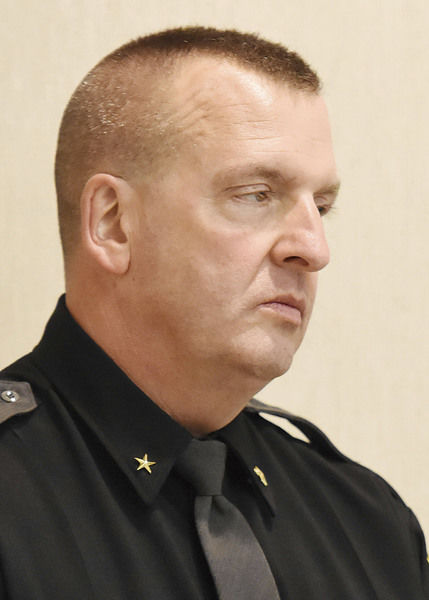 Zonaira Gul, MD, Beckley ARH Infectious Disease, speaks about the prevalence of HIV and Hep. C during Communicate: Hep. C & HIV hosted by Beckley ARH at the Beckley-Raleigh County Convention Center Tuesday in Beckley. The discussion focused on a forum to discuss a community response to a community public health crisis relating to HIV and Hepatitis C. (Chris Jackson/The Register-Herald)

Between 2006 and 2012, critical cases of hepatitis C in West Virginia increased by 364 percent.

Dr. Zonaira Gul, infectious disease consultant at Beckley ARH Hospital, said 60 percent of new acute cases of the communicable disease are due to intravenous drug use.

Gul was one of eight panelists who shared statistics, anecdotes and possible solutions to the growing problem in the Mountain State.

Nearly every speaker said an important step in curbing the spread of HIV and hepatitis C is establishing more needle exchange or harm reduction programs.

The second-to-last panelist, Candance Hurd, said a program is currently under development in Raleigh County.

Hurd, administrator of the Beckley-Raleigh County Health Department, said needle exchange will be one element of the comprehensive harm reduction program.

“This is not just about giving someone a clean needle, but working with the individual to overcome addiction."

A major component of the program, Hurd said, will be encouraging participants to use long-acting contraceptives, so fewer children will be born drug exposed.

Not only is infant withdrawal a concern with pregnant mothers who use drugs, but also the potential to pass diseases along to the child.

"Our task force works because all the agencies work together," Van Meter said. "That’s the only way you can do it to fight this drug epidemic."

Twenty years ago,  the most problematic drugs were crack cocaine and marijuana. Ten years ago, it was prescription pills and synthetic drugs, including meth.

With the prosecution of over-prescribers, the number of prescription drugs available on the street started to dwindle.

“Now, it’s crystal meth and heroin,” said Beckley Police Chief Lonnie Christian. “Oxycodone, a general 80 milligram pill costs $60 to $100 on the street. Heroin costs about $9 a dose. Someone looking for a fix or a high, they can get a whole day’s worth of product in heroin for what one oxy pill costs.”

Heroin is oftentimes laced with fentanyl, a synthetic opioid 50 to 100 times more potent than morphine.

“We’re getting more overdose calls because of this,” Christian said.

Paul Seamann, director of operations at Jan-Care, knows all too well. He said each year, the ambulance service performs 125,000 responses and roughly 95,000 transports.

“Many of those who we don’t transport are the ones we give naloxone to,” Seamann said. Naloxone is a medication that reverses the effects of opioid withdrawal.

Seamann said EMS responders need a place to encourage overdose survivors to go if they refuse to be taken to the hospital. He suggested opioid response teams, which could follow up with patients after their overdose to connect them with resources and treatment options.

Some people are critical of patients who receive multiple doses of naloxone, but Seamann said, “This isn’t a one and done thing.”

“We have to give them an opportunity,” he said. “It’s the same with diabetes. People don’t always change their diets right away.”

Coming from a place of tolerance and understanding is important, one presenter said.

Lyn O’Connell with Marshall University talked about how damaging and stigmatizing the language surrounding addiction can be.

“Research indicates stigma is the largest barrier to accessing treatment,” she said. “Many people refuse treatment because they don’t want to be labeled.”

O’Connell encouraged everyone to think about the words they use when referring to individuals with substance use disorder (SUD). She said words like “clean” and “dirty” come with connotations. Instead, use the word drug-free when referring to someone who is no longer using drugs.

“Small changes in your language can influence how you perceive others and how they perceive themselves.”

She especially encourages “person-centered” language. For example, say “a person with addiction” instead of “an addict.”

Decreasing the stigma surrounding drug use will allow more individuals to be tested for communicable diseases and treated, Dr. Gul said.

Testing is incredibly important, as one-fifth of infected Americans do not know they are HIV-positive. Regardless of risk factors, Gul said everyone should be tested.

She said testing can lead to treatment, which can improve patient outcomes and curb the spread of disease. Both HIV and Hep C are treatable.

"We need people within the community to lead and tackle these problems," he said. "It's the only way we can take our towns and counties back."

Dr. Judith Feinburg at West Virginia University said without some major changes, hospitals will soon be overwhelmed with patients who have AIDS and end stage liver disease.

She and a colleague are working on several initiatives to better understand the addicted population and how to connect people to services.

"We're not going to stop the spread of these infections by wishing them away."

Rocco Massey, CEO of Beckley ARH Hospital, thanked everyone in attendance for sharing their ideas.

“We’re not going to let this candle go out,” he said.

A follow up meeting will be held March 6 at the Beckley ARH gymnasium at 10 a.m.