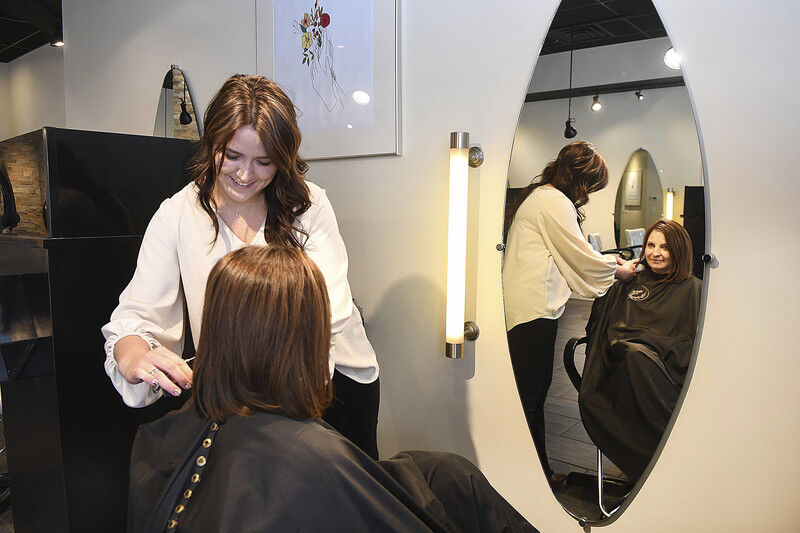 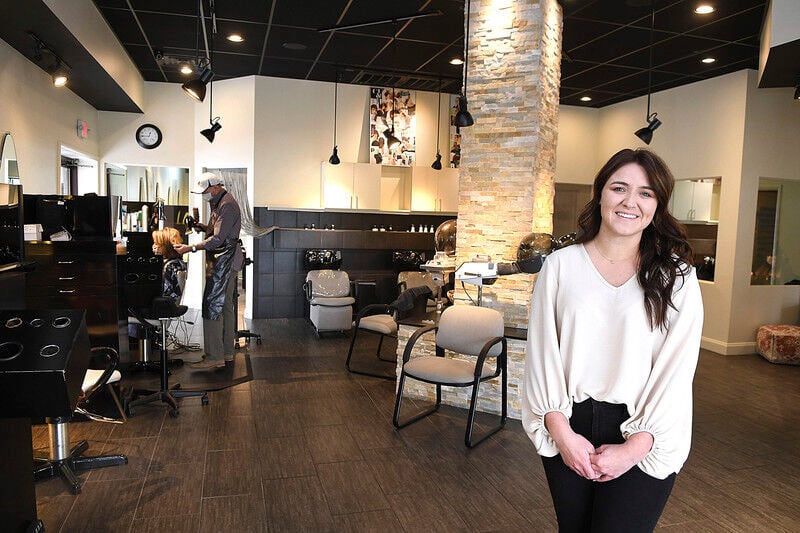 Kyndl Miller, opened Faye & Co. Salon on City Avenue in Beckley in November. The 26-year-old said she always dreamed of owning her own salon and opening it in her hometown is was important. (Rick Barbero/The Register-Herald) 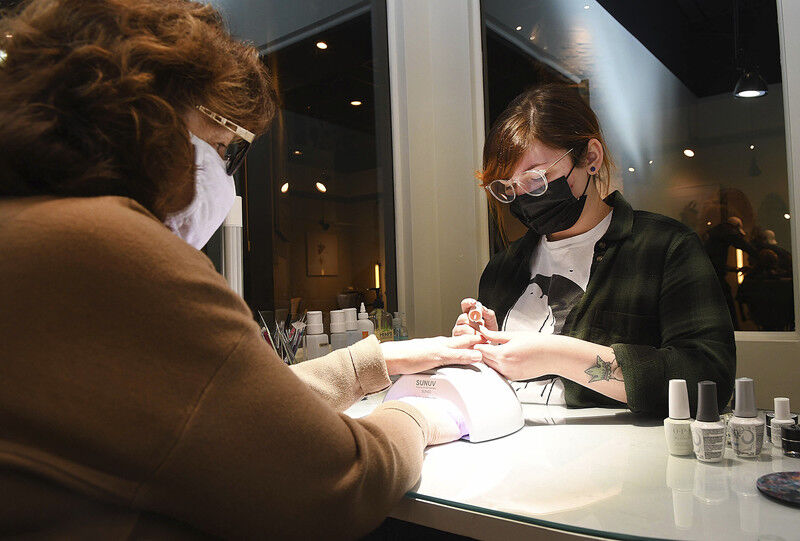 Kyndl Miller, opened Faye & Co. Salon on City Avenue in Beckley in November. The 26-year-old said she always dreamed of owning her own salon and opening it in her hometown is was important. (Rick Barbero/The Register-Herald)

In November, despite the uncertainty surrounding Covid-19, the 2012 Shady Spring High School graduate, took a leap of faith and opened her own salon, Faye & Co. Salon in Beckley.

“I was nervous because we were shut down for six weeks,” Miller said of the spring 2020 closure of non-essential businesses. “I thought to myself, ‘What will happen if we shut down again?’ Basically, I’m having faith it will all work out because you never know.”

And so far, so good.

Miller said, Covid aside, she was ready for business to slow down after the holidays.

She said January and February are always slower months for salons.

“But we’ve been super busy,” she said, of the salon’s three stylists and two nail techs. “I’m truly surprised by how well it’s going.”

Miller said she was 12 or 13 when she decided she was wanted to become a hairdresser.

“I just love people,” she said. “I love talking to people and making them feel pretty, and I think this is a great opportunity to make someone feel better about themselves.”

After graduating with an associates in business from Concord University in 2014, Miller got her cosmetology degree from ACT in Beckley in 2015.

She first honed her skills at a salon in Princeton because it was closer to the Flat Top home she shares with her husband Jonathan, but took a position at Strands in Beckley to be closer to her church.

All the while, though, she knew she wanted something of her own.

She said she found just what she was looking for at 301 City Ave., the former location of Shear Style Salon.

“I got super lucky,” she said of the property she closed on and moved into in less than two weeks. “I pretty much just changed the décor. It was move-in ready. I just had to turn on the power and we were ready to work.”

So far, Miller is joined by nail techs Marsha Bailey and Heather Dove and stylists Stephen Gray and Jamie Mowell. She hopes to add three more stylists to the “family” in the near future.

The nail techs offer pedicures, manicures, detailed nail art and basic manicures and the stylists offer a wide variety of services, each, she said, with their own specialties.

“Jamie is great at balayage (a style of highlighting) and is great with vivids – bright blues and greens,” she said of the stylist with whom she graduated beauty school.

Miller said she most enjoys balayage because it’s more like hair painting and offers her an opportunity to be creative. But she says she also simply enjoys cutting hair.

“Men or women,” she said. “I think men’s hair cutting is actually more detailed sometimes so it’s more of a challenge and really tests your skills.”

And as much as she loves testing her skills, she said she simply loves making connections.

“Eventually you make lifelong friends,” she said, explaining she’ll see some client from high school graduations through weddings, childbirth, grief and all of life’s milestones.

“It’s really cool making that connection and watching people as they figure out what they’re going to do with their lives,” she continued. “And they put their trust in you, so you make them feel important and beautiful and seen.”

Miller, who was adopted and named her business for the woman she considers her mother, said it is important to her that she opened her business in her native Raleigh County. And she hopes she can be an example to other people her age, who might think they have to leave to chase their dreams.

“I couldn’t imagine myself working anywhere else other than where I am,” she said. “And as a young person who opened a business, I also think it’s cool to show that it doesn’t matter where you came from. You can do anything you set your mind to.

“We should encourage young people to start their business and hopefully they’ll stick around here and help us grow as a community.”