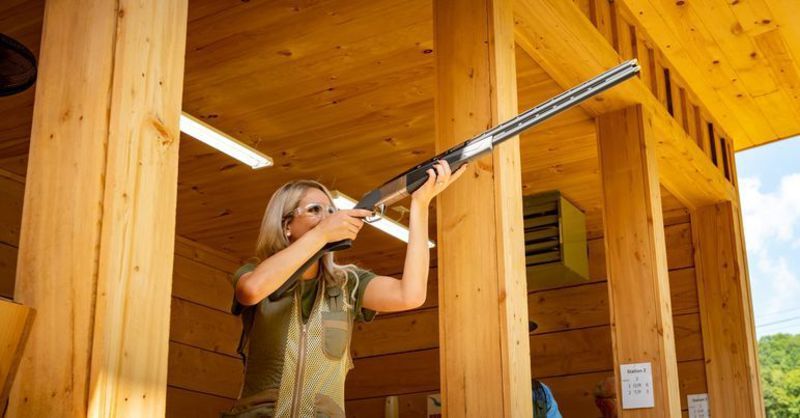 Men and women of all ages can participate in clay shooting, which is one of the reasons it is so popular. Courtesy Photo 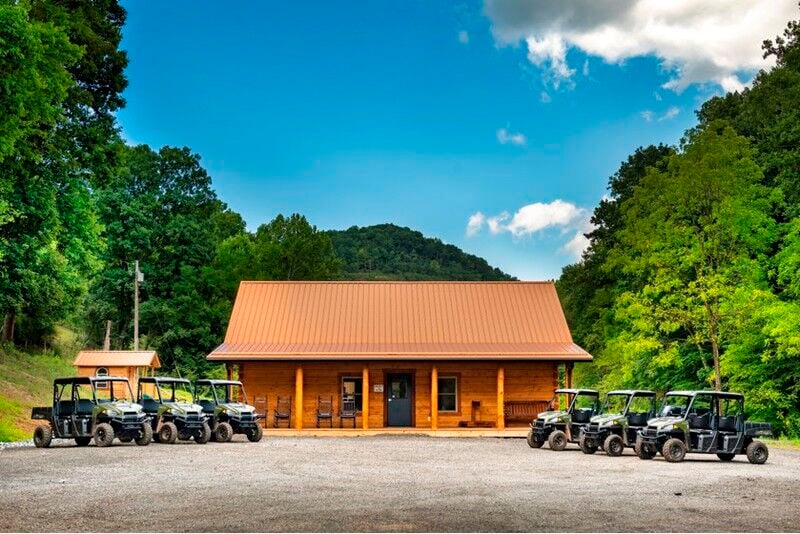 Guests sign in at the main lodge before beginning their shooting experience at Stonewall Sporting Clays. Courtesy Photo 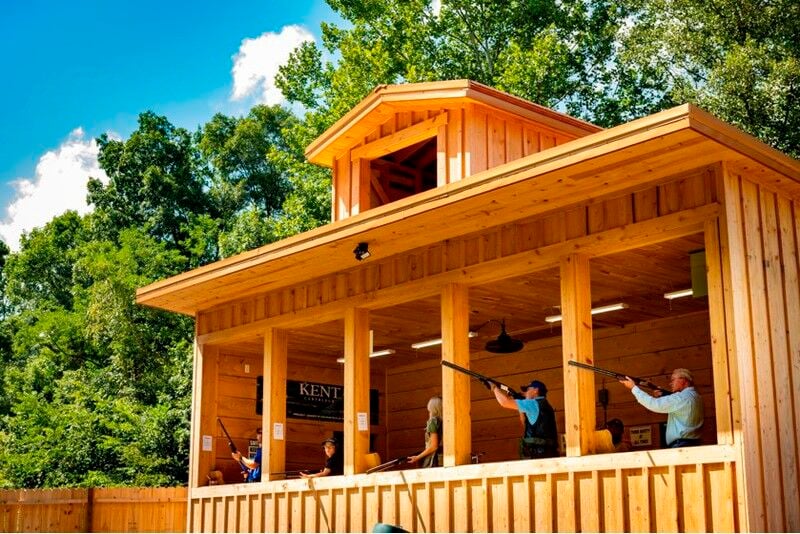 The 5-stand range provides a host of challenges for shooters and is heated for year-round access. Men and women of all ages can participate in clay shooting. Courtesy Photo

Men and women of all ages can participate in clay shooting, which is one of the reasons it is so popular. Courtesy Photo

Guests sign in at the main lodge before beginning their shooting experience at Stonewall Sporting Clays. Courtesy Photo

The 5-stand range provides a host of challenges for shooters and is heated for year-round access. Men and women of all ages can participate in clay shooting. Courtesy Photo

ROANOKE — It has been a long and unique path that took a Braxton County boy to the only complete sporting clay facility in the Mountain State.

Kevin Teets is the son of Ray and Carol Lewis Teets of Keener’s Ridge, Braxton County. Growing up, Kevin and family followed his father as he traveled the United States with the construction trades. During that time, Kevin decided he wanted to be a professional cowboy when he grew up. So, after graduation, he moved to Texas where he also found work in the construction industry and began following his passion on the rodeo circuit.

Circumstances led Teets to return to his native West Virginia, where he opened horseback riding stables on the Stonewall Resort property just off the Roanoke exit.

His second profession as an auctioneer also flourished. Teets found a niche in the auctioneering world and took advantage of it. Honing his Spanish, he soon became a bilingual auctioneer and found himself in high demand. For the next several years he traveled the world applying his specialized skills.

West Virginia home fires never left the county boy and in 2004 he returned to the Mountain State for good.

During those travels Teets was first introduced to the sport of clay shooting. “I fell in love with the sport instantly,” Teets explained.

Back in West Virginia he just couldn’t get his newly found passion out of his mind. Partnering with associates he met and befriended as an auctioneer, Teets shared his idea of a full-fledged clay shooting facility with Tom Flynn and Dwayne Yoste, who both readily signed on to the idea of Stonewall Sporting Clays. A 65-acre tract of land on Goosepen Road, just off Exit 91 of Interstate 79, soon became home for the new facility and the construction began.

Teets couldn’t do it alone. Even with the help of his partners, he still needed his right hand man, well, woman on board. While his wife of 15 years, Ginnie, knew of his love of sport shooting and his desire to open the business, it was a Christmas present that Teets bought his wife that ultimately drew her into the business.

“I bought her a shotgun for Christmas, which earned me a ‘you got to be kidding’ response. While she was not enthusiastic at first, just a couple of visits to the range was all it took,” Teets explained.

Following his philosophy that clay shooting is the perfect family sport, Teets' whole family participates. “My oldest son Brandon, who is 21 and a college student, loves to shoot, as does my wife and our 9-year-old, Zoey. The younger girls — Katie, 7, and Gracin, 5 — keep score and run the target projection equipment. It makes for a perfect family outing.”

In 2019 Stonewall Sporting Clays opened for business with a 16-station course complete with state-of-the-art automated equipment. There is also a heated five-stand facility for year-round comfort. The five-stand features competitive skill testing for up to five shooters on a variety of target angles, locations, and distances. It also provides a suitable environment for instruction of new shooters.

A spacious lodge features restrooms, a refreshment area, comfortable seating and a retail corner for apparel and accessories.

Teets explains that Stonewall Sporting Clays makes it easy. If you’re an experienced shooter, the modern equipment and the challenging course are a marriage made in heaven, he said. If you’re a beginner, SSC can provide the gun, ammunition and an ATV to help you get around the course. They will even provide basic instruction.

The new shooting range has already been recognized for its central location and class A facility. They have hosted two West Virginia State Championships and a number of league activities. This year, they will host five sanctioned two-day matches for the National Sporting Clays Association.

Its Wednesday Night League — shooting under the lights — has become a big hit with those just venturing into the sport. From May to October the facility hosts Dine and Shoot every Thursday night, where participants can take on 50 targets then dine on a barbecue dinner catered by the Stonewall Resort, all for $50 to $90 a person, depending on shooting preference.

The range can accommodate up to 150 shooters at the same time. An average person can visit all 16 stations and fire off 50 to 100 rounds in about two hours. If you have your own gun, ammo, and ATV, all you have to do is arrange for range time.

Teets still finds a little time for auctioneering of what he terms special events, like the Barrett-Jackson Antique and Classic Car Auction that he works five times a year.

Teets is extremely pleased with the reception his business has received from central West Virginia and beyond.

When asked what the future holds for his venture, Teets didn’t hesitate. “I just love introducing people to this great sport. I want the facility to grow as a safe, family-oriented venue. If you like to shoot, you really need to come and try clay shooting at Stonewall Sporting Clays. We also plan on building a 3-D archery course in the near future.”

Teets would also like to help develop programs for youth, maybe even in conjunction with area high schools. Clay shooting is already an Olympic sport, plus a lot of college scholarships are available in the shooting world which young people can take advantage of, he explained.

The owner and his staff of seven invite those interested in sharpening their shooting skills or just trying something new to come to Stonewall Sporting Clays, check out the facility and be a part of the fastest growing sector in the shotgun shooting world.

Billy Heath passed away March 1, 2021 at Hilltop Nursing Center. He was preceded in death by a son, Richard. He is survived by his wife Dolly; daughter, Patricia and husband Rennis; sons, Johnny of Midway, Kyle and wife Sharon of Stuarts Draft, VA, Billy, Jr. of Phoenix, AZ; several grandchi…

Should West Virginia hike a variety of other taxes, including consumer taxes, in order to eliminate the state’s personal income tax?