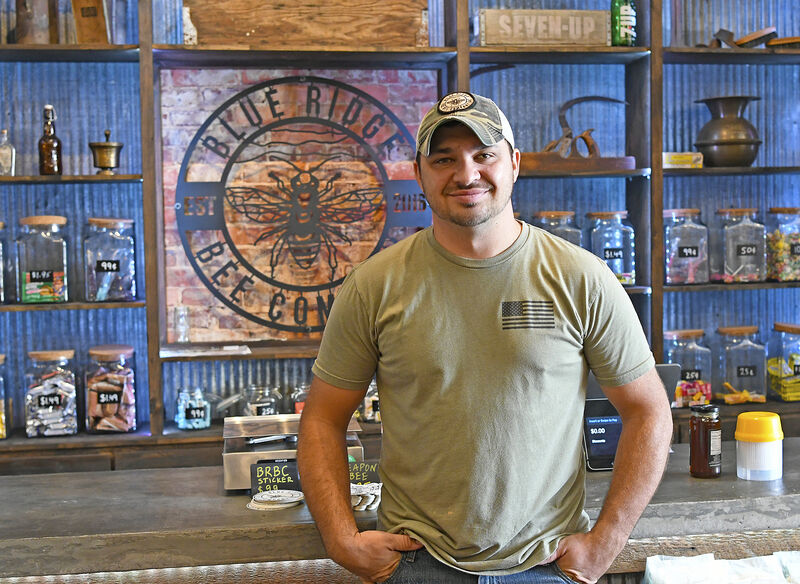 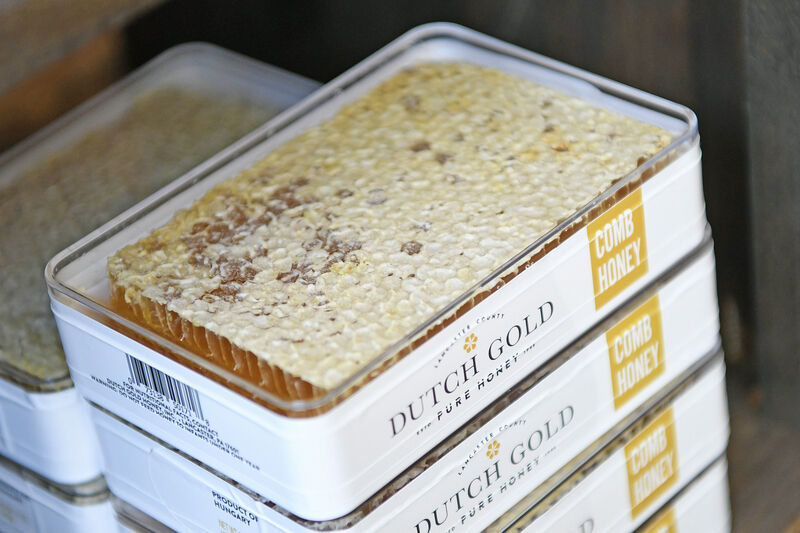 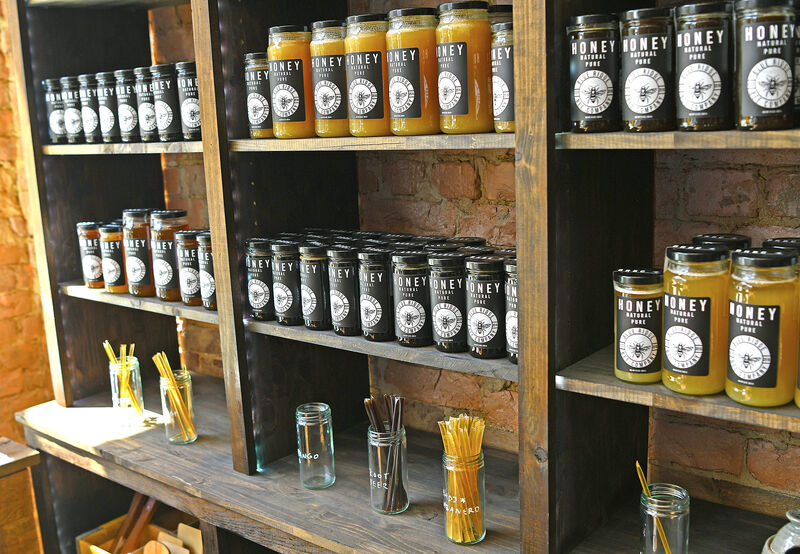 Thoughts of beekeeping began to buzz through Will Lambert’s mind during his time as an oil field engineer in Kentucky and Pennsylvania. After years of research and making the decision to stay at home with his newborn daughter in West Virginia, those thoughts finally grew into a full-grown beekeeping operation.

“I had a lot of extra time in the oil field,” he said. “It was a busy job but there were spurts of nothingness that would consume you, so I was always researching something. One day I looked up keeping bees, and I’ve been educating myself and learning about them ever since.”

Lambert immersed himself in learning about beekeeping as he cared for his daughter while his wife, Dr. Emily Lambert, focused on her career as a biology professor at Bluefield College.

“I decided to be a stay-at-home dad when my little girl was born and my wife worked full time,” he explained. “My wife can’t really help – she’s allergic – but she helps in the honey process. She helps with extracting and bottling it. That’s more of her thing anyway. When she would get home from work, then I’d go to work, and that’s how we did it for about five years.”

The couple initially started with two hives and were excited to see they made it through winter. During that time, the Lamberts became focused on finding ways to mitigate the Varroa destructor mite that attacks and feeds on honeybees and began making their own tool to help with oxalic acid vaporization.

“It’s a big topic in beekeeping today,” said Lambert. “Back then, oxalic acid was used in Europe, but the USDA hadn’t, at the time, made it legal for beekeepers to use in the U.S. It’s a really good, cheap way to treat Varroa mites.”

According to Lambert, the vaporizers made at the time were expensive, so they wanted to make their own less expensive but comparable product. Made of high-quality materials like aircraft grade aluminum, 12-gauge wire and oak hardwood, the vaporizer they came up with was originally intended to be used only by Lambert.

“You know, I never intended on selling them,” he added. “I made two for myself but then I put it on eBay, and now we’ve sold thousands of them.”

Lambert said the success of the vaporizer led to the eventual opening of a storefront in Princeton. After operating for years online, Blue Ridge Bee Co. opened its doors in December 2019 in the Mercer Street Grassroots District.

“We found this property was for sale and we really loved the tall ceilings and the big windows in the front and we kind of just went for it,” he said. “We bought it and we spent about two and a half years working on the building, coming up with ideas and buying stuff to put in it. Then we opened, and it was really awesome. People were lined up out the door. I would have never dreamed it would be that popular, but people really love it and we really enjoy it.”

In addition to the beekeeping supplies they sell online, Will and Emily also sell kits for beginners, safety equipment and all the tools for keeping bees. In store, they feature 12 to 20 different types of honey, local pickles, jams and jellies, bread, baked goods and meat.

“We have pork and beef and usually in the fall, we get lamb,” Lambert said. “It’s either raised by me or a butcher we know in Monroe County.

“It’s all farm-raised meat and it’s just really good. We try to keep the price as low as possible to keep competitive so for farm-raised meat, it’s a pretty good deal, I’d like to think.”

Reminiscent of an old-fashioned general store, customers often pop in to browse the collection of local goods or have a taste of hand-scooped ice cream.

“It’s definitely something that they’ve probably never seen before,” Lambert said of the selection. “We have things from southern West Virginia and the surrounding areas that support the locals and people with small business. We try to educate people about honeybees and the process. Whether it’s over ice cream or people just stopping in to look at the tools, we talk to several people a day about keeping bees.”

Beekeeping, he says, is something people are drawn to.

“People are sometimes scared of being around something that can sting you,” he explained, “so it’s kind of fun talking to them about it and answering their questions. That’s definitely one of the more fun parts of the business.”

They also offer a Beekeeping 101 training, which walks students through a years’ worth of beekeeping.

“When you are brand new, there’s just so much more to it than putting them in a box and leaving them,” Lambert said. “There’s never really time off as a beekeeper, even in the winter.”

While spring, summer and fall are busy for beekeeping, he says people are buying what they need for the upcoming season during winter.

“The times when we’re not selling bee equipment, it seems like we’re selling a lot of the honey and meat and breads,” he said. “People in the community have been really receptive and just really supportive of what we’ve been trying to do. Since the first day, we really haven’t had a slow time. Even when the state was shut down, we were doing curbside pickup.”

Lambert says business stayed so busy during the pandemic that at times, it was hard to keep up.

“Both of us are excited and almost kind of a little overwhelmed at how busy it is,” Lambert said. “We’re just trying to make sure we’re keeping up with everything and keeping people happy and doing our best for southern West Virginia.”

Over the years, the Lamberts have added three employees. They’ve also grown into a family of four after welcoming a son. Both originally from Mercer County and now raising their children in Princeton, Will says he and Emily were determined to bring something special to southern West Virginia.

“Our main goal, which is really why we set out, was just to supply beekeepers who really don’t have anyone else to supply their stuff,” he said, “and then to educate people.”

While staying focused on supplying beekeepers with equipment and education, Lambert says they love bringing in new brands and products.

“We’re always getting new stuff in,” he continued. “We get a couple new brands every month that we try to incorporate in so there’s always new stuff in the store.”