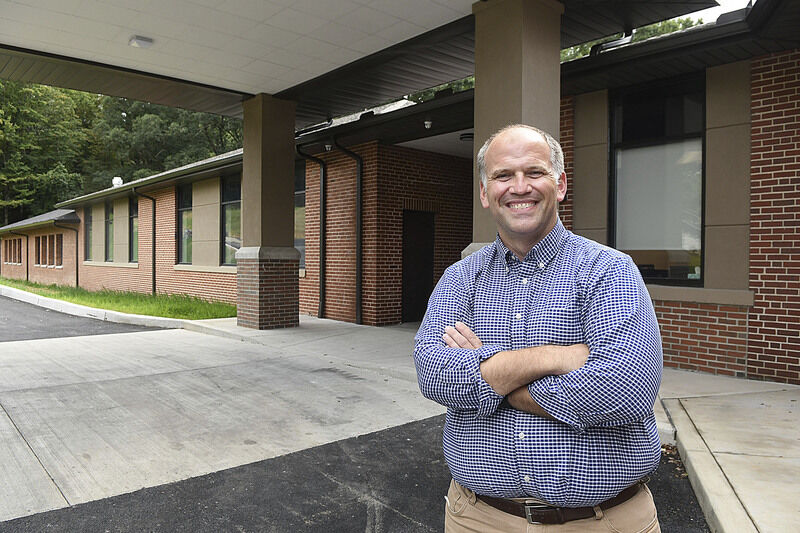 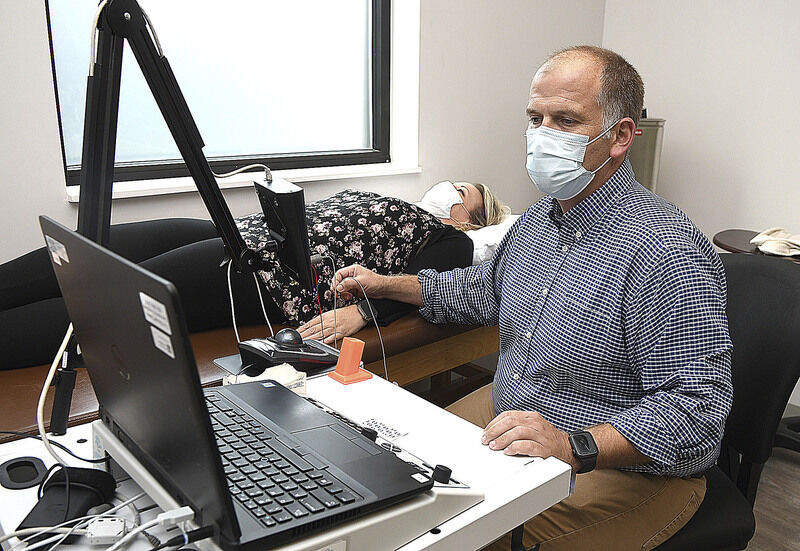 After being closed for three years, the halls of the former Crab Orchard Elementary School will once again be filled with people.

They just won’t be carrying backpacks or lunch boxes.

Although Vaught has operated a practice in Beckley for nearly 14 years, he said the new space is roughly triple the size of his former location at the Raleigh Medical Complex.

He said the added space will allow him to see more patients and offer care more quickly.

Vaught said his new office space at the former elementary school is a total of 9,000 square feet, which is only a fraction of the 32,000-square-foot building.

He added that he has no intention of letting the remainder of the building go to waste and everything for the school’s gymnasium to the kitchen is being utilized.

Vaught said a portion of the additional space will be used to open a fully functioning retail coffee shop as well as office space. He said the plan is to have those spaces open by Oct. 1.

Having purchased the school building in September 2019, Vaught said the renovation of the building began last winter in order to turn the building, which was constructed in the 1950s, into a modern medical facility.

“During demolitions prior to the renovations, we really took everything down to the bearings and cinder block walls,” he said. “The divisions between the classrooms and even the location of the restrooms are all completely different and completely renovated. Even the main entrance we have reconfigured by creating a large drop-off canopy and it looks much different even than it did from the outside.”

He said they have also expanded the parking lot and made the entrance handicap accessible.

Also included in the renovation process was the school’s kitchen, which Vaught said will soon be the base of operations for a local catering company that is renting the space.

Vaugh said the school’s gymnasium hasn’t changed much during the renovation process in order to allow community members to continue to rent the space for recreational actives or gatherings.

At some point, Vaught said he would like to utilize the gym for activities more directly related to his practice such as exercise classes for patients with certain neurological diseases such as Parkinson’s disease.

Vaught said his practice has operated at the new location for roughly a month and during that time he has had the pleasure of seeing the reactions from patients who either taught at or attended the school.

“I’ve had patients come in and say, ‘Oh this room is where the second-grade classroom was,’ and that’s really great fun. But also, I think had we not done some counting of the windows and other ways to find our landmarks, they would not have known that because it doesn’t look at all like the inside of the school anymore,” he said.

He said people have also expressed their relief and joy that the building is once again being used to serve the community.

Vaught said the building not only holds special significance to the community but also to himself.

“I grew up a stone’s throw from this office, and to be able to give back and build up the community that raised me, so to speak, in the place that I loved growing up and continue to love is really a tremendous honor,” he said.

“The folks who work with me have gotten to be my friends, and the idea that together we can build something that is going to take great care of our patients and provide care that they truly need and at the same time allowing good-paying jobs that people are proud to work in and love – that’s really such an honor for me and I consider it a privilege and a blessing that it’s come together this way.”

A grand opening and ribbon cutting ceremony for Vaught Neurological Services’ new facility will be 10 a.m. Tuesday, Sept. 15, at 1404 Robert C Byrd Drive in Crab Orchard. Those who plan to attend are asked to wear masks and practice social distancing.