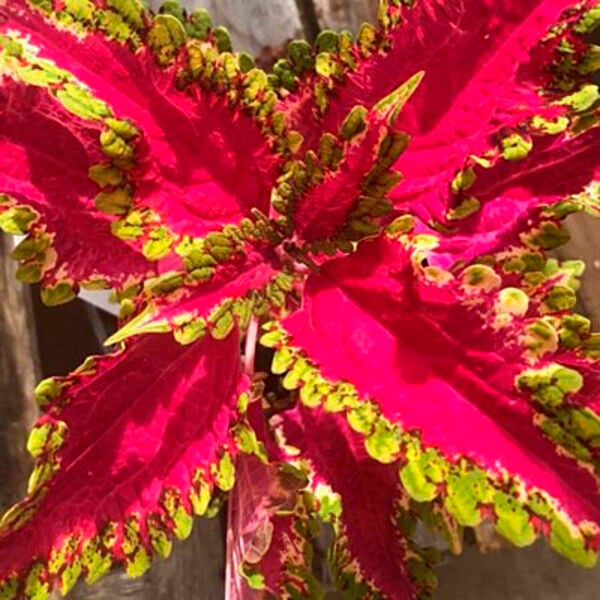 Coleus Under the Sea "Electric Eel" 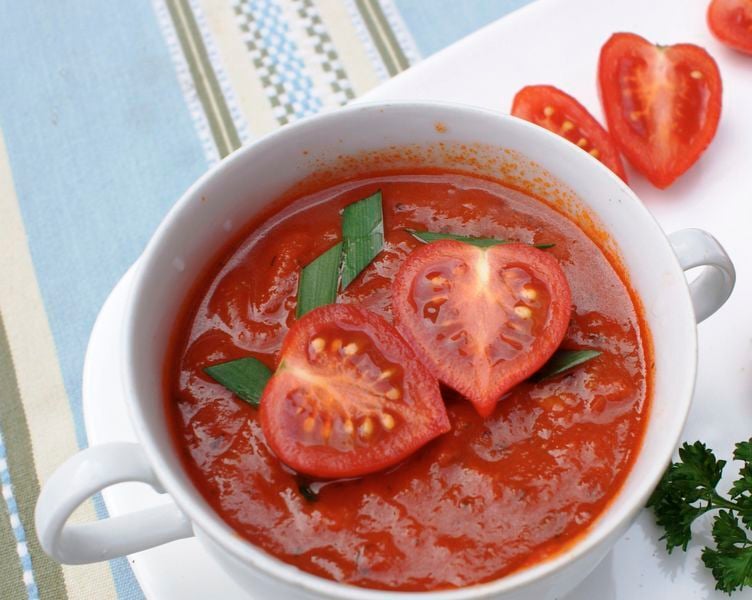 The HeartSmart tomato, developed in Holland and sold by Hort Couture, is shaped like a heart. 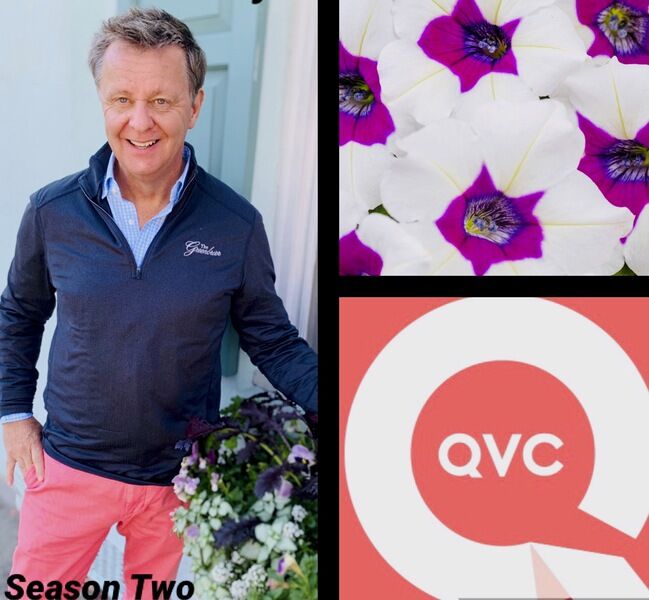 Coleus Under the Sea "Electric Eel"

The HeartSmart tomato, developed in Holland and sold by Hort Couture, is shaped like a heart.

Jim Monroe loves plants and likes to grow things. These days, the nationally recognized horticulturalist is hoping to use his QVC platform to grow the economy in southern West Virginia, even as he grows his eclectic brand of high-fashion plants around the globe.

"Eventually, this relationship that I've cultivated with QVC could lead to a lot of jobs in southern West Virginia," Monroe said on Jan. 20. "Not only growing the product but in the shipping of it and the packing.

"This could be a really great thing for southern West Virginia, especially in a little place like Talcott and rural Summers County."

The West Virginia Secretary of State website shows that Monroe and Jennifer Monroe are listed as officers of Hort Couture.

Monroe is in his second season of selling Hort Couture blooms, foliage and vegetables throughout the United States on the well-known shopping channel.

"The idea of Hort Couture is we really want people not to be intimidated by gardening," he explained. "We've tried to create more of a brand and do something that connected the consumer through fashion to flowers, which is a natural connection, with the inspiration of every fabric and wallpaper n the world comes from flowers."

One of the company's most well-known offerings is the "Under the Sea Coleus" collection. With names like "Sea Urchin Neon," "Copper Coral," "King Crab," "Sun Fish," "Fish Net" and "Sea Weed," the foliage mimics vivid aquatic plants. Horticulturalists have embraced the plants enthusiastically.

"Over the past three years, I’ve become quite smitten with the Under the Sea Series of coleus out of Hort Couture (www.hortcoutureplants.com) which are simply gorgeous," Mark Dwyer of Rotary Botanical Gardens reviewed the collection in 2016. "They all look like they should be on the bottom of the sea floor!

"We’ve grown nine of these selections and they have all done well in both full sun and part shade," he said. "Mature size might vary between 12″ and 24″ or so but the impact is significant in combinations, containers or mass planting.

"The Under the Sea Series is simply 'over the top.'"

In 2020, millions of Americans fell in love with Hort Corture when Monroe began selling Hort Corture plants on the well-known shopping network.

Monroe said he started Hort Couture — a play on the French "haute couture," which translates "high fashion" — about 10 years ago when he found a little plant that he wanted to patent.

Monroe was co-owner of a greenhouse at the time. He had just started a "genetics company" that he had not yet named and was using classic breeding to develop beautiful, unique plants.

"I kind of had this idea floating in the back of my head, and then an incredibly miraculous thing happened," Monroe said.

Monroe, a Virginia Polytechnic Institute and State University (Virginia Tech) graduate, has stayed very involved in Virginia Tech's horticulture department. On April 16, 2007, he watched in sick disbelief as the familiar campus in Blacksburg became the scene of a violent school shooting that claimed the lives of 33 people.

That evening, a professor called Monroe with the tragic news that 49-year-old Joceyln Couture-Nowack, a Montreal native and French instructor, had been shot to death while trying to protect her class from the assailant.

"One kid lived to tell the heroics of this teacher, Joceyln, who tried every way in the world to save the kids before he killed her," Monroe said, becoming emotional.

The next day, Monroe received a press release of the tragic news of Couture-Nowack's death from the Virginia Tech horticulture department. Because of the way the press release was written, the words "hort-" and "Couture" appeared as the last word each in a line on the same side of the column.

Monroe immediately recognized the correlation to 'haute couture' in French — Jocelyn's native language and the language she had been teaching when she died.

"There was the name of the company, right there, which was just amazing," he said. "From there, we started putting together all the marketing ideas."

He said Hort Couture offers opportunities for small plant breeders around the world who have classically developed unique plants. Many smaller breeding companies had been pushed from the market by larger corporations, and Hort Couture works to find a market for the smaller businesses around the globe, from Canada to South America to Asia to Africa.

"There were these small breeders all over the world that were kind of locked out," explained Monroe. "Left with nowhere to create a supply chain, especially in the U.S.

"I started approaching small breeders all over the world, so we have kind of become an aggregator of new varieties from a lot of small, mom-and-pop breeding companies, and we take their genetics, test them, try them all here in the U.S.

"We hope to develop more international business," he added. "We want to create more of a worldwide market for the genetics we have."

One of the vines, "Chihuahua," is the most compact, chartuese Ipomea in the market, according to the Hort Couture Lookbook 2020.

Under the Sea coleus was developed by a professor at the University of Saskatchewan in Canada who was teaching a class in basic breeding and instead created a coleus with a "pie crust" effect. The professor sent pictures to Monroe, who immediately thought of a "sea creature" and trademarked the new variety as "Under the Sea."

Hort Couture collaborated with a breeder in Holland to sell the HeartSmart tomato — a small, heart-shaped tomato.

"They look like a perfect little red heart," he said.

The unique plants created a stir in the industry, and in February 2018, Sam Lemheney, chief of shows and events at the Philadelphia Flower Show, suggested that a former QVC producer talk to Monroe about selling Hort Couture plants on QVC, said Monroe.

"It was flattering, for sure, but I didn't really have any idea how it worked," he said. "I've watched the plant shows on QVC, as much as I love flowers and plants.

"The guy calls me and explains how it works. He and I really hit it off."

"Jim Monroe-QVC" aired for the first season in 2020 with 12 eight-minute segments on other garden shows and a one-hour Hort Couture show.

He said Hort Couture sold out of Under the Sea plants in 4.5 minutes.

This season, he said, Hort Couture will have two shows and 25 segments in other QVC shows.

"We got a good increase in business, and we did really good last year," said Monroe. "Once you get your sales growing, it's growing that number of plants and getting it right and getting it to the consumer in good shape."

Hort Couture offers a unique, vacuum-sealed "clamshell" packaging that is biodegradable and holds both the plant and soil in place during shipping while providing a high level of moisture.

Eventually, Monroe would like to see some of the plants and packaging produced in West Virginia.

On Thursday, he kicked off the second season of "Jim Monroe-QVC." He said he has enjoyed selling Hort Couture plants to a national market and on the QVC platform.

"This is a real blessing," he said.

Locally, Hort Couture plants will be sold at Greenbrier Nurseries in Beckley in the spring, he said.

The article was clarified to report that Jennifer Monroe is also an officer of Hort Couture.