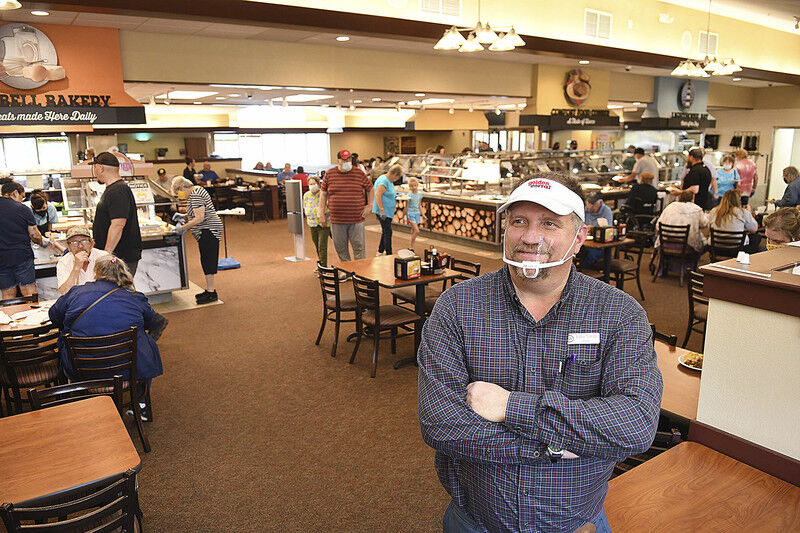 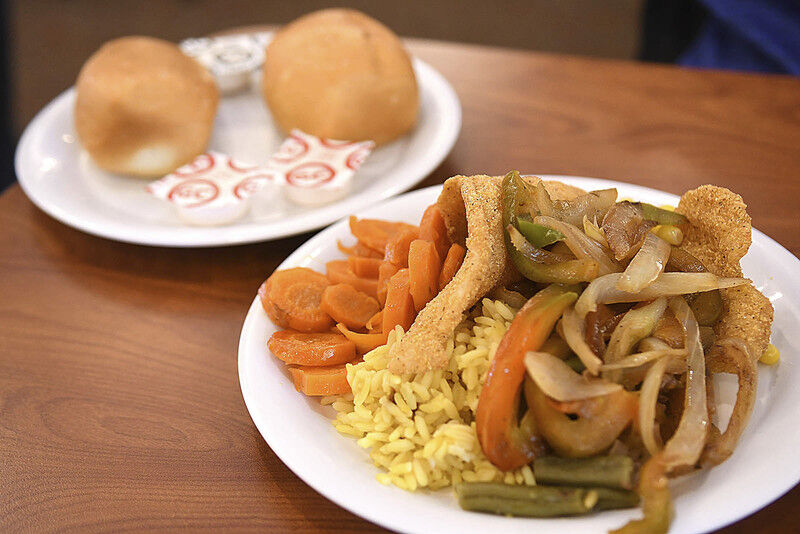 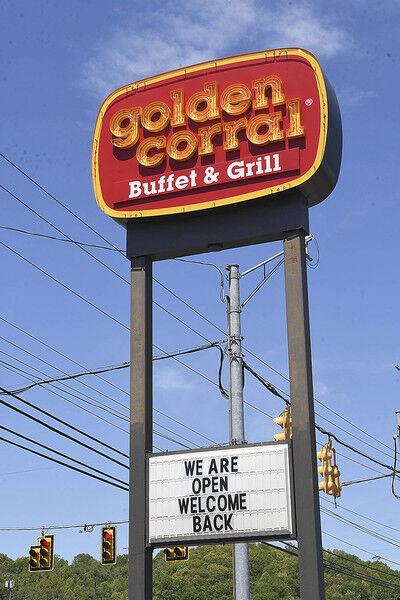 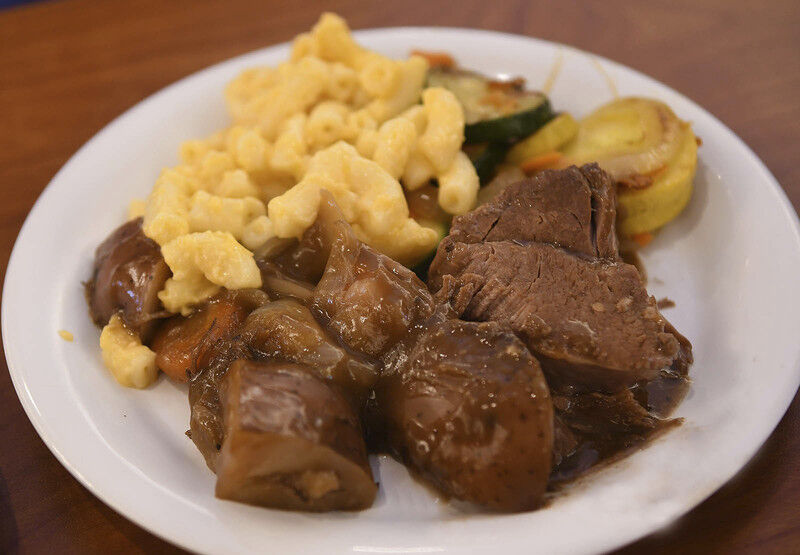 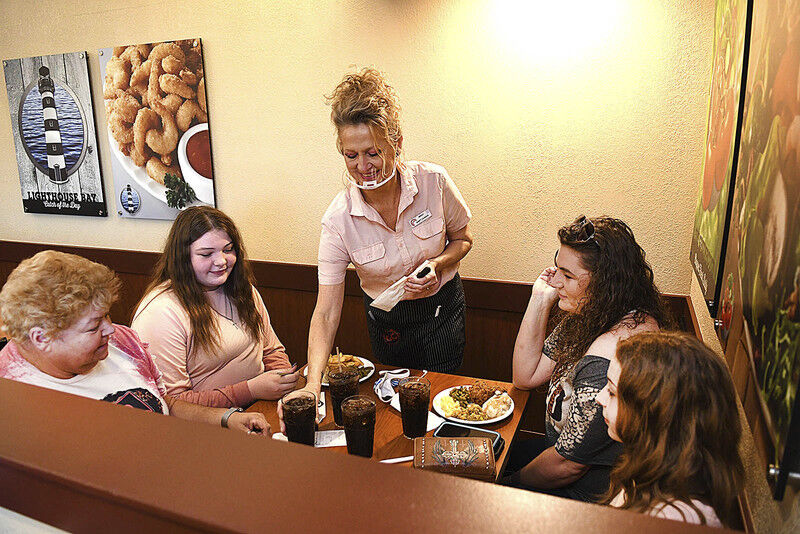 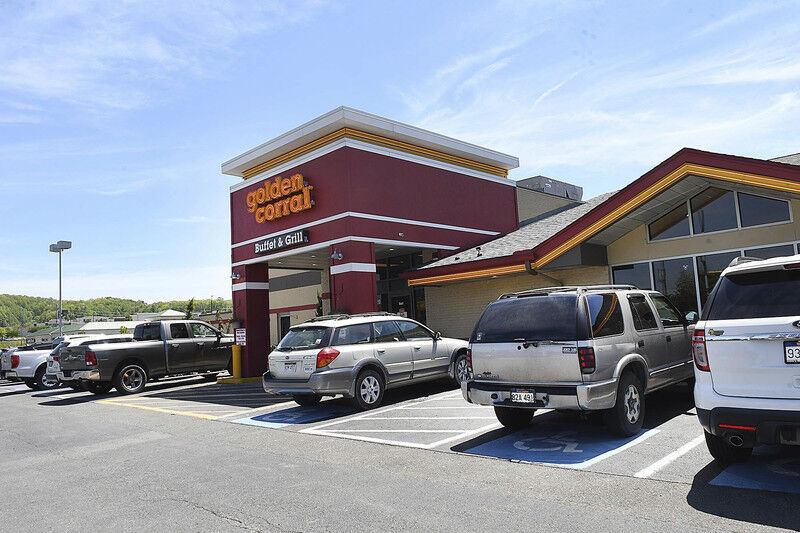 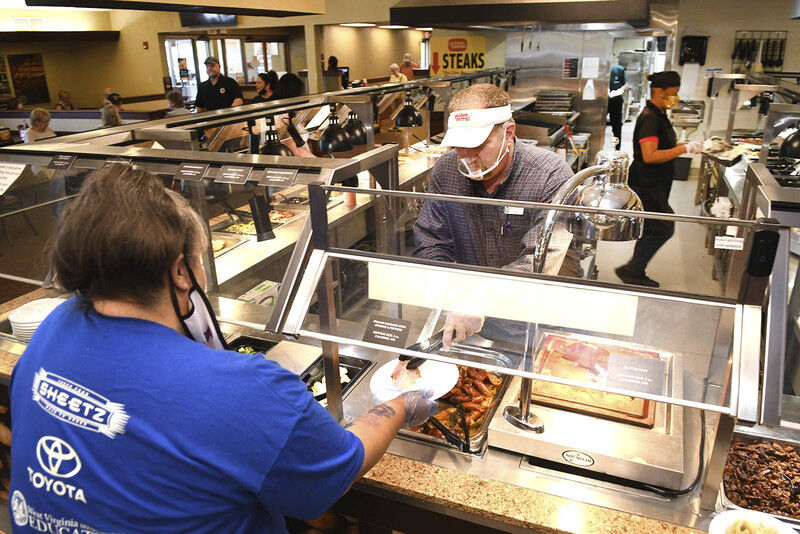 Eddie Torrico, owner of Golden Corral in Beckley, serves some ham to a customer.Rick BArbero/The Register-Herald) 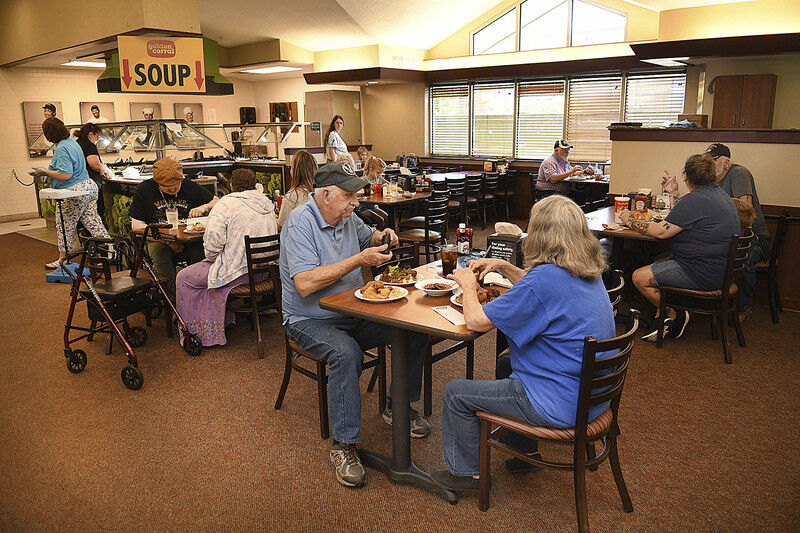 Customers eating at the Golden Corral in Beckley.(Rick Barbero/The Register-Herald)

Eddie Torrico, owner of Golden Corral in Beckley, serves some ham to a customer.Rick BArbero/The Register-Herald)

Customers eating at the Golden Corral in Beckley.(Rick Barbero/The Register-Herald)

What does a buffet restaurant owner do when a pandemic takes self-serve food options off the table?

He waits patiently for seven months.

“It was tough,” said Eddie Torrico, who opened Beckley’s Golden Corral franchise in October 2017. Immediately, his new restaurant, which had once served as the location of a Ryan’s, drew a loyal following of customers, many of whom expressed disappointment when the pandemic forced their favorite eatery to temporarily close its doors.

But now, they’re open again — with measures in place to ensure the safety of customers and a need for more employees.

For nearly a month, customers have been assuring Torrico and the Golden Corral that their timing is just right.

“I even got some really nice personal phone calls from customers when they found out we were reopening,” Torrico said. “There was a lot of excitement on social media, and the public response has been great.”

Torrico said the restaurant is seeing an upward trend in business over the last 30 days, despite not having a full staff.

“We’re not too far under pre-Covid numbers,” Torrico said, “but staffing has been a challenge. Because of the extra (unemployment) benefits people have been getting, it’s been a real challenge to get people to come back to work.”

Torrico said he is thankful for new state legislation that he expects will encourage employees to return to work.

“I’ve got to applaud Gov. Jim Justice for changing the unemployment benefits,” Torrico said. “I believe things will be much better a month from now because of that.”

Although employee numbers may be on the low side, business appears to be steadily improving, due in part, Torrico said, to high safety standards.

“Right now, our Golden Corral regulations supersede any state, county and federal regulations,” he said. “We mandate masks for customers and employees.”

Not only that, but customers are required to wear disposable gloves each trip to the buffet.

“There are no longer any shared utensils, and we provide the gloves,” Torrico said.

Touch-free glove dispensers are located throughout the restaurant’s dining room, dispensing a new pair of gloves via motion sensor. When a customer’s hand triggers the sensor, new gloves open with a puff of air, making it easy to slide in hands.

“So our system is truly no-touch,” Torrico said. “Other places may have a common glove dispenser that everybody touches, and that kind of defeats the purpose. We’ve gone above and beyond what any state, county and agency requires.”

What hasn’t changed, though, is the food.

“Customers can expect the same great homemade dessert bar, all their favorite comfort foods, and a full salad bar,” Torrico said, although he clarified that the Corral’s famous chocolate fountain is no longer available for customer use. “But we do still have all those great chocolate-dipped items; we just dip them for you — strawberries, marshmallows, it’s all still there.”

For now, Golden Corral’s unlimited buffet is open 11 a.m. to 8 p.m. Tuesday, Wednesday, Thursday and Friday. On Saturday, it’s open from 11 a.m. to 9 p.m., and on Sunday, 11 a.m. to 8 p.m. Signature steaks join the offerings after 4 p.m., on weekdays and all day on weekends. And early-bird specials for seniors are available from 1 to 3 p.m. on weekdays. The restaurant is closed Mondays for ceiling-to-floor sanitation.

But Torrico said he is optimistic that the restaurant could soon be open again on Mondays and that the new thorough cleaning system could be done each night. Also “in the very near future,” he said, “expanded hours and breakfast.”

“We care a lot about this community,” Torrico said. “I’m a lifelong resident of Raleigh County, and we do a lot in the community. … This is a Beckley business, a franchise, but I’m kind of a mom-and-pop. The money stays here.”