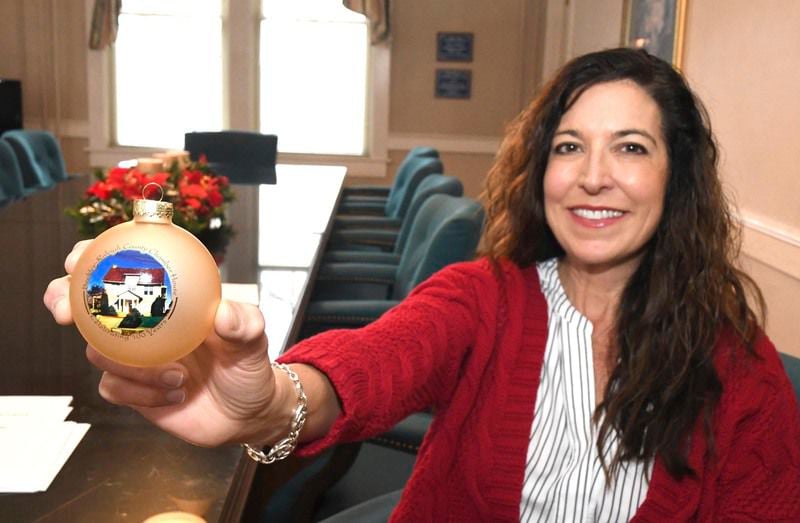 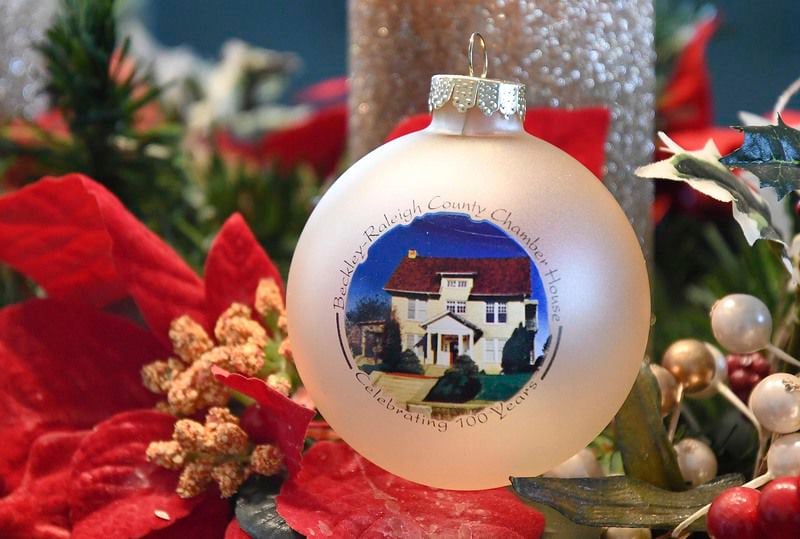 18th edition Raleigh County Chamber of Commerence tree ornament can be purchased at the Chamber office on North Kanawha Street in Beckley Monday to Friday 9 am to 5 p.m.(Rick Barbero/The Register-Herald)

18th edition Raleigh County Chamber of Commerence tree ornament can be purchased at the Chamber office on North Kanawha Street in Beckley Monday to Friday 9 am to 5 p.m.(Rick Barbero/The Register-Herald)

For the past 19 years, many southern West Virginia residents have added a small piece of history to their holiday decorations with the Beckley-Raleigh County Chamber of Commerce’s annual Christmas ornament.

The popular ornament series kicked off in 2002 with a salute to Wildwood House, home place of Beckley founder Gen. Alfred E. Beckley. Since then it has featured places of significance including the Raleigh County Courthouse, Soldiers & Sailors Memorial Building, Tamarack, Theatre West Virginia, Grandview Park and the New River Gorge Bridge.

Although all of the previous ornaments have honored important sites throughout the area, chamber president Michelle Rotellini says the 2019 ornament is special as it recognizes the Beckley-Raleigh County Chamber of Commerce itself, as it heads into its 100th year in 2020.

“I think it’s a symbol of our organization,” Rotellini says of the chamber building that is featured on the ornament. “I think the bricks and mortar of the chamber represent what we do for our community, as far as serving businesses and bringing people together for mutual benefit.”

Rotellini says the ornament is the perfect way to kick off the chamber’s centennial year, honoring its past and looking ahead to its future.

“A 100-year anniversary is a great opportunity to sort of take stock in where you’ve been and also look at how you want to adapt and change with the world as it is now,” she says. “So we’re also looking ahead at retelling our story a bit, telling the story about Beckley and Raleigh County and the reason that we all live here.”

Rotellini says chamber employees have been digging through archives, books and old records, looking at the businesses that were operational when the chamber began in 1920.

A 100-year gala is planned for May. Rotellini says those 100-year businesses will be honored, past presidents will be recognized and the chamber’s story will be told.

“You look back in history and at how the world has changed in 100 years and think the (Beckley-Raleigh County) Chamber of Commerce is something that has been constant,” she says. “I think that is something to be celebrated.”

Rotellini says only 100 ornaments were ordered and there is no guarantee of a second order when they’re gone.

“They’re definitely collectors’ items,” she says, adding people come by looking for ornaments from years past. “Don’t wait until it’s too late.

“Come and get your ornament now.”