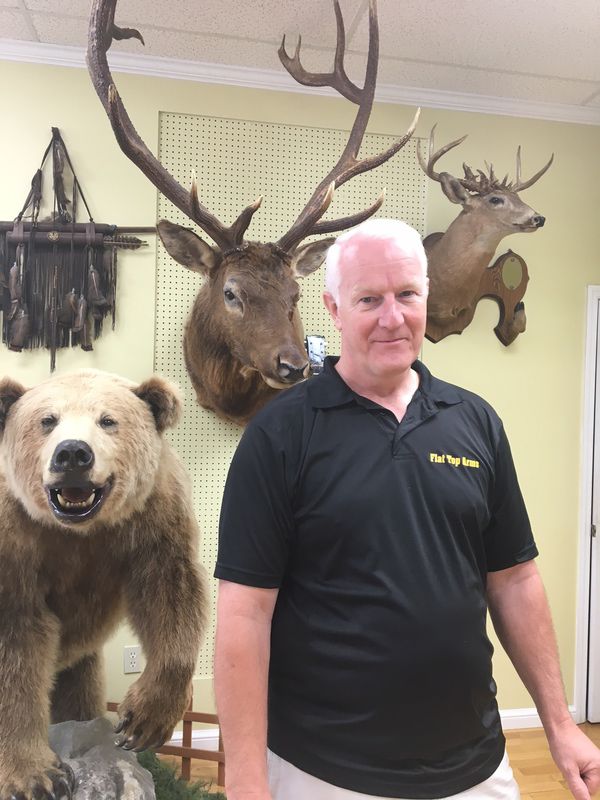 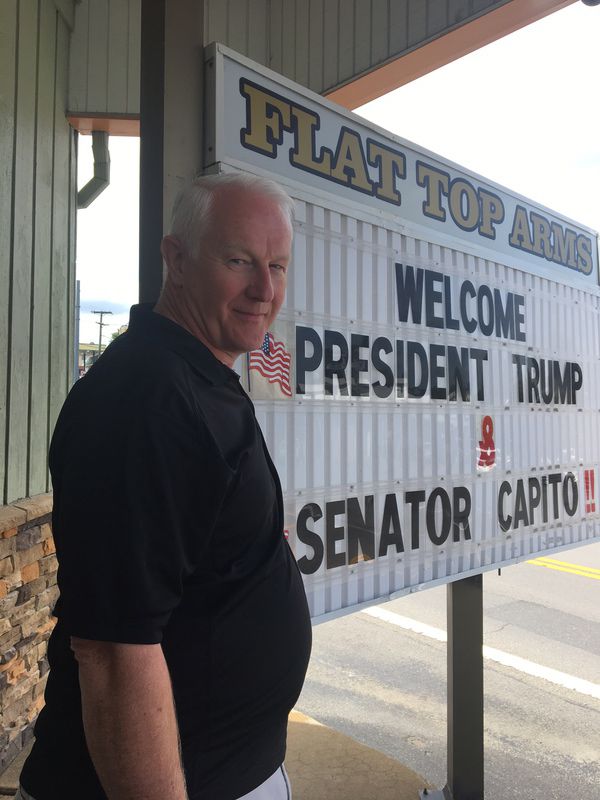 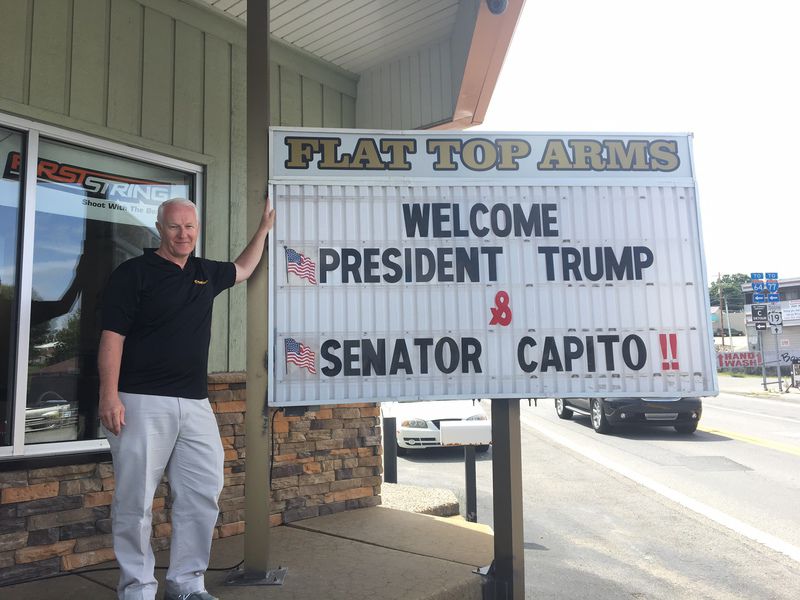 Ronnie Wood, co-owner of Flat Top Arms in Beckley, gladly welcomed President Trump to the Mountain State as he visited the Boy Scouts of America at the Summit Bechtel Reserve.

On a 10-foot tall sign beside South Eisenhower Drive, the Flat Top Arms marquee reads, "Welcome President Trump & Senator Capito!!" with an American flag beside each of their names.

The 59-year-old arms dealer said he agrees with a large majority of the president's opinions, especially his Christian values, which Wood finds refreshing, as well as his support of the Second Amendment.

"This president, of course, is one of the greatest presidents we're going to have in my lifetime."

Wood, a lifelong West Virginia resident, said his parents were Christians. They taught him not to lie, steal or cheat.

As a minister for the past 38 years, he said he's glad to see a president who shares his values. He also agrees with Trump's conservative mindset in terms of deregulation and job creation.

"Our hope is he will be able to restore some rational use of our natural resources. We have many resources of energy that are God-given in this nation, and wise people would use them. Coal, timber, oil, gas — West Virginia is very rich in those things. I think we have an opportunity available that can turn and be very beneficial to the nation, not just to our state, but the nation as a whole."

Wood, a registered Democrat, said he's been unable to vote his party line for many, many years.

"I was raised by Democrats, and they certainly did not believe in the way the Democratic party has taken today. I don't know if there would be any benefit or use of me switching my party, but I cannot vote on Democratic lines."

Wood recognizes and appreciates the differing opinions of Americans — "That's what makes our world work."

But ultimately, he said everyone must find some middle ground, especially members of Congress.

"They need to start to work together today, for the good of the others in this country, whether liberal, conservative or somewhere in between."

Regardless of the political opinions of West Virginians, Wood said he believes Trump's visit to the Mountain State will be positive.

"In our state, I think there will be a consensus this is a very good thing for (President Trump) to be here, for him to actually have a presence, to have on his mind West Virginia."

Trump rallies the Troops at Jamboree (With Video and Photo Gallery)