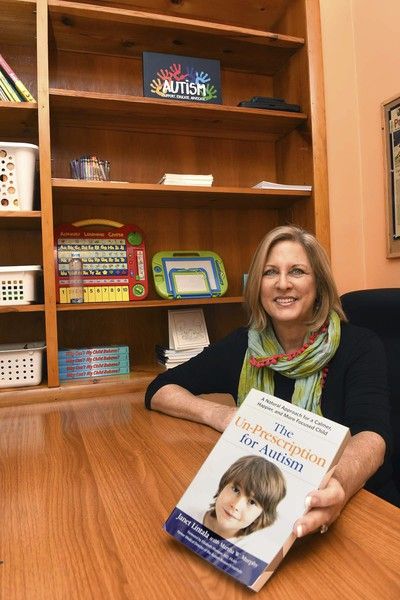 Rick Barbero/The Register-HeraldJanet Lintala, director of Autism Health, recently wrote “The Un-Prescription for Autism,” a book she said she wishes someone had given her when her son, now 21, was diagnosed. 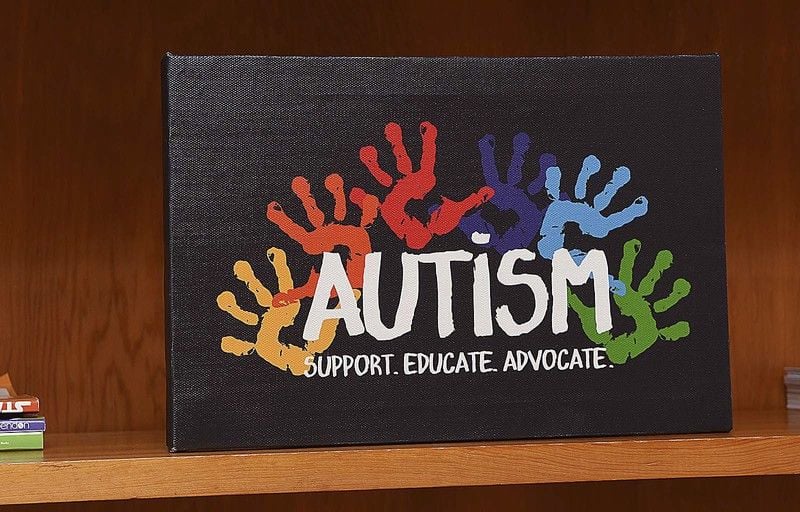 Rick Barbero/The Register-HeraldJanet Lintala, director of Autism Health, recently wrote “The Un-Prescription for Autism,” a book she said she wishes someone had given her when her son, now 21, was diagnosed.

Janet Lintala keeps a busier schedule than usual these days.

She continues to work with clients in her Beckley Autism Health office, but the small holes on her already loaded plate are filled with newspaper, and radio interviews and television appearances. In between those, she writes guest articles for autism websites and magazines, appears at speaking engagements and attends conferences.

Lintala is just more than a month into the promotional stage of her new book, “The Un-Prescription for Autism.”

An “autism mom” turned clinician, Lintala has taken her own experiences, things she learned along her journey — all backed by research — and composed a guide intended to help other parents.

“I wrote the book I wish someone had handed me when my son was born,” she said. “We could have skipped all those years of screaming and yelling and not sleeping.”

Lintala, who has a degree in genetics and is a licensed chiropractor, said her personal journey into the world of autism began 21 years ago, with the birth of her son — referred to as “Evan” in the book.

“When we put him in timeouts, he would kick a hole in the wall. We had hundreds of holes in our walls.”

At a loss as to what to do to help Evan, Lintala turned to the Internet. Although angry and often violent, Evan was incredibly smart.

“It was all about the autism spectrum,” she said. “I felt like I had opened a door to a room that I wished I hadn’t. I left the window on the computer open and when my husband came in I showed him. I said, ‘I think I’ve figured out maybe what’s going on with Evan.’

The family soon traveled to Morgantown, where Evan was diagnosed with autism. But when Lintala asked the doctor what the next step was, she said she was met with laughter.

“They said, ‘there’s nothing you can do,’” she recalled. “Take him home, put him in the school system and let them handle him.’”

Lintala instead began to research and attend conferences — first on the patient track and then on the clinician-training track.

She mentored at the Rim land Center in Lynchburg, Va. — soaking up every drop of knowledge she could.

At these conferences, led by top researchers in the autism field, Lintala learned that those with autism are more prone to gastrointestinal dysfunction, inflammation, allergies, colds and food sensitivities.

In most cases, medicine is used to help each of those problems. But each medicine, she said, could in turn complicate another problem.

Lintala said she learned that although autism has no cure, treating the underlying health problems it can cause — acid reflux, diarrhea, allergies — in a more natural approach can help clear the autistic mind and lead to a better life.

Simply helping an autistic person feel better over all, she further explains, can help in all aspects.

“There are digestive enzymes for people who can’t digest their foods and probiotics for people without enough beneficial bacteria,” she said. “Supplements that support healthy response to (brain) inflammation.”

“I work on calming down, cooling off and supporting the health challenges and all of the sudden, you have a brain that’s more clear,” she further explained. “I don’t cure autism. I don’t even treat autism. I just treat people with autism so that they aren’t as sick as they used to be and they’re brains are clearer …

“We’re just looking for vibrant health on the autism spectrum so they can have their best day.”

In the case of Evan, Lintala made a dietary change — one about which she was nervous — eliminating gluten and casein.

Although it wasn’t a cure-all, Lintala said the diet change worked wonders.

“Three weeks later, we have this beautiful, sunny happy-natured child,” she said. “Eighty percent of the violence was gone.”

Evan is now a fully functional adult, who drives by himself and attends college away from home.

Lintala says she knows not every instance of autism is the same, and not every situation is “rosy,” but she says it’s important to know that “it’s not always a tragedy and there is hope. There is help.”

And that’s what she tells readers about in “The Un-Prescription for Autism.”

She screens each new patient who visits her office for health challenges. The first chapter of the book lays out a modification of that questionnaire.

“I help them spot what’s wrong or when they need to see other health professionals. What to do to support GI health and immune health and how to calm down the inflammatory response, hopefully working step-by-step with their doctors.”

Lintala says she hopes the book helps people who are where she and her family once were. But she says parents of newly diagnosed children today are in a much better place than when Evan was diagnosed, so she advises them to stay positive and know that help does exist.

“Relax and take a breath,” she said. “It’s not necessarily the tragedy you might think. There are tons of resources. The resources are fantastic. The research is phenomenal.

“Life isn’t always rosy, but it’s much better than it was 21 years ago when I brought home a sleepless, crying baby.”

“The Un-Prescription for Autism” is available at online including Amazon, Barnes & Noble, Books-A-Million and in person at Autism Health on South Kanawha Street and in Barnes & Noble stores.