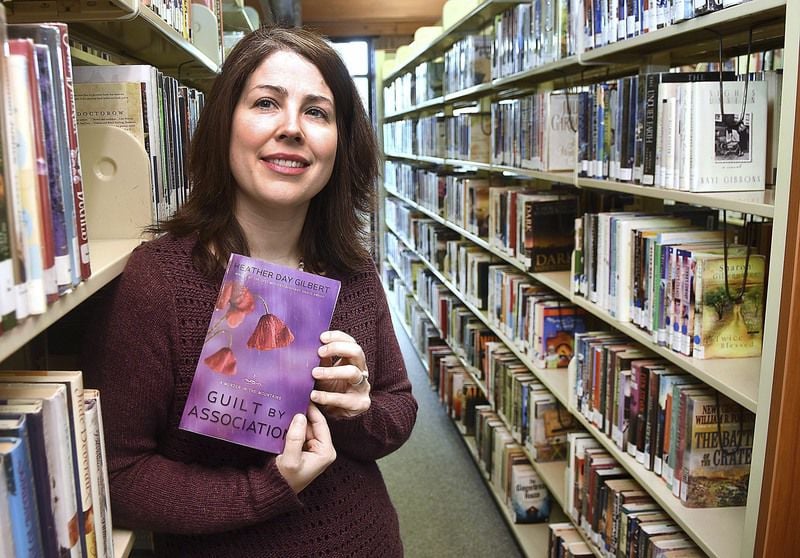 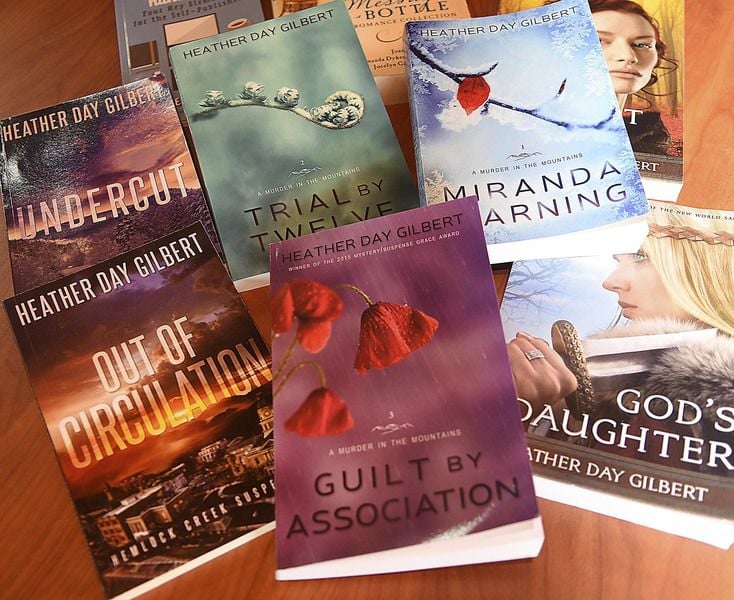 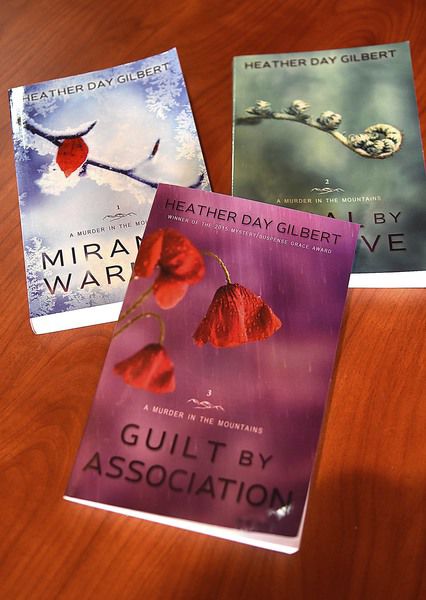 Heather Day Gilbert has had a busy few years.

With the recent release of “Guilt By Association,” the Nimitz mother of three has completed nine books in four years.

“It’s pretty much a full-time job,” she says. “Especially when you’re publishing your own books.”

Gilbert didn’t always know her life path would lead her to become an author, but she knew early on she enjoyed writing.

“I participated in writing contests in high school and I read a lot as a little kid,” she says. “I really loved words.”

Her love for words landed her a first place award in a writing contest in fifth grade, a “little clue,” to her later vocation, she says.

But life led her to a humanities degree at Bob Jones University in South Carolina, where she met her husband David, a lawyer in Beckley, on to New York City and upstate New York and finally to Nimitz, close to where she grew up in Jumping Branch.

She devoted her life to raising her children and although she always wrote poetry and dabbled a bit for local newspapers, it wasn’t until a friend challenged her to participate in “NaNoWriMo,” National Novel Writing Month, that she actually wrote her first novel.

That book has never seen the light of day — a bad agent and a proposal killed it — but her second book, the Viking historical novel “God’s Daughter,” really created a fire in her. But after an agent shopped the book around for about a year and a half, Gilbert decided to publish the book herself.

“When you independently publish, you’re doing everything yourself,” she says of the tedious process. “You’re managing the cover art, the formatting, the editing, the uploading. Everything.”

The book, a historical Christian novel, was based on Eric the Red’s ward.

“She had the first recorded European baby on these shores, before Columbus came,” Gilbert says.

“God’s Daughter” fared better than Gilbert expected and led her to write a second Viking book, “Forrest Child,” about Eric the Red’s daughter.

But a mystery fan at her core — Agatha Christie is her favorite — Gilbert developed her own mystery series, set in her native West Virginia.

“Guilt By Association” is the third in Gilbert’s “Murder in the Mountains” series.

The series was loosely inspired by Christie’s “Tommy and Tuppence” mysteries as Tess’ husband is heavily featured, though not so much in the detecting department.

“Tess is the one who is out there sleuthing around,” she says.

Gilbert began the series with “Miranda Warning” and “Trial By Twelve,” both set in the Point Pleasant area near where Tess lives and has a good relationship with her in-laws, something Gilbert says she based off of her own relationships with her in-laws and her parents.

But in “Guilt By Association,” Tess returns to her childhood home in Boone County where her mother, recently released from prison in Alderson, where she was incarcerated for selling drugs, is implicated in murder.

“It deals with trust, drug addiction and foster parenting,” Gilbert says, adding she spent a lot of time researching the opioid epidemic before writing the book.

And although her latest effort shines a fictional light on a very nonfictional problem, Gilbert says it was something she felt she needed to do.

“It was very important to me to keep the book contemporary West Virginia,” she says. “You see the news articles every week. The overdoses and the deaths. It’s right next to you. People are getting addicted all the time and that’s sad.”

Gilbert has also written two West Virginia mystery novellas set in Greenbrier County, but she recently signed a contract to pen a three-book series of cozy mysteries — based on amateur sleuths like Tess — for Kensington Publishing in New York City.

The books, set in and around NYC, will be completed by February 2019 and will mark the end of her go as an independent author.

Gilbert says she’s excited not only about the new challenge, but also the opportunity to take a break from the work that comes with self-publishing.

“I told my agent I want to pull back from doing everything myself,” she says. “I’ve marketed the books myself since 2013. I have not stopped marketing, doing ads, running specials and just getting the word out. I’m just ready to pull back some.”

But even though not having a publisher was disappointing at first and life as a self-publisher has been busy, Gilbert says it’s turned out for the best.

“I have control over all the books,” she says. “I have three audiobooks. I pick my own narrator. It worked out the way it was supposed to.”

When Gilbert completes the cozy mysteries, she will return to the Tess series and write one more mystery novella.

She will donate half of all December sales of “Guilt By Association” to Sparrow’s Nest, a female rehabilitation center in Beckley.

Her books can be purchased locally at Lavender & Lockets in Hinton, where signed copies are available, and online at Amazon, Barnes & Noble, Books a Million and www.heatherdaygilbert.com.