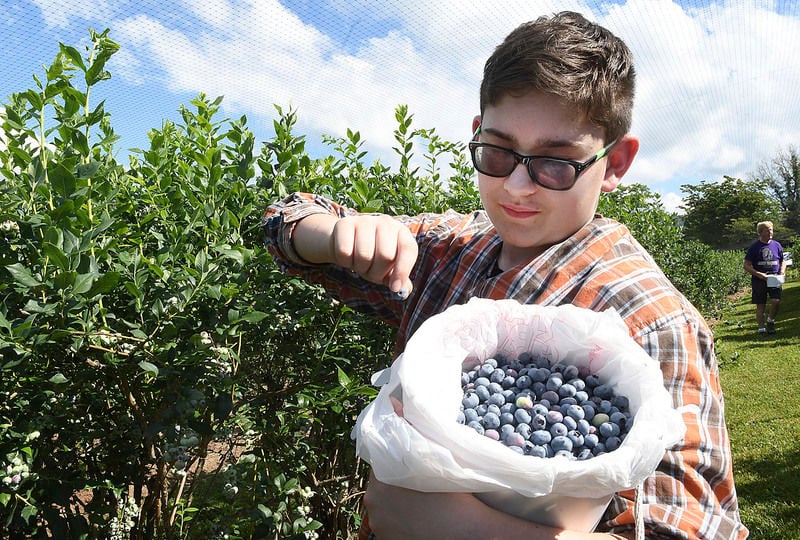 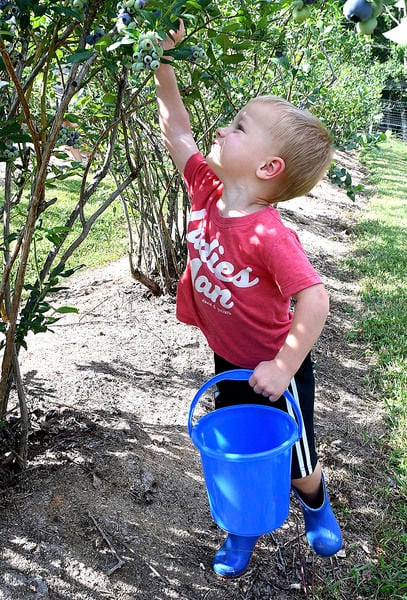 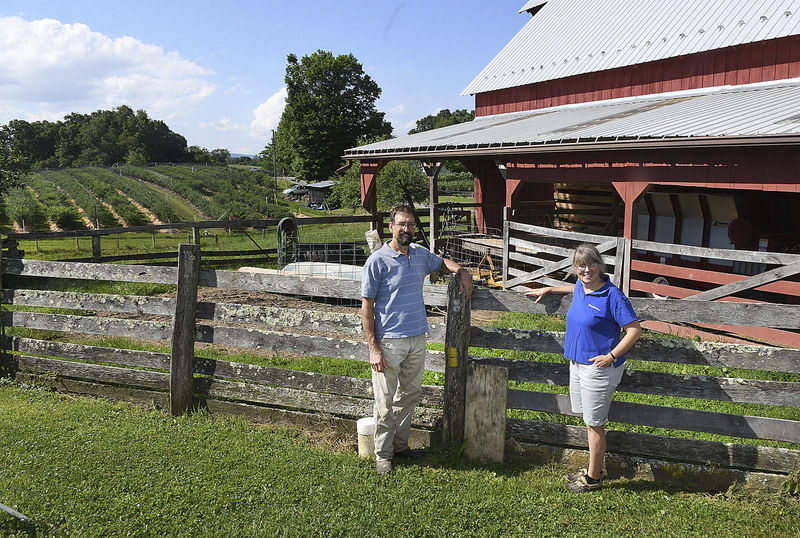 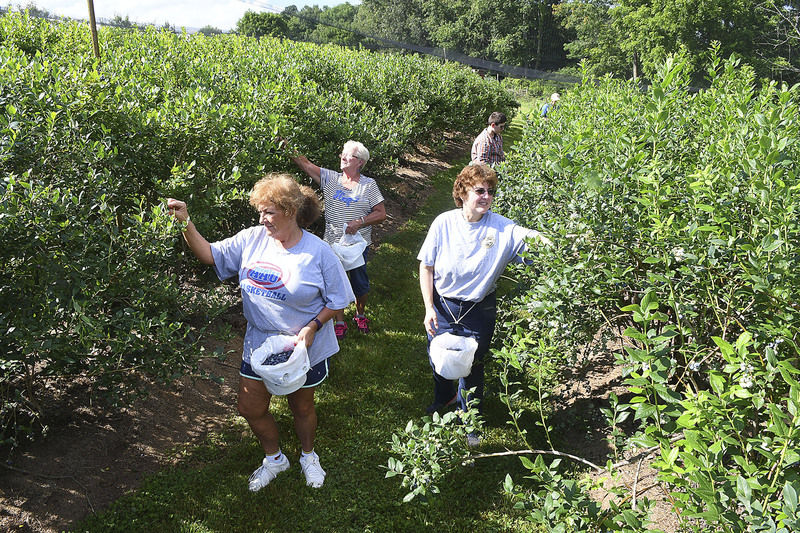 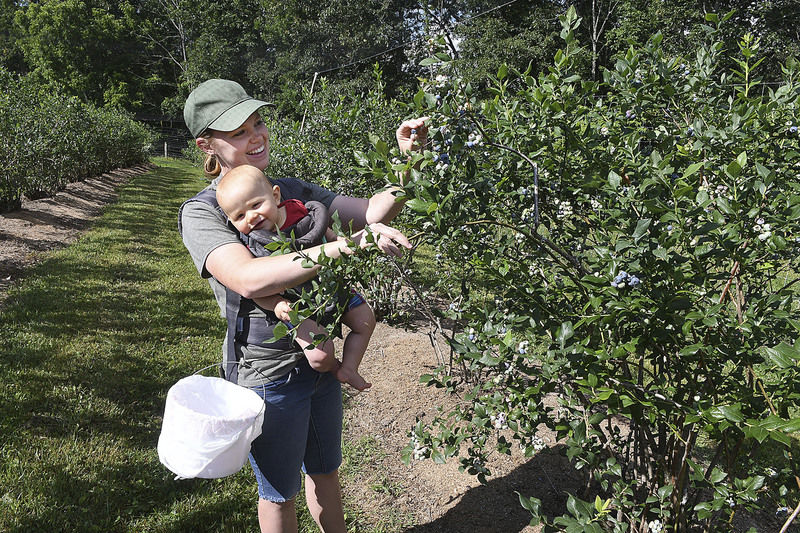 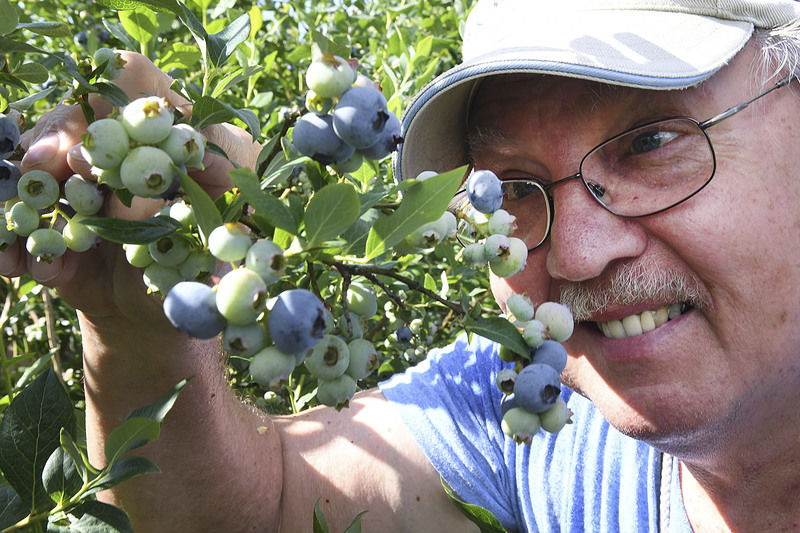 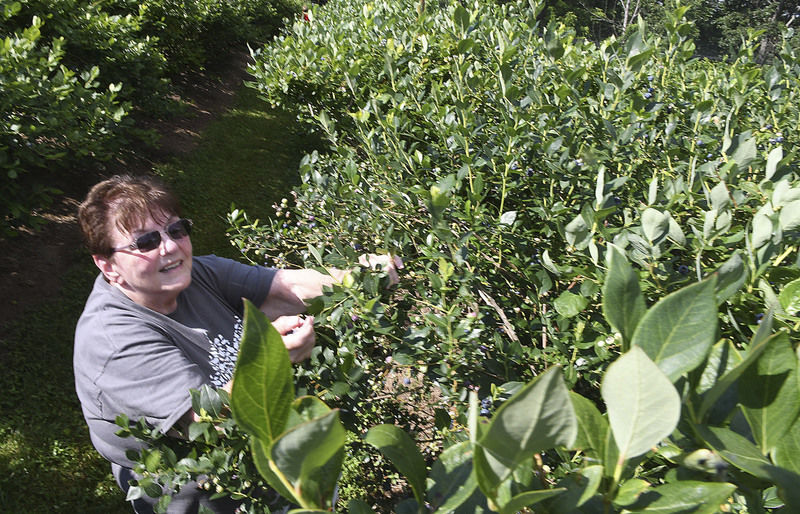 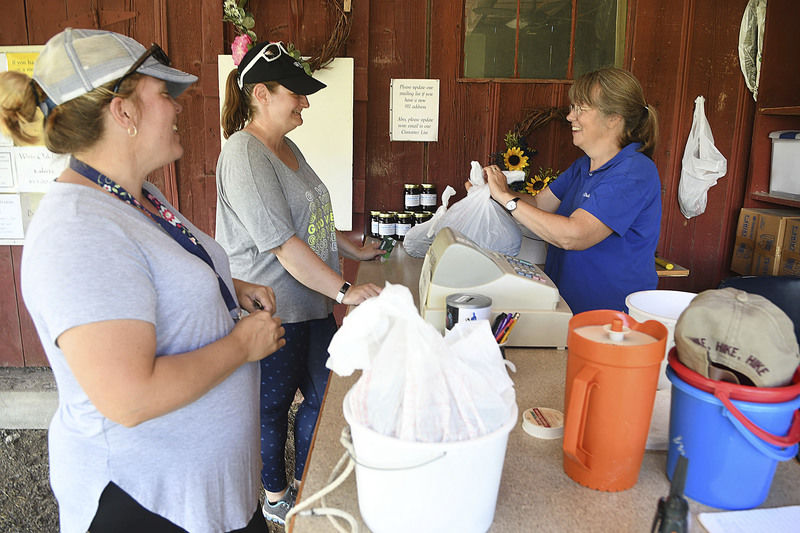 At a time when many West Virginians would be flocking to the beaches down south, one local family is reminding folks that there is plenty of summer fun to be had right here in the Mountain State.

Having just opened for the season on June 29, Anne and Max Robinson, owners of White Oak Farm in Renick, are hoping to see many familiar and new faces at their blueberry farm where people can not only taste their home-grown delights but also pick them themselves.

“It’s productive and it’s enjoyable and I think it’s really good especially for children to see how things are grown and to have some part in doing part of the labor to pick their own blueberries,” Anne Robinson said.

While concern surrounding the coronavirus has kept many indoors, Anne Robinson said they are doing everything they can to ensure guests have a fun and safe experience.

She said they are following all the regulations established for retail businesses with a few adaptations considering the uniqueness of their business.

“We’re selling outside so it’s a little different,” Anne Robinson said. “We’re sanitizing our buckets, we have a hand washing station and trying to have people space out as they check out.”

She added that having a 15-acre farm has also come in handy when it comes to social distancing.

While they do not require their guests to wear masks in the fields, they are encouraging families to space out from other groups while picking.

“When you’re picking berries, you don’t really pick close to people; you try to space out anyways,” Anne Robinson said.

If need be, she said they can also open up more of the field to guests if it gets too crowded.

Even with the added safety precautions, Anne Robinson said she doesn’t expect the coronavirus to interfere too much with their business.

“We were concerned that either people would be not willing to come out to pick but we haven’t seen that yet and now that a lot of businesses have opened back up, I don’t know that that’s a real concern,” she said. “But that was definitely a real concern earlier in the spring not being sure, would we have to pick all the berries ourselves and deliver them.”

Max Robinson said he expects to see more people out this year because of the cancellations of other events.

“A lot of things are still on hold and things that you would usually do maybe aren’t open yet,” he said. “There is not going to be a fair this year and I don’t know how many of the kids’ sports leagues are playing. I know some of them are, but if your kids used to have sports to play and they can’t, well, you need to look for something else to entertain them, and this is a good place to come.”

Anne Robinson said the weather actually caused the biggest changes this year and resulted in them delaying their opening by two weeks.

“We’ve had an unusual spring,” she said. “May was really cool and we had some cold nights so during the spring during some of the frost we lost part of our earliest crop.”

Max Robinson said their repeat customers were anxious for them to open back up for the season given the delay.

“There’s a lot of people that this is the only time that we see them and a lot of them are good friends,” he said. “And you’re in a place where you have time to talk and catch up with people who have been picking here for 20 years.”

Max and Anne Robinson said they could not feel more blessed that outings to their farm have become a family tradition to many as it is such an integral part of their own family.

“It’s been a real blessing for our family.” Anne Robinson said. “Our children, they laugh about it, but they’ll go even out of state and have somebody recognize them or recognize the T-shirt from the blueberry farm. We think we’ve been very fortunate, and it’s been a blessing to be able to offer that.”

While it may be much simpler to go to a local grocery store to pick up blueberries, Anne Robinson said the picking process is also relatively easy for people of all ages.

There are no thorns involved and because the blueberries grow on bushes, there’s no stopping down or bending over either, she said.

“We try to have something that’s easy for all generations to take part in,” Anne Robinson said. “We have lots of elderly customers, but we have lots of small children too and a lot of people come with their families. That was one of the things that we really wanted to offer, activities that people could do as a whole family.”

For those who are unable or do not wish to pick, the farm also sells pre-picked blueberries at $4 a pound.

The price per pound for blueberries that guests pick themselves is $2.20. Anne Robinson said they also have a donation jar set up for “people who do sample or have a meal or a snack while picking, they can donate for what they ate in their field.”