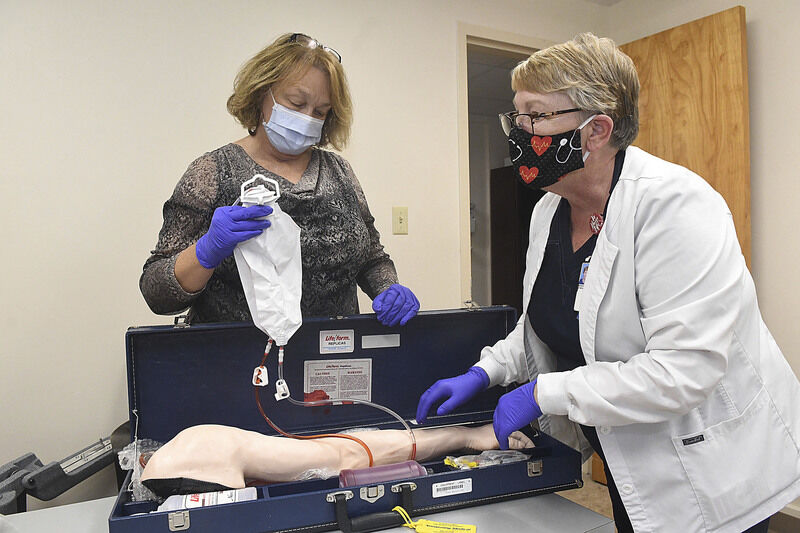 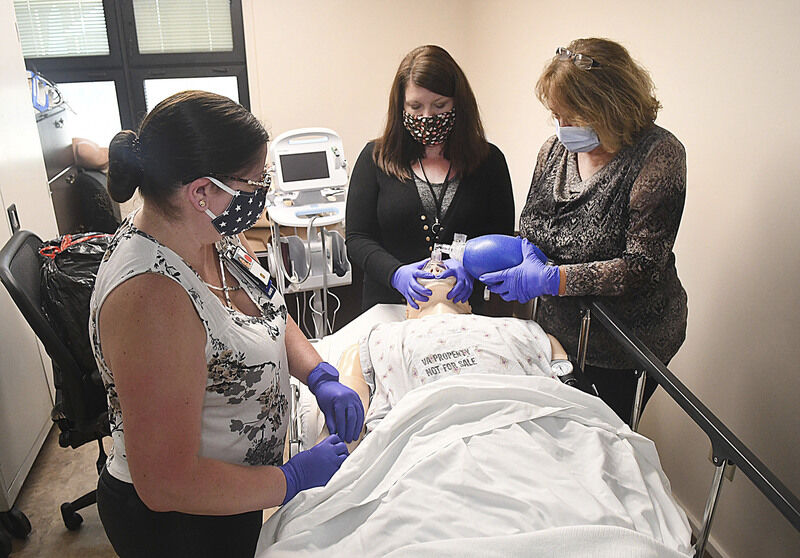 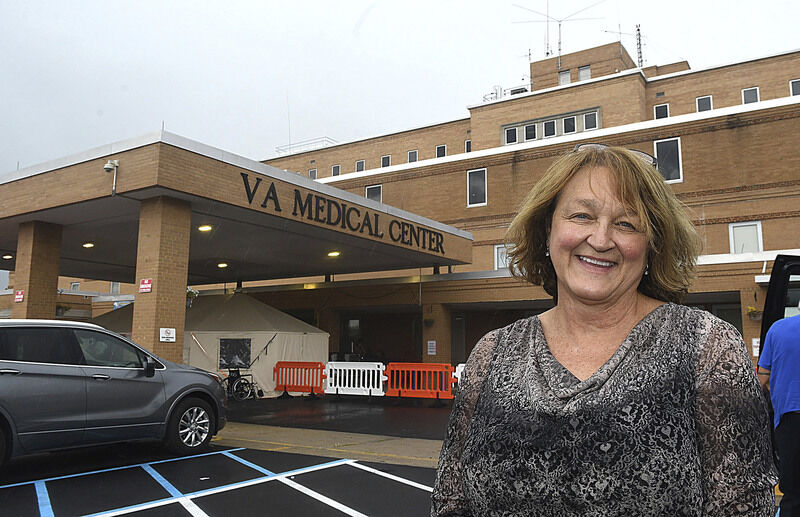 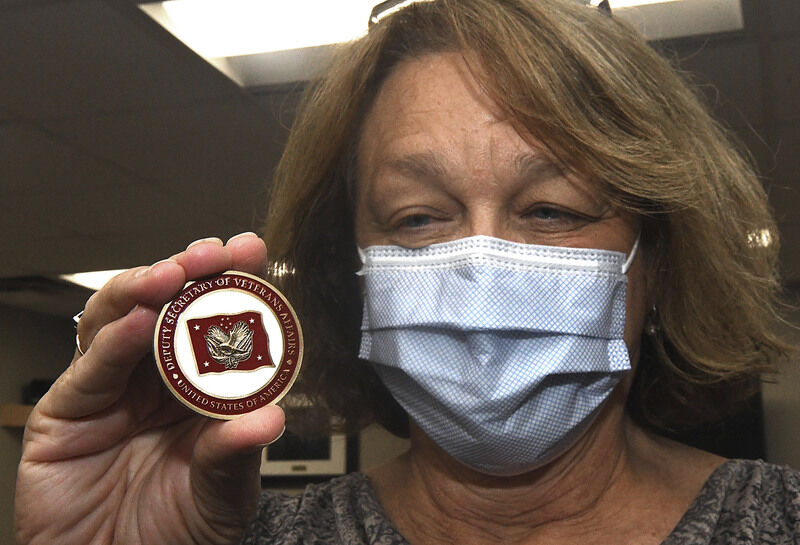 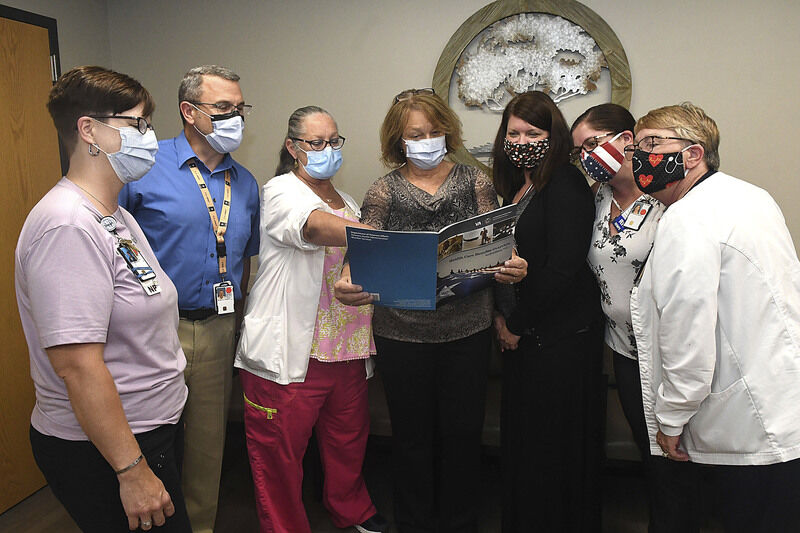 Like many fresh out of high school, Lynn Legg wasn’t sure just what the future held for her.

Inspired by one of her own high school educators, the Oak Hill native and 1975 graduate of Collins High School, briefly attended Concord College preparing for a career as a business teacher.

“But that’s not what I wanted to do,” she says looking back.

It was a conversation with her mother, Dora Ann Carte, who spent her career as the human resources director at Plateau Medical Center, that helped Legg find her path forward.

“She said, ‘Well, maybe you’d want to be a nurse,’” Legg recalls. “She said, ‘Why don’t you get a job here at Plateau as a nursing assistant and see if you like that kind of care?”

And though Legg had never considered a career in health care, she took her mother’s advice and quickly found her calling.

“Right away I knew,” she says. “Within a few months I knew that’s what I wanted to do.”

The job as a nursing assistant was just the first stop along Legg’s health care journey, as she worked her way through school three times — first to obtain an associates of nursing degree from West Virginia Tech in Montgomery in 1979 and then bachelors and master’s degrees in nursing from WVU in 1985 and 1989.

She’s served in several positions — both clinical and administrative — in local health care facilities throughout her 44-year nursing career. Among those roles were jobs in rural home health care, long-term care facilities and as nurse manager for Plateau’s Intensive Care Unit.

It’s from her most recent stop — 12 years at the Beckley VA — that Legg hung up her stethoscope on July 31, retiring as nurse executive, one of the four highest leadership positions in the hospital.

“Around the time of 9/11, I thought about joining the military,” she says. “I discussed it with a recruiter and my daughter, but we decided the best thing for me was to not join the military but rather to try to get on at the VA and to take care of the veterans and not become one.”

So, in 2008, Legg was hired as the designated learning officer at the Beckley VA, training all nursing staff for the hospital.

Very quickly, however, the chief of geriatrics position opened up and, following the love for long-term care she had developed, she applied for and got that position.

“I absolutely loved it,” she said, of the role that placed her in charge of, among other things, a 50-bed nursing home inside the hospital as well as the hospital’s home-based program. “There’s something about long-term care that kind of gets into your blood,” she said. “You get to see that the last years of their (patients) lives are happy.”

Although Legg enjoyed her job as geriatrics chief, when the associate director for patient care (nurse executive) position opened up in 2011, she decided to take the leap.

“I felt it was the best way I could have an impact on healthcare,” she said of the new role.

As nurse executive, Legg was responsible for providing oversight for all nursing care at the hospital.

Among the highlights of her tenure, she said, was assisting veterans following the 2016 flood in the White Sulphur Springs and Lewisburg area.

“We worked with local EMS and set up stations there,” she said of the VA’s community response team that helped veterans effected by the flood.

For her efforts, she was among 50 Beckley VA employees who received an I CARE award from the acting VA Secretary.

Legg also mentions the VA’s Whole Health Program, for she wrote a grant to secure funding.

The program, which offers things like yoga, tai chi, acupuncture and meditation as well as programs specifically for women are intended to help veterans with self-care.

“Taking care of your body, mind and spirit,” Legg said. “Meditation teaches you how to control your emotions and decrease your stress level, and that’s important because stress can cause physical pain. So rather than take so many medications, you can use mindfulness and meditation to help you control your pain.

“And, as you know, we need all the alternatives we can get to help the opioid problem.

In 2019, Legg received the Federal Woman of the Year award for the Beckley VA Hospital.

“I appreciate being chosen for that,” she said. “It was a great honor for me. It validated what I’ve tried to do over the years, which is take great care of patients and work toward great care delivery for patients.”

But more than that, she said it also validated her work in caring for her fellow nurses.

“It’s important to take care of your employees,” she said, adding she’s always tried to recognize and encourage her fellow nurses and staff through awards and other events.

And as she steps away, she said she hopes others continue to recognize their hard work as well.

“I have been honored to work side-by-side with some of the most wonderful clinical and administrative nurses through the years, especially at the VA,” she said. “I just want to encourage people to recognize, especially this day and age we’re in, that being in healthcare is just a hard profession anyway, but healthcare is tough right now. Nursing is tough.

“It’s those frontline workers out there every day who deserve real recognition and respect.”

Legg, who recently moved from Oak Hill to Pipestem for her retirement years, says she’ll miss nursing, but is ready the next phase.

“It’s time for me,” she says. “It’s been a great journey, but I have a 5-year-old grandson that is waiting on his Nana.”

She looks back on her career with fondness and pride and says she’s glad the VA was the final stop.

“The most noble way for me to end my career was taking care of the veterans — our nation’s heroes,” she said. “I can’t think of a more noble way to close out a career than to do that.”

And she regularly encourages others to consider nursing, dispensing the same advice her mother gave her 44 years ago.

“I’ve always encouraged people to see if it’s for them and go pursue what their heart and mind tells them to do,” she said. “The world needs more caring nurses now than ever.”