Concord reduces workforce because of COVID-19 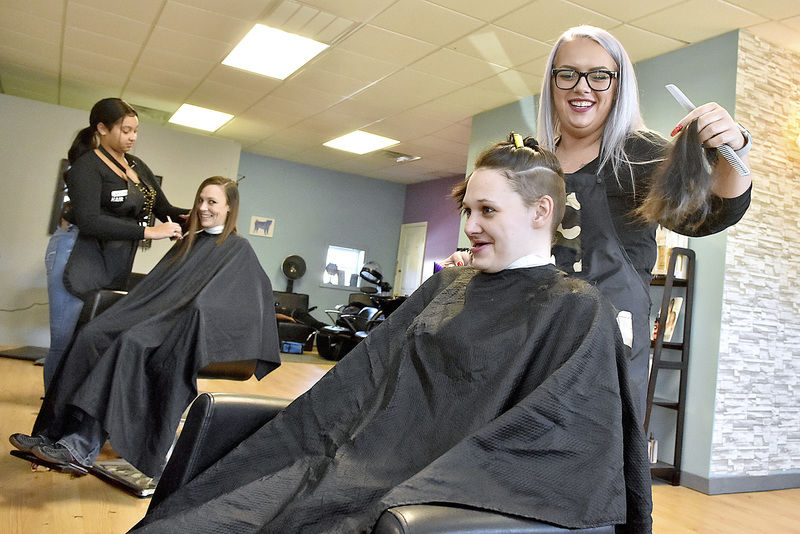 (Brad Davis/The Register-Herald) Stylist Stacey Conkle (far right), owner of Get Faded & Dye Salon, shares a laugh with customer and Pinehaven resident Luka Bruffy as she holds up a huge chunk of hair taken off as part of her undercut style do, while fellow resident Brittany Farrell gets a haircut from stylist Tyjhea Grandjean Wednesday afternoon. Get Faded & Dye spent the day providing free haircuts to residents of Pinehaven Homeless Shelter while free transportation to and from was provided. 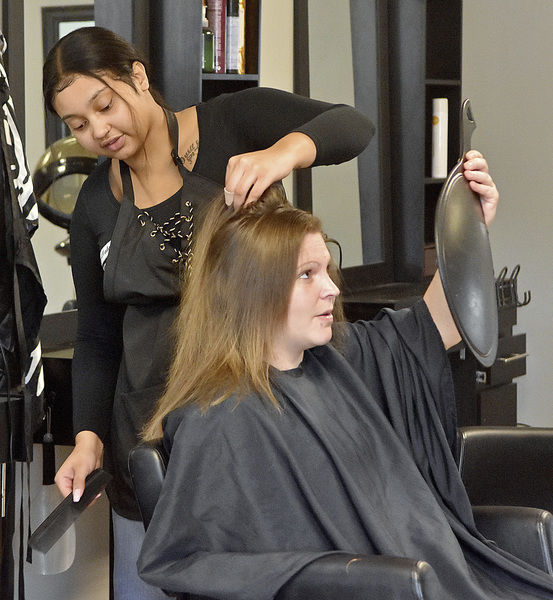 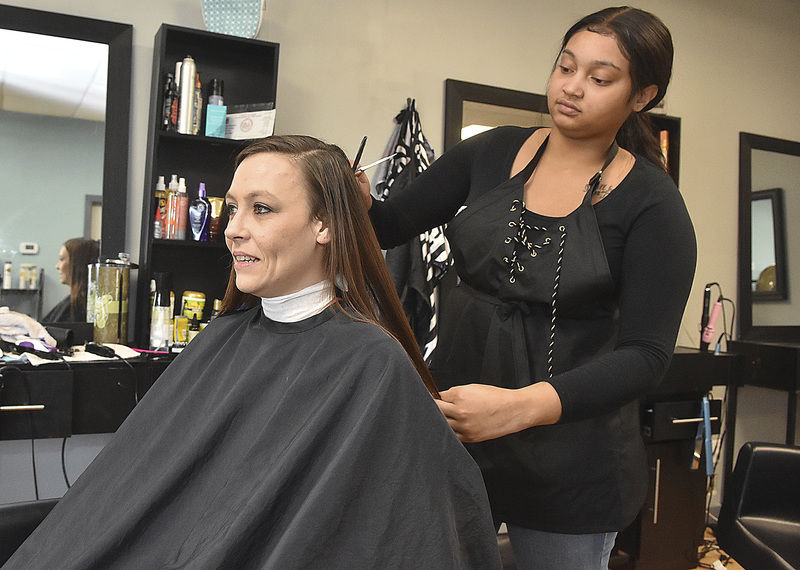 (Brad Davis/The Register-Herald) Stylist Stacey Conkle (far right), owner of Get Faded & Dye Salon, shares a laugh with customer and Pinehaven resident Luka Bruffy as she holds up a huge chunk of hair taken off as part of her undercut style do, while fellow resident Brittany Farrell gets a haircut from stylist Tyjhea Grandjean Wednesday afternoon. Get Faded & Dye spent the day providing free haircuts to residents of Pinehaven Homeless Shelter while free transportation to and from was provided.

Michael Reed is a family man.

A construction and warehouse worker, Reed, 35, said he has always worked hard to support his wife, 41-year-old Taletha Reed, who suffers from degenerative arthritis, and to take care of the couple's four children.

Their youngest child, 8-year-old Christian, loves sports. A student at Stratton Elementary in Beckley, he plays football, baseball and basketball, in kids' leagues. He loves football — and girls, his parents reported.

Reed, who has coached for the Joe Aeillo Memorial League Basketball, is also homeless this Thanksgiving.

Reed, Taletha and Christian are living at Pine Haven Center. Three of the couple's children are staying with relatives.

The slide from having a home to being among the estimated half a million homeless Americans in 2018 is not as extraordinary as some may think.

"I was living in North Carolina and had a really good job," he said. "All the bills was paid up, had food on the table, clothes on our backs and everything.

"It was a snowball effect."

In North Carolina, the Reeds were moving into a home owned by a relative. Reed said he paid the rent, but the next day, the relative told him he could no longer stay in the house. The Reeds had not planned on that situation, he said.

"We packed all our stuff and came back here," he said. "We decided if we're going to be without a home, we wanted to be closer to family."

Not long after he'd driven the car back to West Virginia, he said, the vehicle broke down.

The family did not have relatives with homes large enough to accommodate six new members. Reed opted for the three older kids to stay with grandparents.

"My mom has two of the kids, and her mom and dad has one," Reed said.

Reed showed emotion about his situation only once. His voice grew hoarse and he wiped tears from his eyes when he said that it is hard to be away from the three older children.

The kids are going to school and receiving good care, but Reed said not seeing them is painful.

When he realized that he and Taletha and Christian would need a place to stay, Reed said he called Richard Goodson of Love Thy Neighbor, a local nonprofit service for veterans, to ask for direction.

Goodson directed them to Pine Haven.

The Reeds did not know what to expect when they found themselves without a home, and they were at first cautious about going to Pine Haven. However, they found a comfortable family unit and services to help them rebuild their lives.

He said that the care has been excellent. Marguerite Lawson, a case manager and child mentor, is helping him as he searches for a job.

Taletha, a diabetic, said Lawson expresses an interest in making sure she stays healthy while she is at Pine Haven. The couple share a bed in the family unit, and Christian sleeps on a bottom bunk. He has enjoyed getting to know friends.

Reed said he would urge others who are without shelter to visit Pine Haven.

"Don't be afraid to go and ask for help," he said. "I never would've imagined how nice this place actually is.

"When you're on the outside, and thinking of people in the homeless shelter, you're thinking of how you see it on TV," he said. "I heard one family say they slept out in the cold for four days before they came up here.

"Before I'd freeze to death, I'd make sure my family's taken care of," he said. "It hurt my pride to have to come up here, but whenever you have a wife and kids, you want to make sure they're taken care of."

Reed said he is looking for a job that is within walking distance of the shelter.

Like Reed, many at Pine Haven find that the shelter is a reason to be thankful on Thanksgiving.

Leland Swafford, case manager supervisor for Pine Haven Center, said there are 75 people currently living at Pine Haven, including 13 children. "Some of them are definitely grateful for us being here at this point in time," he said. "That way, they can get out of the weather.

"We've got a lot that just come up to us and say, 'We're thankful for just having the dinner.'"

He said the holidays — November and December — are busy months.

"We're definitely seeing people come in with their kids and stuff," Swafford said. "It's a little rough sometimes, because I know they really need to be in their own home, doing their own Thanksgiving things."

Swafford said the Pine Haven team offers shelter to those learning sobriety in MOTHER and LEARN programs at FMRS Health Systems Inc., and to others who are without shelter.

He said mental health and addiction issues lead to homelessness for around 50 percent of the residents.

"We've got a lot of people that will get social security checks," he added. "They'll stay in the hotel for awhile. They'll run out of money, and they'll call us.

"They end up at the hospital, and they don't have nowhere else to go."

Some, like the Reeds, find themselves homeless after a living arrangement with a relative is compromised. He said homelessness can and does impact all segments of society. Nurses and doctors have stayed at the shelter in the past, he added.

"It's various things that go on, the reason they end up here," Swafford added. "Some lose their housing. We end up with some that's been burnt out."

Pine Haven provides access to program that help with medication, counseling and job searches, he said.

Stacey Conkle, owner of the Get Faded and Dye Salon on Eisenhower, gave free haircuts to Pine Haven residents on Wednesday.

"One of the guys I just took back (to Pine Haven) said, 'I'm going to feel good going to the interviews, with my new haircut," reported Bostick, who drove residents to and from the salon.

High Point Church served a dinner on Tuesday, and Swafford said donors are usually generous with bringing gifts for the kids for Christmas.

Swafford added that canned food, socks and personal hygiene items are always needed and invited anyone who wants to donate to drop the items by the shelter, located on the grounds of Pinecrest Hospital.