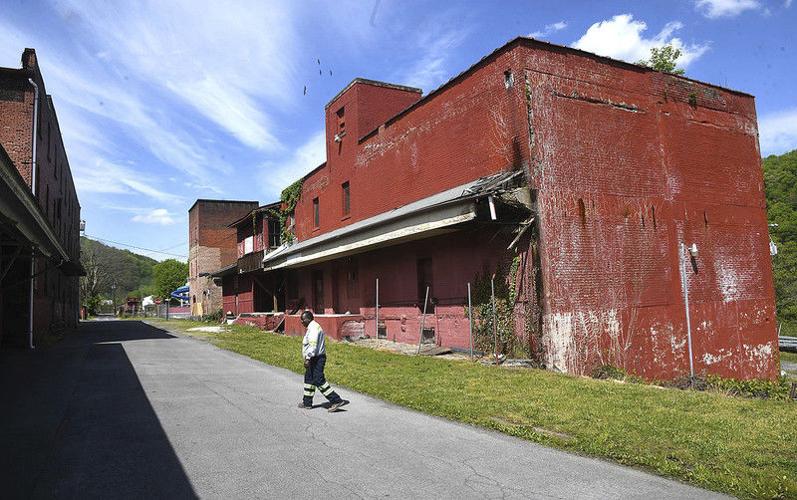 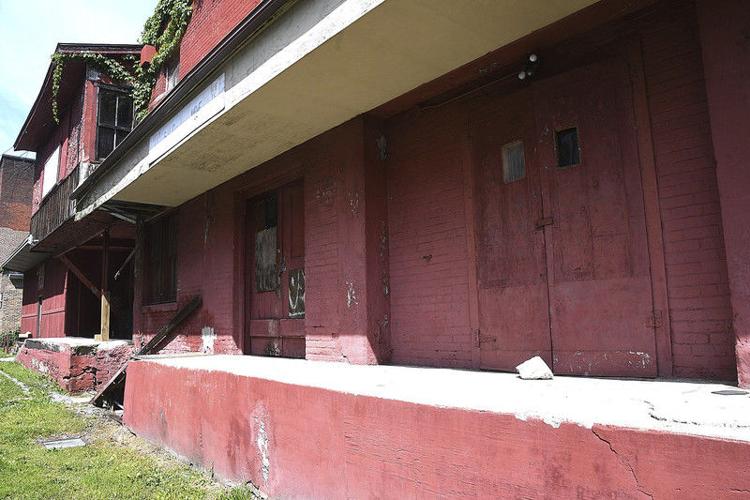 HINTON — Having received a grant through the U.S. Environmental Protection Agency’s (EPA) Brownfields Grant Program, the City of Hinton will soon begin a cleanup project of the old Hinton Ice House – formerly known as Silo Ice – which will then be renovated and revitalized, adding another recreational spot to the city’s downtown.

In early May, Sens. Joe Manchin, D-WV, and Shelley Moore Capito, R-WV, members of the Senate Appropriations Committee, announced more than $3.2 million in grant funding across West Virginia as part of a $65 million national project with $442,320 awarded to the New River Gorge Regional Development Authority (NRGRGA) through the Brownfields Grant Program to fund the cleanup of the three-story Hinton Ice House, at 508 Commercial Ave.

The funding was given specifically to help provide assessments to previously developed land that may be contaminated with hazardous waste, cleanup projects, environmental job training, technical assistance and research.

According to Cris Meadows, Hinton city manager, results of environmental assessments of the building, first conducted three years ago by CORE Environmental Services Inc. out of Lewisburg, indicate the presence of polycyclic aromatic hydrocarbons (chemicals that occur naturally in coal, crude oil and gasoline) and heavy metals in both surface and subsurface soils.

Meadows believes the contaminants could be from the building’s ties to the railroad but does know that the environmental impacts, which are not harmful unless in direct contact, require remediation prior to site redevelopment and reuse.

The Hinton Ice House was originally constructed in the 1920s and was historically used as an ice and cold storage facility and meatpacking plant before being left unoccupied for the past several years.

An issue of The Hinton News states that on Tuesday, Aug. 18, 2015, the city purchased the old Silo Ice plant and the adjacent lot on Commercial Street from Melvin Plumley and his wife Vivian Gilbert Plumley for $30,000. Vivian had owned and operated Silo Ice for 50 years with her late husband John Gilbert before closing the business in 2008.

At the time of the purchase, Mayor Joe Blankenship announced that Hinton was designing a plan to redevelop Front and Commercial streets “from the Train Station to the Freight Depot…” and that the purchase of the Ice House was the first step in the town’s revitalization.

Since then, the city has updated the downtown area further by renovating the depot and adding several places to host recreational activities.

Last year, Hinton transferred ownership of the property to NRGRDA, whose goal is to initiate, facilitate and support the community and economic development efforts within Fayette, Nicholas, Raleigh and Summers counties.

NRGRDA Executive Director Joseph Brouse says they have been cooperating with the City of Hinton to apply for funding because they see the city’s potential.

“Hinton defines Summers County. It is the core,” Brouse said. “NRDGA saw the value of a partnership with them in pursuing the EPA cleanup grant. From this funding, other small business opportunities will increase and thus enhance Hinton and Summers County as a significant destination for commerce in the New River Gorge region.”

Brouse highlighted Hinton’s downtown area, calling the city a leader in developing a growth-oriented vision for the area.

“We can’t leave these towns behind,” Brouse said. "They can play a big role in our futures. It is a big challenge all over West Virginia to get these older buildings in use and give them an economic push, but where the Hinton Ice House is situated, it is very conducive for commercial retail.”

Hinton has designed a multi-use redevelopment plan for the downtown area including an updated water park, stores and shops, playground area, and associated recreational facilities.

Specific to the property, conceptual plans have been designed for the construction of an amphitheater on the vacant part of the property with seating conforming to the natural contours of the hillside. Also in the plans is refurbishing the existing building to house support services, including public restrooms, concessions and future potential for a seasonal restaurant or café.

The two-phase environmental site assessments were the beginning stages of the revitalization project. However, plans were forced to be put on hold until the city could fund the contamination removal.

Meadows explained that the city started applying for cleanup money and, after being denied for the Brownfields Grant last year, was finally awarded the money this year.

The project will occur in two phases. Phase one will include the removal of all the contaminants from the soil and phase two will focus on monitoring the site over a set period of time to make sure it is cleaned and safe for future use.

The entirety of the Brownfields Grant will be used for cleanup. Meadows says once the site is clean, the city can pursue grants to begin restorations.

All excavated materials found on site will be disposed of at a permanent landfill facility.

“The more people we can draw from surrounding areas to come to this community, the better we are,” Meadows said.

"We are trying to rely more on tourism,” he said. "There are only 2,500 people here, so it is hard for us to support our small businesses without outside help.

"The plans for the site may change by the time we are finished cleaning, but whatever we do we definitely want it to be something that benefits downtown and makes sense for what we are trying to accomplish.”

Vivian Gilbert Plumley, 85, approved of the city’s plan to refurbish the space, recalling her memories of the building when it was used as an ice plant.

“Oh, my goodness. I think it will be great if the city could do that. It’s a big, sturdy building but if anybody is going to use it, it needs to be repaired and kept up. I think it’s just a wonderful idea!”

“We are so blessed to get this grant,” Meadows said. “This ice plant property is in our historical district and is a main part of the redevelopment of downtown. Cleaning up this property for future reuse will benefit us all for years to come.”

The cleanup portion of the Ice House project is scheduled to begin Oct. 1 with a completion timeframe of three years.

Additional renovations will be done once both phases of the project are complete and funding is available.

Jerald (Jerry) Birdsong, 79, of Mt. Hope died June 26, 2022 at Ruby Memorial Hospital in Morgantown. He was born June 28, 1942 in Newport News, Va. A USMC veteran, he served on the USS Intrepid and participated in the at sea pick-up of the first US Astronaut, Alan Shepard. He was a proud mem…

Karen Hodel Andrews, 74, of Leland, NC, died Tuesday, June 21, 2022 at Davis Nursing Home in Wilmington following a long illness. She was born on December 13, 1947, in Beckley, WV, the daughter of the late George and Muriel Coutlee Hodel. Surviving is her husband, Richard S. Andrews of Lelan…

Freddie Amos Plumley, 81 of Hinton, passed away Sunday, June 26th 2022, at Main Street Care in Hinton following a brief illness. Born July 25th, 1940 at McCreery, WV, he was the son of the late J. Amos and Nellie M. Ward Plumley. Freddie was a graduate of Hinton High School and was a paint c…