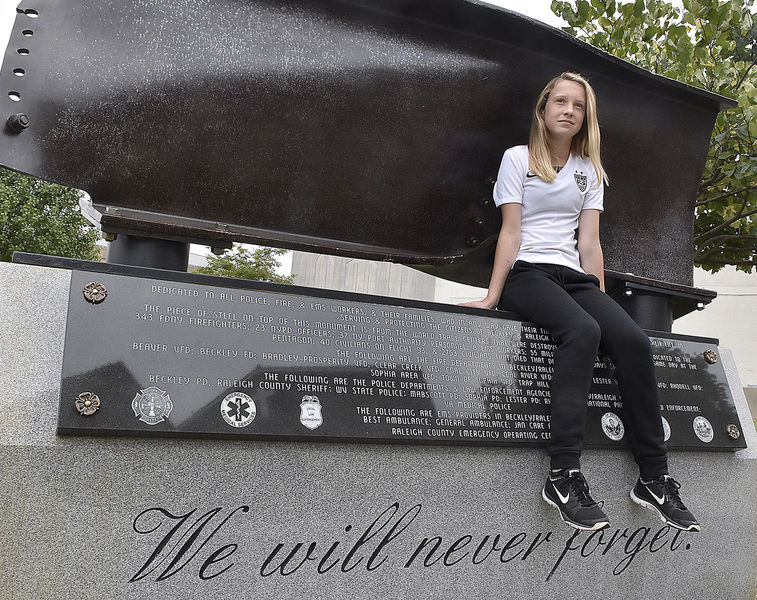 Beckley teenager Hattie Hall looks on as she poses for a quick photo at the 9-11 memorial on Neville Street. (Register-Herald file photo) 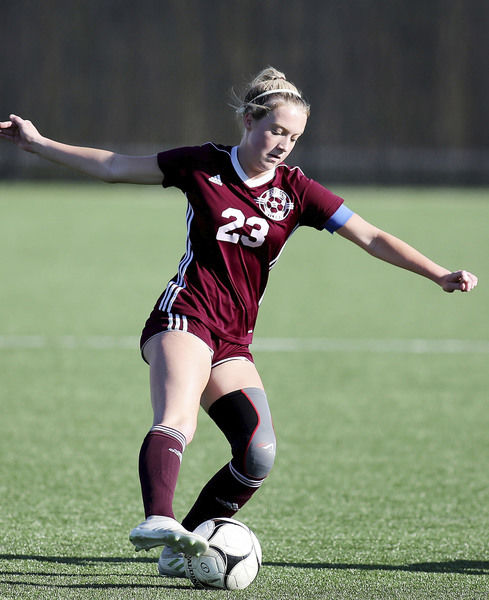 Woodrow Wilson’s Hattie Hall moves to get around a Cabell Midland player during their soccer match in Beckley in earlier this month. (Chris Jackson/The Register-Herald) 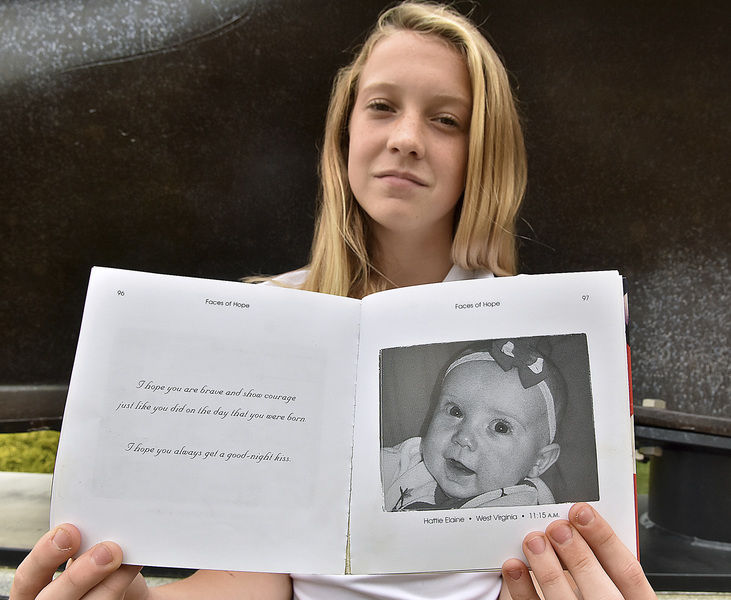 Beckley teenager Hattie Hall looks on as she poses for a quick photo at the 9-11 memorial on Neville Street. (Register-Herald file photo)

Woodrow Wilson’s Hattie Hall moves to get around a Cabell Midland player during their soccer match in Beckley in earlier this month. (Chris Jackson/The Register-Herald)

Now a Woodrow Wilson High School soccer player, Hattie will go down in history as a "Face of Hope."

Her mom, Summer Hall, was 23 years old when Hattie, her first child, was born.

Shortly after 9 a.m. on Sept. 11, nurses and doctors suddenly crowded into her room and focused their attention on the television.

"We had just turned the TV off because her labor was getting more and more intense," Hall's mom, Gina Evans, told The Register-Herald in 2003. "Somebody had turned it back on and flipped it to a news channel."

The world was watching televised coverage of terrorists, again and again, crashing two planes into the World Trade Center in Lower Manhattan Local labor and delivery medical staffers were no exception. They were hearing the never-ending beeps of first responders' personal safety devices deploying thousands of "man down" alerts. They were marveling in horror when the twin towers fell, covering lower Manhattan in a thick layer of dust and debris.

When Hall protested, the staff muted the volume on the TV.

But when Hattie — blond-haired, brown-eyed — entered the world at 11:15 a.m., she came into a changed America. Hattie's day of birth was one of the darkest days in national history. Nineteen terrorists had stolen four planes. They crashed two into the World Trade Center skyscrapers, and a third hit the Pentagon in Arlington. The fourth plane crashed in a field in Pennsylvania, after passengers launched a failed attempt to retake control of the flight.

Nearly 3,000 Americans had lost their lives, and another 9,000 were injured, in a coordinated terrorist attack, the largest on American soil. The terrorists, however, had not counted on the lift that Hattie and the other 9/11 babies would provide, becoming rays of hope for their communities and the world.

Since her birthday, Hattie has proven that she is able to navigate post-9/11 America. She is an accomplished soccer player and has co-authored or contributed to three books that will now appear in the 9/11 Memorial Museum in Manhattan.

The first book, "Day of Hope," which was published in 2003, featured Hattie and other 9/11 babies. Written by Christine Pisera Naman, whose son Trevor was also born on that fateful day, the photo book offered hope in a dark place. Naman chose one 9/11 baby from each state, and Hattie was the Mountain State's ambassador.

In 2003, Hattie and the other babies had free run of the old Toys R Us megastore in Times Square, which has since closed. Each child got a $100 gift certificate, and Hattie chose a Cabbage Patch Kid and a bunny, her grandmother Evans told The Register-Herald in 2003.

Hall said in an emailed statement that Hattie has co-authored two books since "Day of Hope."

In 2011, Naman released "Faces of Hope: 10 Years Later." The book showed the infants, including Hattie, who had grown into "big kids." Hattie and the other kids co-authored the book and reunited in New York for the 10-year anniversary of 9/11.

This past July, Hattie and the other "Faces of Hope" babies, now high school seniors, gathered again in New York City. They celebrated their birthdays a little early in honor of their books being placed in the 9/11 Memorial Museum.

Hall added that the books will be offered as educational materials in American schools.

She reported that a documentary is now being produced to follow some of the children in the upcoming year.

She said that Hattie is preparing for college and "a new chapter" in her life.