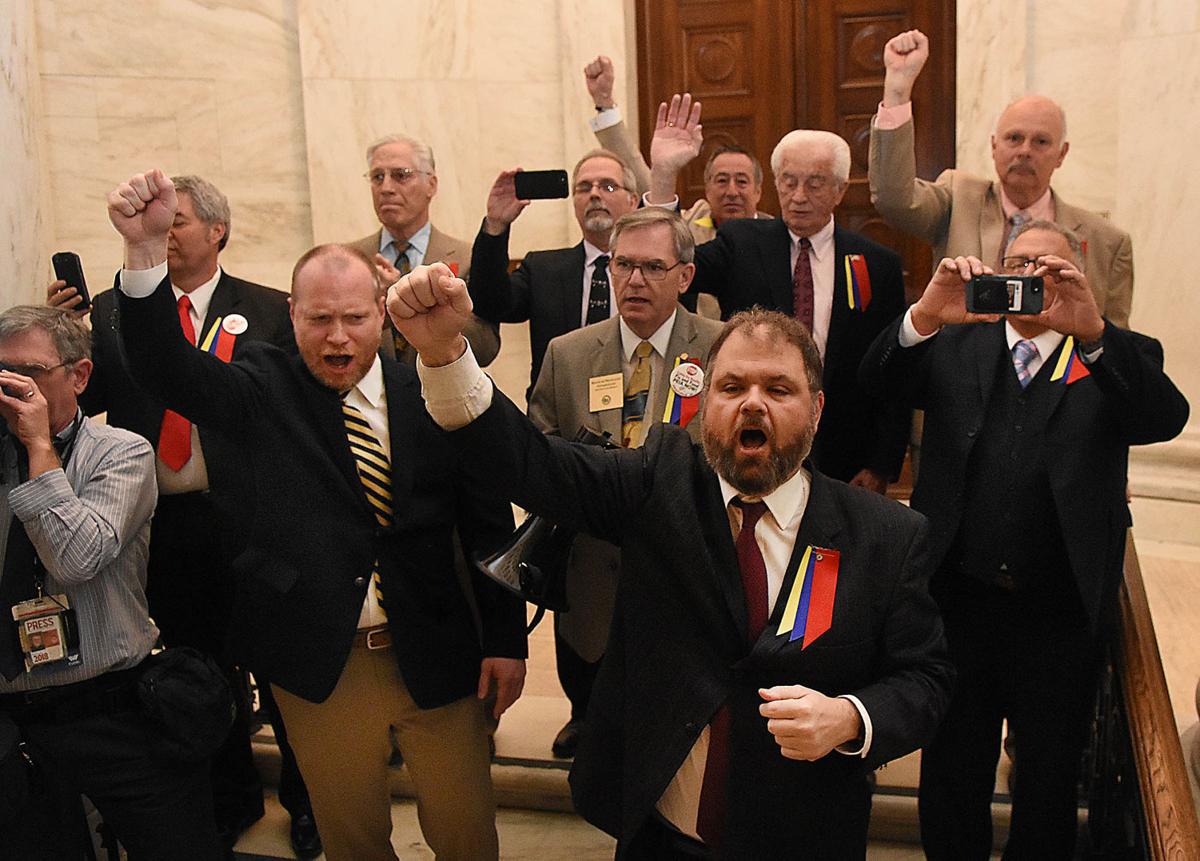 Senator John Unger, foreground, along with other delegates and senators, cheer of the 5 percent pay raise for all state employees was announced. (Rick Barbero/The Register-Herald) 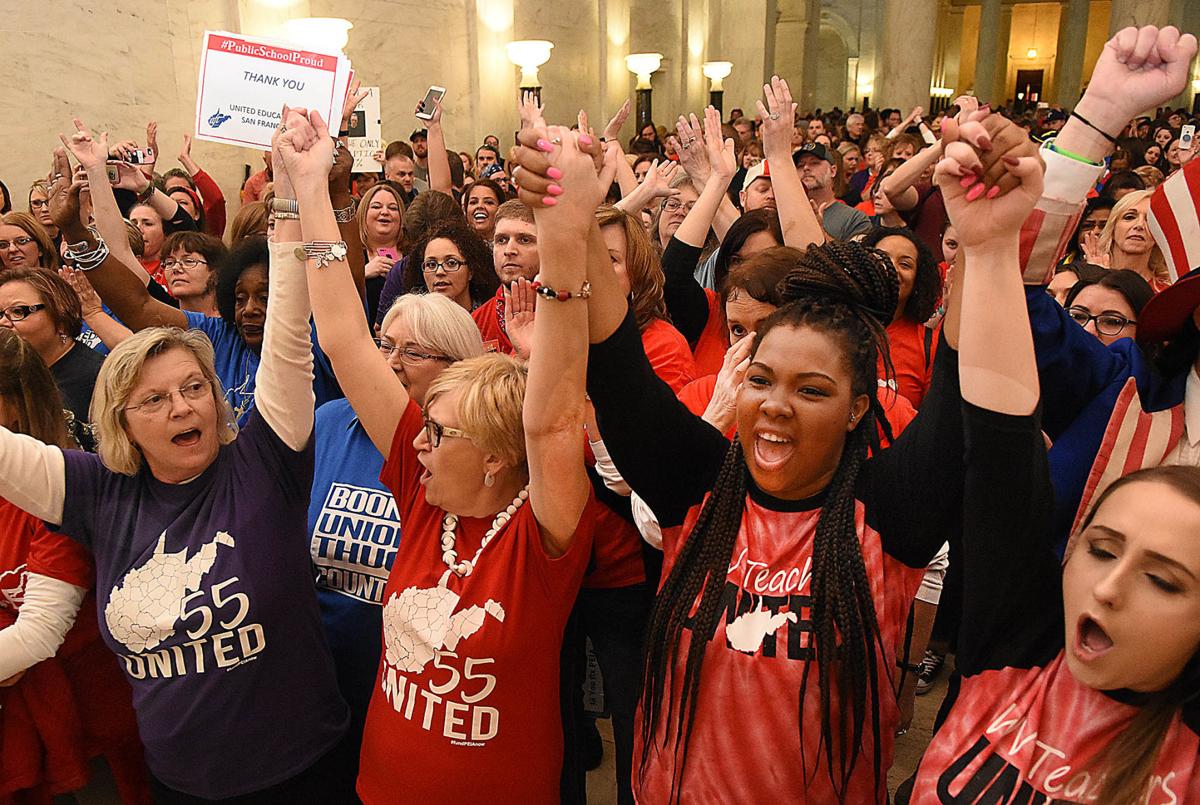 Teachers, service personnel and supporters celebrate after a 5 percent pay raise for all state employees was announced during Day 9 of the walkout. (Rick Barbero/The Register-Herald)

Senator John Unger, foreground, along with other delegates and senators, cheer of the 5 percent pay raise for all state employees was announced. (Rick Barbero/The Register-Herald)

Teachers, service personnel and supporters celebrate after a 5 percent pay raise for all state employees was announced during Day 9 of the walkout. (Rick Barbero/The Register-Herald)

CHARLESTON — Cheers erupted from the Senate Finance room following a conference committee's announcement they would adopt a report calling for a 5 percent pay raise for teachers and all state employees.

The committee was tasked with finding a compromise for a raise — House members and the governor called for a 5 percent pay raise for teachers, service personnel and State Police, whereas the Senate called for 4 percent for all state employees.

Sen. Craig Blair, R-Berkeley, announced in Tuesday's meeting that the Senate would recede from its position on a 4 percent raise across-the-board. However, Blair said there would be "deep cuts" to the budget.

"There is going to be some pain," Blair said. "Because with this, we have not agreed to use any of the $58 million of the governor's revenue estimates."

The conference committee unanimously accepted the committee report calling for the 5 percent raise for all public employees. Senate Majority Leader Ryan Ferns said it is his intent to take action on the bill today by suspending the rules that would have the report held over one day.

Before the committee met, Gov. Jim Justice announced the deal via Twitter. “We have reached a deal. I stood rock solid on the 5 percent teacher pay raise and delivered," he tweeted. "Not only this, but my staff and I made additional cuts which will give all state employees 5 percent as well. All the focus should have always been on fairness and getting the kids back in school.”

Many in the room were cautiously optimistic, including Dale Lee, president of the West Virginia Education Association and Christine Campbell, president of American Federation of Teachers-West Virginia. Both said they want to see the bill pass both houses.

“We have to see it pass both houses,” Lee said.

“We want to see it pass today, so we can see action and evidence,” Campbell said.

Tina Workman, of Kanawha County, is a 10-year first grade teacher at Midland Trail Elementary. She sat with several other Kanawha County teachers waiting for the meeting to start.

Workman said although she was happy to hear the deal, she said she wouldn't celebrate until the bill is signed.

“Last week we heard of a deal reached and people believed it too soon,” Workman said. “I was one that was iffy. We are very happy that this committee has seen the light for some miraculous reason, but we don't believe it until it's signed, sealed, delivered. Then, we will be where we want to be which is in the schools with our kids.”

Workman and the other teachers, said they were surprised by the events Tuesday morning, saying they left Monday night not feeling hopeful of a resolution.

“We want it signed by everybody,” she said. “We want it done. Then, we will have the biggest party with our students that we can have because we miss them.”

This story will be updated.