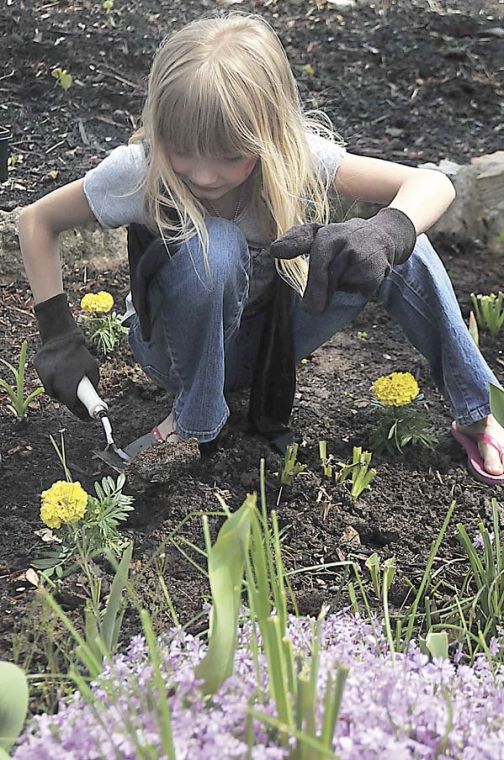 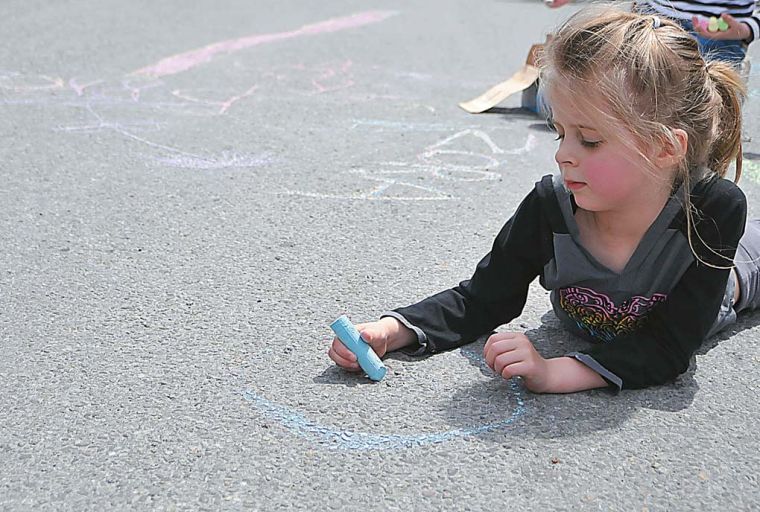 Five-year-old Lydia Salmons draws on the street with chalk during the Earth Day celebration in Fayetteville on Saturday. 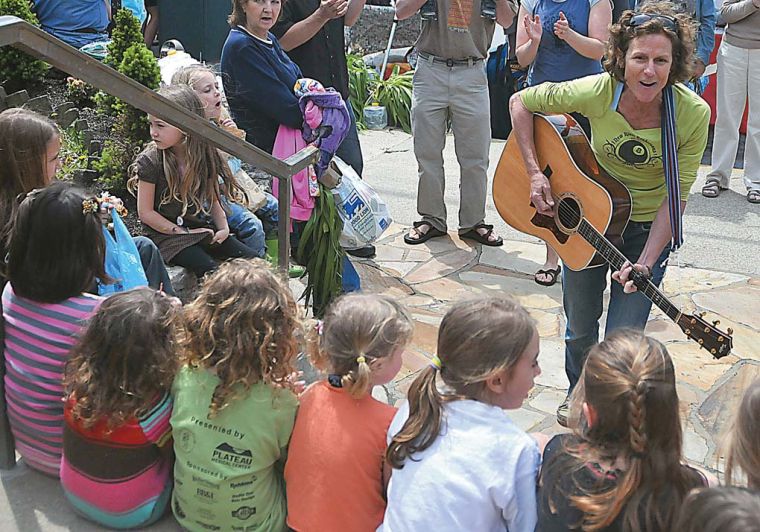 Maura Kistler, owner of Water Stone Outdoors, sings “This Land is Your Land” with children during Fayetteville’s Earth Day celebration on Saturday.

Five-year-old Lydia Salmons draws on the street with chalk during the Earth Day celebration in Fayetteville on Saturday.

Maura Kistler, owner of Water Stone Outdoors, sings “This Land is Your Land” with children during Fayetteville’s Earth Day celebration on Saturday.

In our busy lives, it’s easy to forget about the planet on which we live, but those who attended Fayetteville’s sixth annual Earth Day Celebration Saturday refused to do so.

“This year, we expected around 30 vendors,” Rist said. “When it first started, we probably just had 30 people, but today we’ve had well over 100. It’s been the biggest event ever.”

According to History.com, Earth Day was the brainchild of Sen. Gaylord Nelson and was founded in 1970 as a way to create a “mass environmental movement.” The event was held April 22 to maximize attendance from college students, the website states.

Crystal Reed and her daughter, Arianna, said Saturday was the third Earth Day celebration they had attended.

“It gets better every year,” Reed said. “My favorite part is the flowers and the plants they give out to people to plant.

“God made the Earth, and on Earth Day, our job is to make it beautiful.”

Also downtown was a group of people planting a community flower garden. Annita Lanham explained that at one time, there were overhanging trees that presented a hazard.

“We had to take them down anyway, so we decided to have a flower bed,” Lanham said. “We started this in 2007 because we needed to put something beautiful in this space.”

Lanham also mentioned that she and her group had conducted a litter cleanup of the town earlier that morning and had planted a total of nine rose bushes on the outskirts of downtown Fayetteville.

Although the event provided many fun activities, another facet was to inform people about the state’s wildlife and the importance of recycling.

Leah Perkowski-Sisk, with the National Park Service, had a booth that explained the different types of wildflowers that grow naturally in the area and also distributed wildflower seeds.

Perkowski-Sisk explained that there are more than 1,200 species of wildflowers that grow locally.

For her, Earth Day is not just a one-day-a-year event, however.

“It deserves more credit than that,” Perkowski-Sisk said. “Whether you get outside and enjoy the parks or just go outside in general, it’s a good way to remember what’s there and to take care of it.”

Donald Lee "PD" Falls, 66, of Edinburg, VA passed away on February 11, 2021 at the Mayo Clinic Hospital in Jacksonville, FL after a courageous battle with cancer. His infectious humor and laughter were with him until the end. Donald grew up in Alderson, WV and served in the U.S.M.C. from 197…