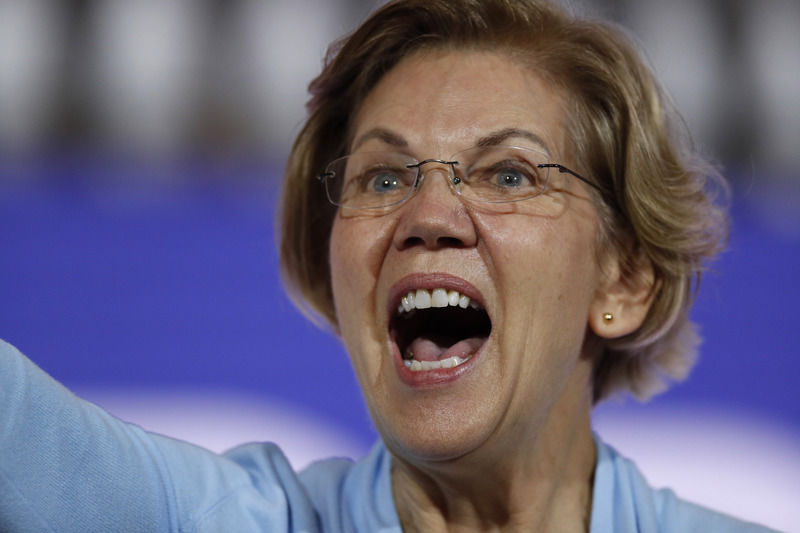 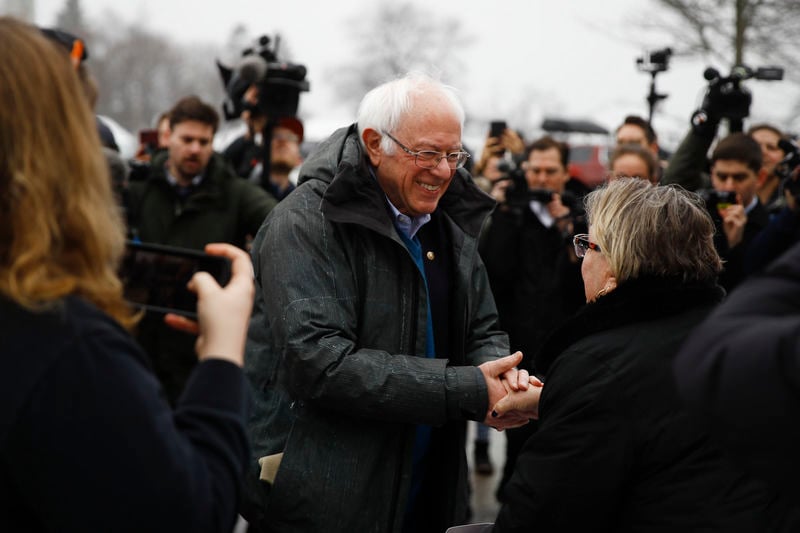 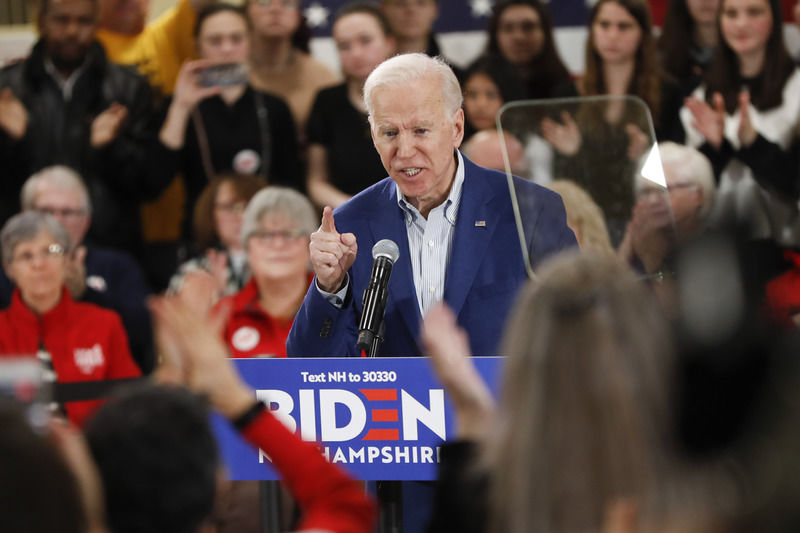 WASHINGTON — It didn't take the high-profile disaster that was last week's Iowa caucus for state political parties to move away from the party-run presidential preference system.

Even before the Iowa debacle, caucuses were on their way out across the country. Ten states that hosted caucuses in 2016 — Alaska, Colorado, Hawaii, Idaho, Kansas, Maine, Minnesota, Nebraska, Utah and Washington — switched to primaries for this presidential cycle.

In the coming weeks, caucuses are looming in Nevada (Feb. 22), North Dakota (March 10) and Wyoming (April 4). The chaos in Iowa has convinced many in those states that this year's caucuses should be the last.

"It's not a surprise that with all of this, political parties would want to move away from using caucuses," said Richard L. Hasen, a professor of law and political science at the University of California, Irvine.

Hasen, who recently authored "Election Meltdown," a book that focuses on increasing distrust in the voting process, said Iowa might stop caucusing or lose its status as the first state to vote.

"People are angry about their incompetence," he said.

State election agencies run primaries. But in caucuses, parties often rely on limited resources and untrained volunteers, which leaves room for error, said Rachael Cobb, an associate professor of government at Suffolk University who has argued for scrapping the process.

"Caucuses are problematic," she told Stateline. "I think almost every state party will get rid of them."

Republicans also hold presidential caucuses and have seen similar debacles. In 2012, the Iowa Republican Party declared the wrong winner of its caucus. It switched the victor two weeks after the contest from former Massachusetts Gov. Mitt Romney to former U.S. Sen. Rick Santorum of Pennsylvania.

Caucuses bring people together to discuss party platforms and elect delegates to state conventions. But they can take hours, and can leave out voters with children, disabilities and night-shift jobs. They usually occur at night, when participants show up at a precinct, cluster around a sign for their preferred candidate, get counted by hand, then disperse to other gaggles if theirs is declared "nonviable."

Even before Iowa's meltdown, national Democratic Party leaders recognized the hurdles of the caucus process and encouraged state parties to make changes, including by passing rules that allow for absentee options and greater access for voters with disabilities.

In Iowa, party leaders introduced satellite caucuses that allowed participation at different locations and times, instead of just the normal 7 p.m. start time at their local precinct. In Nevada, the state party expanded access to early voting.

"If we wanted to expand the process, early voting would be one of the best ways," said Molly Forgey, the communications director for the Nevada Democratic Party. "Early voting can be less intimidating and take less time."

But other states have decided that caucuses aren't worth fixing.

After conducting surveys online and at the Nebraska State Fair that showed an overwhelming majority of Democrats wanted to ditch the caucus system, the state party decided in December 2018 to return to primaries. Nebraska Democrats had held caucuses since 2008.

Jane Kleeb, chairwoman of the Nebraska Democratic Party, said that while she appreciates the party-building aspects of caucusing, there were too many other reasons to get rid of the system, including concerns about access and difficulties finding caucus space.

Mostly, though, she worried about spending limited state party resources to run the process. Instead, she said, states should run primaries.

"We are a red and rural state that fights tooth and nail for every dollar we raise," Kleeb said. "I couldn't justify having to spend $300,000 on facilitating a caucus that I would feel comfortable meeting access standards. That money should be spent on getting Democrats elected and building up local county parties and local volunteer infrastructure."

There is no question, Kleeb said, that the Democratic National Committee will call a commission after this presidential cycle to look at the future of caucusing and the order of state primaries.

The national party did not respond to a request for comment.

The Minnesota Democratic-Farmer-Labor Party also decided to move to primaries for the presidential election after receiving complaints from voters in 2016 about long lines and other accessibility issues. The party still will keep caucuses around in some form for party-building activities, such as endorsing candidates for local offices and choosing platform positions.

In Wyoming, state Democratic leaders hope this year's caucus — required under state law — will be their last before switching to a primary system by 2024.

As in other states with caucuses, the Wyoming Democratic Party worked to make the process more accessible. Democrats can now rank candidates on a mail-in ballot before the April 4 contest, meaning they won't have to show up in person.

"Caucuses are a lot of fun; they're rowdy and exciting," said Wyoming Democratic Party Chairman Joe M. Barbuto. "But they don't necessarily get an accurate count of how a county feels."

After this presidential cycle, Barbuto wants the legislature to change to a primary system. So far this year, no such bill has been introduced.

North Dakota also is bound by state law to the party-run caucus system. This year, however, the North Dakota Democratic-Nonpartisan League Party has updated the traditional caucus process.

State Democrats will be able to vote in person by simple ballot on March 10 at 14 polling locations statewide, including on the five federally recognized Native American reservations, over an eight-hour window. Voters who cannot show up in person also for the first time have the option of voting early by mail.

"We have a lot of excitement for this from people in our rural community, who often have to drive 20, 30 minutes to the nearest polling station, if not more," said Tyler Hogan, political affairs director for the state party. He said the option also allows North Dakota Democrats who live out of state during the winter to finally join the caucus process.

With these changes, Hogan expects "a much higher turnout" than in 2016. State parties also want to avoid the issues that plagued this year's Iowa caucuses.

After years of candidate visits, endless campaign calls, texts and emails, and with the eyes of the world upon them, Iowans gathered Feb. 3 in gymnasiums, union halls and places of worship to decide who they wanted to be the Democratic presidential nominee.

But by the end of the week, there were still no official results because of a coding error by a company the Iowa Democratic Party hired to build an app for precincts to report results.

On Thursday, in response to delays and errors in reporting results, Democratic National Committee Chairman Tom Perez called on the Iowa Democratic Party to recanvass the entire state. "Enough is enough," he tweeted.

But even before the reporting fiasco, the process of caucusing in the Hawkeye State had its challenges: People were turned away at satellite caucus locations for not pre-registering, and disability advocates spent much of the day arranging transportation and assistance for elderly caucusgoers or those with disabilities. Many Iowans decided not to caucus because of some of these barriers.

Addressing the results challenges to reporters the day after the caucuses, Iowa Democratic Party Chairman Troy Price apologized for the delay, calling it "unacceptable," while also recognizing that it calls into question not only Iowa's status as first in the nation but also using caucuses as a tool.

"I know how important it is for our party, to our state and to everyone from our neighbors to new voters to be able to come together all across the state," he said in a shaky voice. "The fact is this is a conversation that happens every four years. There is no doubt that conversation will happen again."

But the caucuses remain popular in Iowa, and for many residents they are a deeply personal process.

The caucuses allow party members to gather in a unique setting and talk about the biggest issues facing the country, said Rachel Paine Caufield, a professor of political science at Drake University in Des Moines.

"People say that caucuses shouldn't exist," she said, "and I disagree entirely with that. We still need venues in American life where people come together and talk about issues. They talk about candidates, they talk about what's going on in their community, and they talk about a shared political agenda."

It's too early to determine whether the state will get rid of caucuses or lose its status as first in the nation, said David Yepsen, a longtime political journalist and host of "Iowa Press" on Iowa Public Television. That depends on how national party leadership responds.

"I expect pressures to grow here to go to a primary," he told Stateline. "Right now, passions are running pretty high. Caucuses have a bad name, but they have things that make them worthwhile as a party-building activity. I can't make any predictions yet."