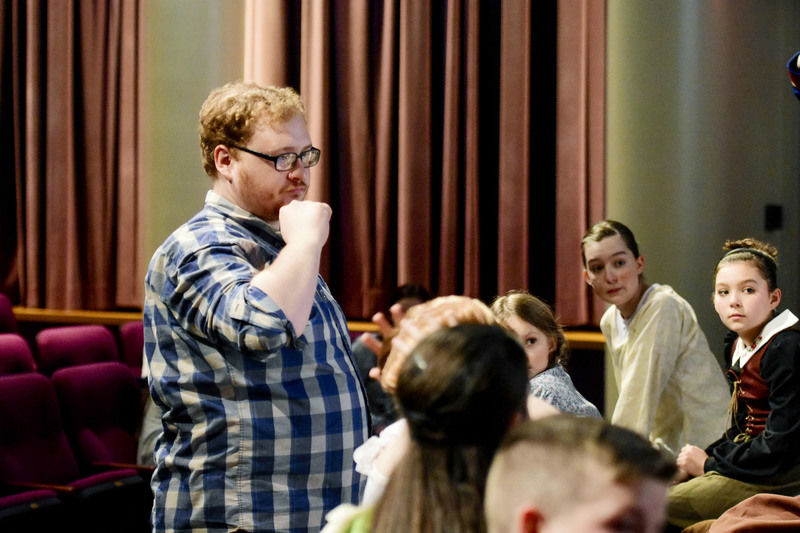 Zach Bolon, director of performing arts, works with youth performers prior to rehearsal for Frozen Jr. at the theater at Tamarack on Tuesday. (Chris Jackson/The Register-Herald) 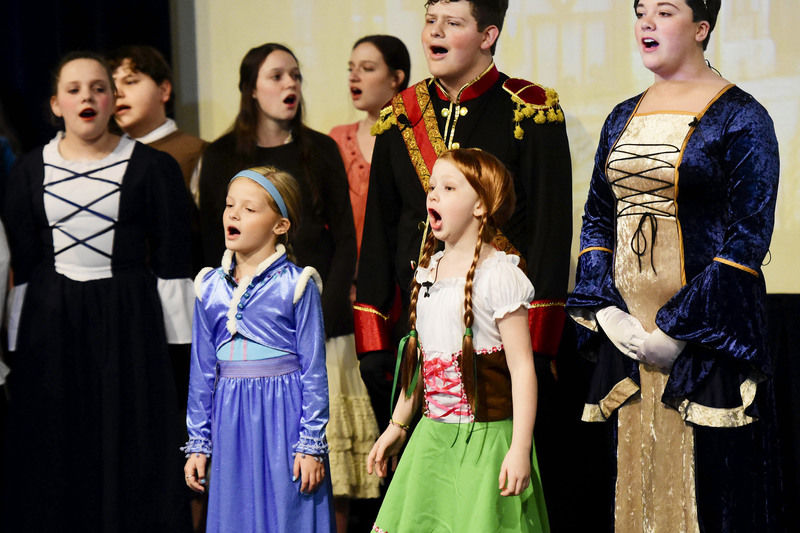 Members of the cast rehears “Frozen Jr.” at Tamarack in Beckley on Tuesday. (Chris Jackson/The Register-Herald) 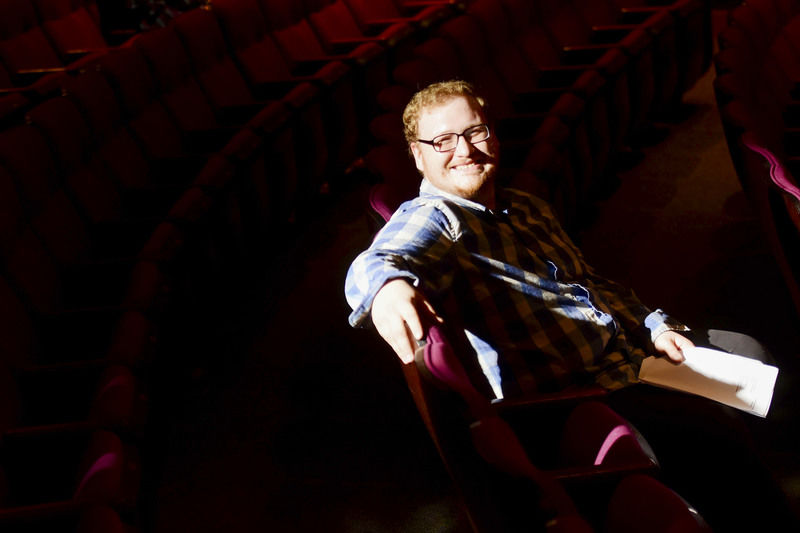 Zach Bolon, director of performing arts, at the theater at Tamarack on Tuesday. (Chris Jackson/The Register-Herald)

Zach Bolon, director of performing arts, works with youth performers prior to rehearsal for Frozen Jr. at the theater at Tamarack on Tuesday. (Chris Jackson/The Register-Herald)

Members of the cast rehears “Frozen Jr.” at Tamarack in Beckley on Tuesday. (Chris Jackson/The Register-Herald)

Zach Bolon, director of performing arts, at the theater at Tamarack on Tuesday. (Chris Jackson/The Register-Herald)

Zachary Bolon, Director of Performing Arts at the Beckley Art Center, shares his passion for teaching theater and his hopes to instill a love for fine arts in the lives of Beckley’s youth.

Bolon, who has been the director of the Performing Arts Program for four years, transitioned over to the art center when the programming was acquired by the BAC from the School of Harmony in July of 2019.

“I was hired at the School of Harmony to start a theater program there. A highlight from that journey is that I now have the tools to bring a lot more to the community.”

Bolon, who graduated with a bachelor’s in music from Wesleyan in 2016, has certainly brought these tools to the BAC by helping develop the program’s offerings, spearheading the private music lessons and directing the youth theater program, including their newest production, Frozen Jr. which premieres Jan. 16.

Through his position, Bolon hopes to help break young actors out of their shells and become more outspoken through theater like he did.

“My passion is working with the children. When I started theater, I was 10 and very shy. I didn’t like speaking to strangers, but theater helped me so much. It’s really exciting for me to get to see growth in these young people.”

Bolon teaches close to 20 children Monday through Thursday and holds theatre rehearsals during the weekend as well.

“He oversees all the private music lessons and the instructors at our second location on Neville street. I met Zach when he was 10 or 11. He enrolled in theater camp that I was running at the time and now we are working together as colleagues.”

Moore says that now, Bolon is able to share his vast skillset and knowledge with other young people, which he says is important for theater awareness and appreciation.

“I have personal goals for the program. I just want to see growth in it and see it expand far beyond myself,” Bolon shared.

[br]RAINELLE [ndash] JoAnn Walker, 89, of Rainelle passed away on January 21, 2020 at Peyton Hospice House, Lewisburg. She was born October 22, 1930 at Rainelle to the late Howard H. Bradley and Myrtle Shinaberry Bradley. In addition to her parents, she is preceded in death by a son, Mike Be…

Robbie Lee Duguid, 47, of Fort Lauderdale, FL, formerly of Beckley, passed away on Monday, Jan. 20, 2020. Robbie was born March 30, 1972 in Martinsville, VA. He was preceded in death by his spouse and the love of his life Tim Aliff, his dad, Frank Dempsey and aunt, Elizabeth (Cookie) Duguid.…

Mary Anne Hayes, age 80, of Meadow Bridge, passed away on January 12, 2020, at her home, following a long illness. Mary was born on March 2, 1939, in Claypool, WV, daughter of the late Ledro and Fannie Ennis Adkins. Throughout her life, Mary enjoyed traveling, quilting, and collecting apple …