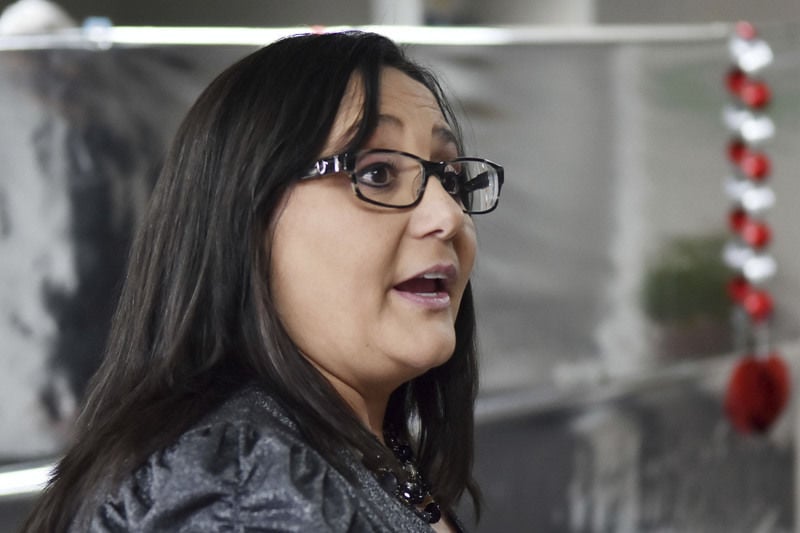 Coalfields Cannabis owner Devonna Miller-West spoke to The Register-Herald about the store's products for a business feature in January. 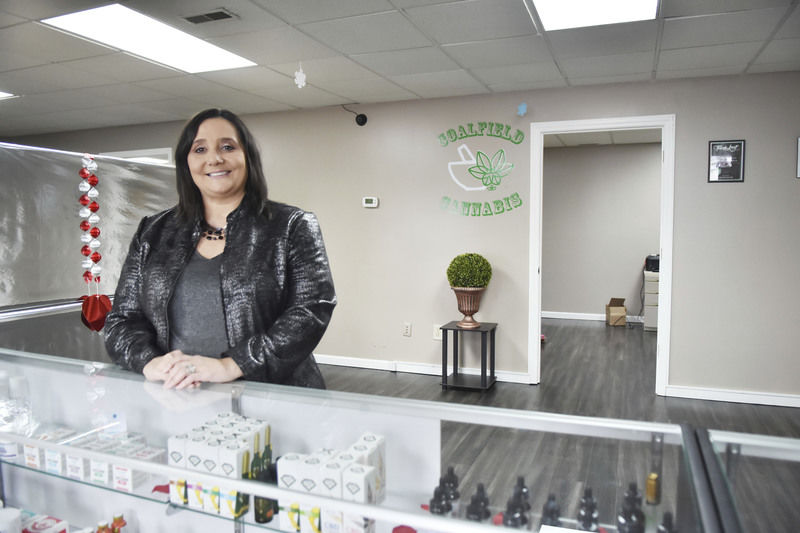 Devonna Miller-West, who’s been a pharmacist for 26 years, owns two cannabis stores in the region, Alternative Healing in Oceana and Coalfield Cannabis in MacArthur.

Coalfields Cannabis owner Devonna Miller-West spoke to The Register-Herald about the store's products for a business feature in January.

Devonna Miller-West, who’s been a pharmacist for 26 years, owns two cannabis stores in the region, Alternative Healing in Oceana and Coalfield Cannabis in MacArthur.

An Oceana pharmacist is among four people and a pharmaceutical distributor charged, by a federal grand jury in Ohio, with conspiring to distribute controlled substances in a July 17 indictment returned in Cincinnati.

Devonna Miller-West, 49, a pharmacist for 26 years and owner of Westside Pharmacy and cannabis stores Alternative Healing in Oceana and Coalfield Cannabis in MacArthur, was among those charged in the indictment, according to an announcement by the U. S. Department of Justice.

• Miami-Luken Inc., based in Springboro, Ohio, and now closed;

• James Barclay, 72, of Springboro, Ohio, the former compliance officer of Miami-Luken; and

All four, and Miami-Luken Inc., are charged with conspiring to illegally distribute controlled substances, a crime punishable by up to 20 years in prison, according to federal prosecutors.

“Today’s arrests should be a wakeup call to distributors and pharmacists who are allowing opioid prescription pills to be illegally sold and dispensed from their facilities,” said John Martin, U.S. Drug Enforcement Administration assistant administrator. “These actions will not be tolerated by the DEA, and they will be brought to justice.”

Miami-Luken supplied pharmaceuticals to more than 200 pharmacies in Ohio, West Virginia, Indiana and Tennessee, according to the federal indictment.

From 2008 until 2015, the company generated more than $173 million in consolidated sales per year, with more than 70 percent of the profits from wholesale distribution.

Also, according to the indictment, Rattini, Barclay and Miami-Luken sought to enrich themselves by distributing millions of painkillers to doctors and pharmacies in rural Appalachia, where the opioid epidemic was at its peak.

The distributor and its officials allegedly continued to distribute millions of pills to Westside, Tug Valley and other pharmacies even after being advised by the DEA of their responsibilities as a wholesaler to ensure drugs were not being diverted and to report suspicious orders, according to the indictment.

It is also alleged the company filled suspicious orders placed by Miller-West, Ballengee, among others.

Rattini, Barclay, and Miami-Luken allegedly ignored obvious signs of abuse by distributing more than 2.3 million oxycodone pills and 2.6 million hydrocodone pills to Miller-West’s pharmacy in a town of approximately 1,394 people, according to the indictment.

Ballengee’s pharmacy allegedly received more than 120,000 painkiller pills from Miami-Luken in one month.

From 2008 through 2014, Miami-Luken distributed more than 6 million hydrocodone pills to Tug Valley Pharmacy, according to the DEA.

The wholesaler allegedly provided another 2.2 million pills from 2012 through 2014 to another pharmacy that had been cut off from other wholesalers, according to federal prosecutors.

From 2008 through 2011, Miami-Luken allegedly distributed more than 3.7 million hydrocodone pills to a pharmacy in Kermit, W.Va., a town of 400 people.

As a result “of mounting lawsuits, the DEA seeking to take away its licenses and settling a lawsuit with West Virginia for $2.5 million,” Miami-Luken is now closed, according to the Dayton Daily News. The company had been in business for more than 50 years.

Glassman commended the investigation by the DEA and HHS-OIG, as well as Assistant United States Attorneys Timothy D. Oakley and Maritsa A. Flaherty, who are prosecuting the case.

An indictment merely contains allegations, and the defendants are presumed innocent unless proven guilty in a court of law, federal prosecutors emphasize.