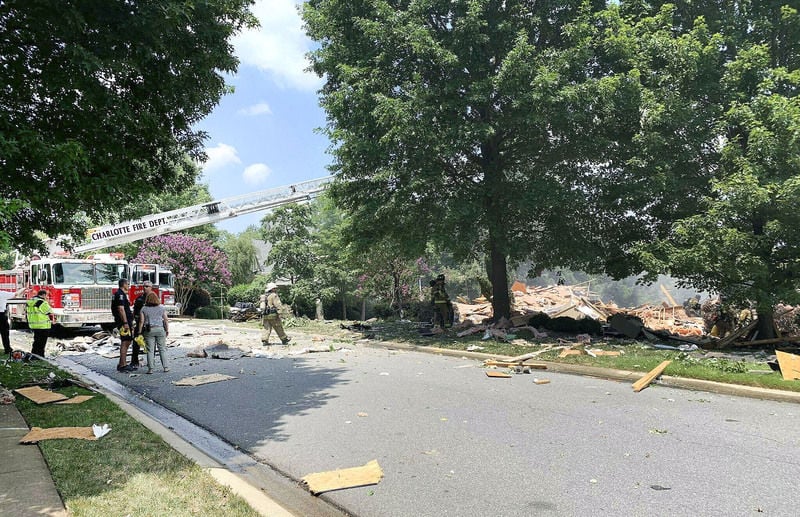 Firefighters look over the wreckage following a fire and explosion at a home in Charlotte, N.C., on Tuesday, July 2, 2019. Officials say a man who called 911 from the home after the explosion was rescued and taken by helicopter to a hospital with life-threatening injuries. (Charlotte Fire Department via AP) 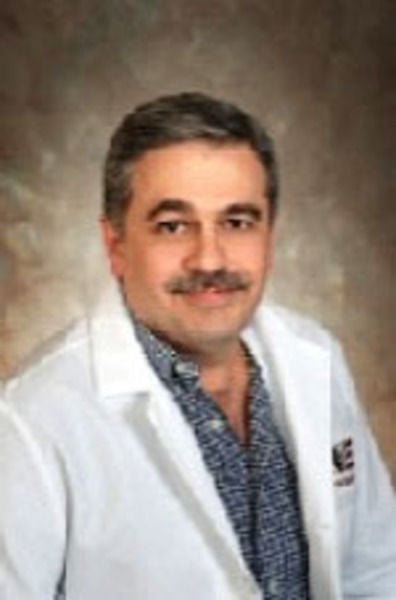 Firefighters look over the wreckage following a fire and explosion at a home in Charlotte, N.C., on Tuesday, July 2, 2019. Officials say a man who called 911 from the home after the explosion was rescued and taken by helicopter to a hospital with life-threatening injuries. (Charlotte Fire Department via AP)

A prominent Beckley cardiologist was seriously injured and his wife was killed Tuesday in North Carolina when a house exploded, Charlotte Fire Department officials confirmed Wednesday.

Dr. Jebran and Rania Karam had purchased the $1.2 million home on James Jack Lane in 2015 in Ballyntine, an affluent area of Charlotte, Charlotte media reported.

Karam had closed his practice, Raleigh Cardiology Clinic on Harper Road, from July 1 to July 8, according to a recorded message at the office.

According to Charlotte Fire Department Battalion Chief Matt Westover, fire officials received a call just before 2 p.m. Tuesday that a home had exploded.

"Our first arriving company reported that they had pulled up and basically had a pile of debris where the house used to stand," Westover said.

He said that around 80 firefighters began a search and rescue effort and that they rescued Dr. Karam after about two hours. Dr. Karam had life-threatening injuries but was alert and conscious and able to assist investigators with locating 58-year-old Rania, officials said.

"We had contact with him from the beginning of the incident," Westover said. "The biggest part of the delay was... actually removing him from the structure."

Dr. Karam had dialed 911 from under the debris.

Firefighters found Rania's body about seven hours into the search effort, Westover said.  Charlotte news outlets reported that residents brought food and drink to firefighters during their search for Rania.

"Unfortunately, that victim (Rania) did not survive the incident," Westover said.

He added that Dr. Karam and "other family members" who had arrived at the explosion site gave detailed descriptions of the house layout to firefighters to aid in the recovery effort.

Westover said a special investigatory team is determining the cause of the explosion. On Wednesday morning, the cause had not yet been identified.

Dr. Karam's patients and the couple's friends have asked for prayers for Dr. Karam and the Karam family on social media.

"Please please PLEASE pray for Dr. Karam!" Beverly Lacek of the Beckley area posted late Tuesday night. "Add him to every prayer chain you can.

"This breaks my heart," she added. "He is an absolutely amazing cardiologist."

"I think so highly of Dr. Karam," she added. "He and his family need our prayers."

“We were deeply saddened to hear about this incident," Mitchem said in a statement to media. "Our thoughts and prayers are with the Karam family during this difficult time.

"Dr. Jebran Karam is a tremendous cardiologist, physician and advocate for his patients," she added. "We wish him a full and fast recovery.”