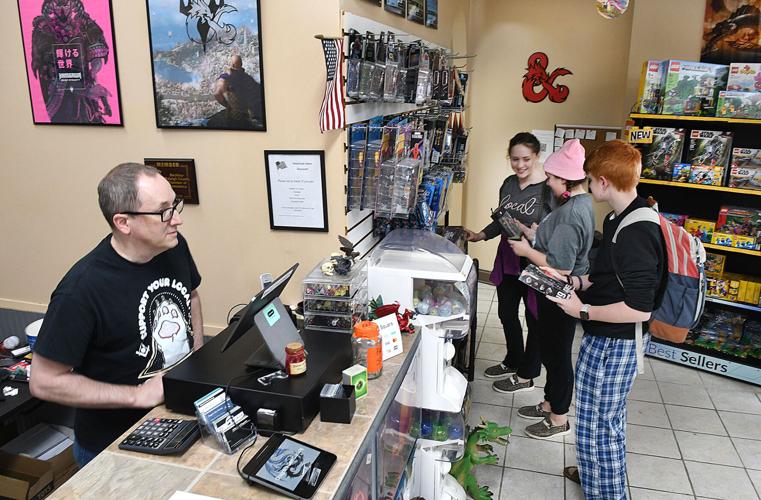 Allen Walker, owner of Dragon’s Den on Eisenhower Drive in Beckley, waits near his new cash register for customers to make a purchase. 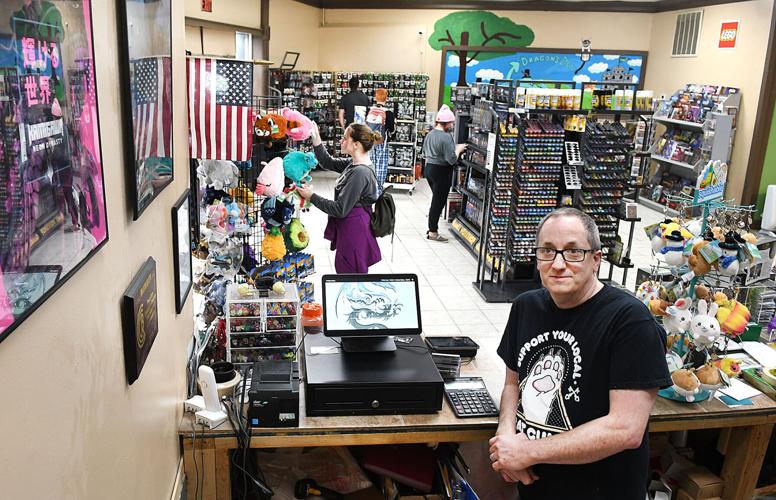 Allen Walker, owner of Dragon’s Den on Eisenhower Drive in Beckley, stands next to his new cash register. 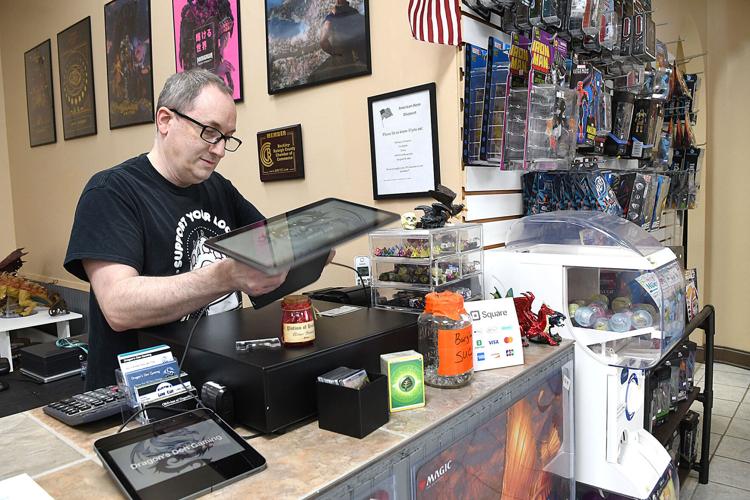 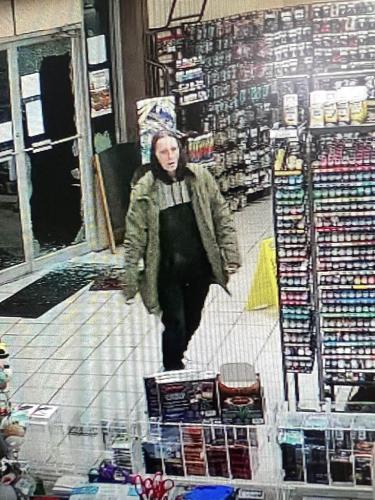 A surveillance camera photo of a woman in the Dragon’s Den on North Eisenhower Drive in Beckley after it was broken into on Jan. 18. 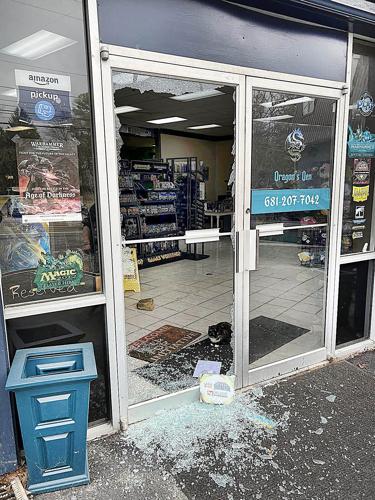 Shattered glass lies on the ground from a break-in at Dragon's Den on North Eisenhower Drive in Beckley on Jan. 18.

Allen Walker, owner of Dragon’s Den on Eisenhower Drive in Beckley, waits near his new cash register for customers to make a purchase.

Allen Walker, owner of Dragon’s Den on Eisenhower Drive in Beckley, stands next to his new cash register.

A surveillance camera photo of a woman in the Dragon’s Den on North Eisenhower Drive in Beckley after it was broken into on Jan. 18.

Shattered glass lies on the ground from a break-in at Dragon's Den on North Eisenhower Drive in Beckley on Jan. 18.

Last week when Allen Walker, owner of Dragon’s Den, had his business broken into, the suspect, a woman, only got away with roughly $200 from the store's cash register.

It then took a day to replace the front glass window the women smashed with a rock to get inside. It took a week to replace the $1,500 cash register.

Walker said he also must replace the locks to several arcade cabinets and display cases because the keys for those were secured inside the cash register that was stolen.

Although the break-in only resulted in the store’s closure for a day, Walker said it was only because he has an established business with dedicated clientele that he was able to afford such a jarring setback.

“If this had happened within the first year or two ... it would have been the death of me.,” Walker said. “I think because of the fact – where I'm at now and I have such an established and wonderful community, that's the big reason why I survived. I attribute a lot of this to the community stepping up and helping me out.”

Walker's was one of half a dozen businesses along North Eisenhower Drive and Johnstown Road that was broken into last week.

According to surveillance cameras Walker installed the morning of the break-in, a white woman with dark hair, wearing a green jacket over a black sweater and black pants, threw a rock through Dragon’s Den’s front door at roughly 9:30 p.m. Wednesday.

Walker said the woman only spent about 20 seconds in his store.

“She came in, went around the counter, grabbed the cash register and then she was gone,” he said.

Walker said it was not until employees showed up at 10 a.m. on Thursday that they discovered what happened.

“It’s sickening,” he said. “As a small business, we put everything we have into it. It’s said that in your first five years, you marry into the business and that is true.

“You spend every waking hour and minute putting everything you have into a business, trying to get it to succeed.

“Because you know the first five years, that's when your business is most likely going to fail. I'm on my sixth year. I've made it past that five.

“But something like this could set you back a couple years. And that's like the worst fear you could possibly have.

It was reported that the Scrubbies Car Wash, King Tut Drive-In, Greg Lilly Auto Sales, Mad Tats Ink and the Hair Maxx were also broken into on the same night as Dragon’s Den.

Little Lena’s Scrubs & More, which is located next to Dragon’s Den, was also broken into a week prior to the string of break-ins.

Business owners who were targeted believe the same woman committed all of the break-ins as as in each instance only the cash register was stolen.

Beckley Police are investigating the incidents but as of Monday evening, no arrests had been made.

Since the break-in, Walker said he has received an outpouring of support online and in person from friends and customers. He added that a GoFundMe was also set up, unprompted by him, by a high school friend and coworker which raised more than enough funds to fix and replace everything that was damaged or stolen.

“The overwhelming support – I mean, it brought me to tears,” he said. “People raised $2,600 (on GoFundMe). And then, of course, just the past two days, the amount of people coming in saying ‘I couldn't do the GoFundMe, but I'm going to come buy something.’ I couldn't ask for a better community.”

Walker said he is now looking to pay that support forward to some of the other small businesses that were affected.

“We're now looking online at King Tut's menu because we're going to support them by at least buying lunch,” Walker said. “That's the only way small businesses can survive, by supporting each other. It's called the velocity of money. If you spend $10 at one small business, that $10 can go to another small business and it keeps that money internally and it keeps it locally.”