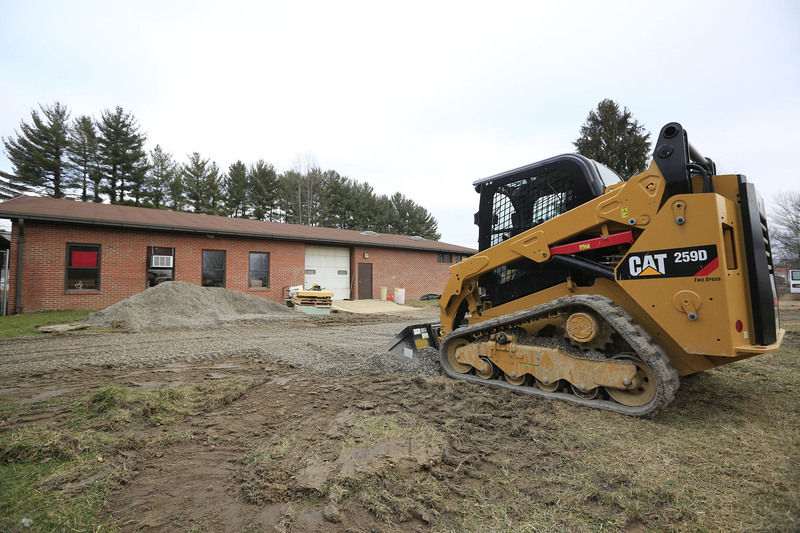 Site work continued Friday at the former shop at Collins Middle School. Officials hope to have the building ready for use as a cafeteria by Tuesday.Chris Jackson/The Register-Herald 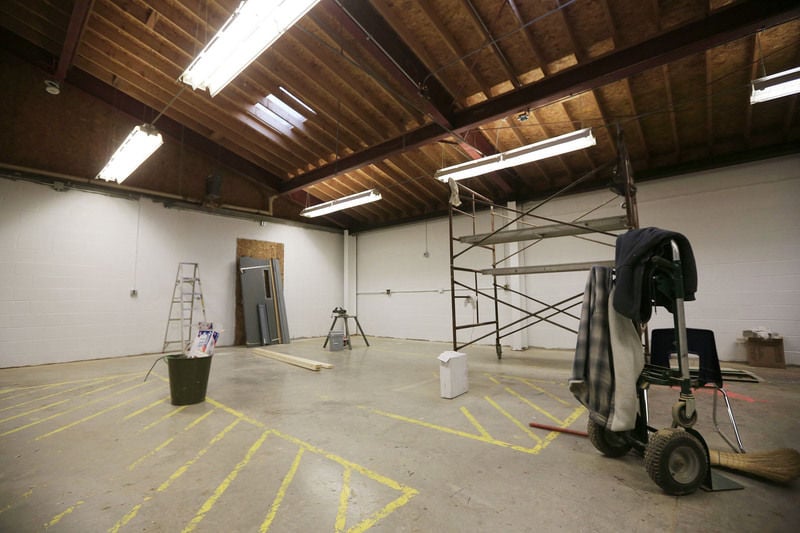 Chris Jackson/The Register-HeraldWork crews at the former shop at Collins Middle School have begun transiting the building into a cafeteria. Only fifth and sixth grades are left on the Collins campus after inspections deemed much of the multi-facility school unfit for occupancy.

Site work continued Friday at the former shop at Collins Middle School. Officials hope to have the building ready for use as a cafeteria by Tuesday.Chris Jackson/The Register-Herald

Chris Jackson/The Register-HeraldWork crews at the former shop at Collins Middle School have begun transiting the building into a cafeteria. Only fifth and sixth grades are left on the Collins campus after inspections deemed much of the multi-facility school unfit for occupancy.

OAK HILL — While more than a million visitors from all over the world take in beautiful Fayette County each year, local school children are experiencing midsemester displacement as most of Collins Middle School is condemned.

These events may seem unrelated, but economic development and tourism officials are clear: "It is an issue for us all."

"Many believe this is only an issue for parents, but I have personally known many people who wanted to move to our area but chose to locate in Raleigh County because of the school system," he said. "That alone is taking away people, middle and upper-middle class people, who want to buy property and live and spend money in Fayette County."

Delegate Dave Perry, D-Fayette, a former Collins principal, noted that "schools are the first line of representation to the public."

Speaking to the State Board of Education Thursday, Fayetteville Realtor Janet Proctor said quality education has long been a topic of discussion for potential buyers, and she has had prospective clients cancel because they could not find positive reviews of the schools.

"If we don't have quality schools, we cannot attract residents and businesses," she said.

Moreover, home prices are reduced when there are fewer buyers, Hodges told The Register-Herald Thursday.

Sharon Cruikshank, president of the Fayette County Chamber of Commerce, said companies and businesses won't make the move to Fayette County if business owners don't want to send their children into the school system, and there are potential jobs lost.

She said Fayette has lost businesses to Raleigh and Kanawha counties.

"It affects housing, shopping, grocery stores and gas stations. We have to do something, and we have to start now. Let's figure out a solution and do something that takes care of our kids and our teachers in Fayette County, because our kids and teachers aren't being taken care of," she said.

Hodges pointed out that recently released Department of Labor data shows more than half of West Virginians are unemployed. Because of this, every new business and each job opportunity is crucial, he said.

"We are becoming unigenerational, in part because young adults wanting to have children are moving away. They may not leave West Virginia, but they leave Fayette County," said Hodges.

Sally Kiner, executive director of the Fayetteville Convention and Visitors Bureau, indicated the decline and abandonment of any old building can directly affect tourism when it detracts from the attractiveness of the community.

In Fayetteville, for instance, the old high school and middle school, as well as the original stone high school, have fallen into disrepair.

"The Town of Fayetteville has acquired the old stone building and are in the process of fixing it up for community use. Tourists may not go up the road to that building, but communities that have good functional schools and functional buildings tend to be more vibrant communities. They tend to be communities that citizens are very proud of and want to take care of, and that translates into how attractive it is for travelers," said Kiner.

A study conducted in 2013 shows the New River Gorge National River has a direct economic impact of $51 million.

While education systems may not have a direct impact on Fayette County's national parks or adventure tourism, Hodges points out negative events do affect the public's opinion.

"People outside the state don't see Charleston as any different from Fayette County. When something bad or negative happens, it taints all of West Virginia. It hurts investment, and there is less incentive for people to come here," he said.