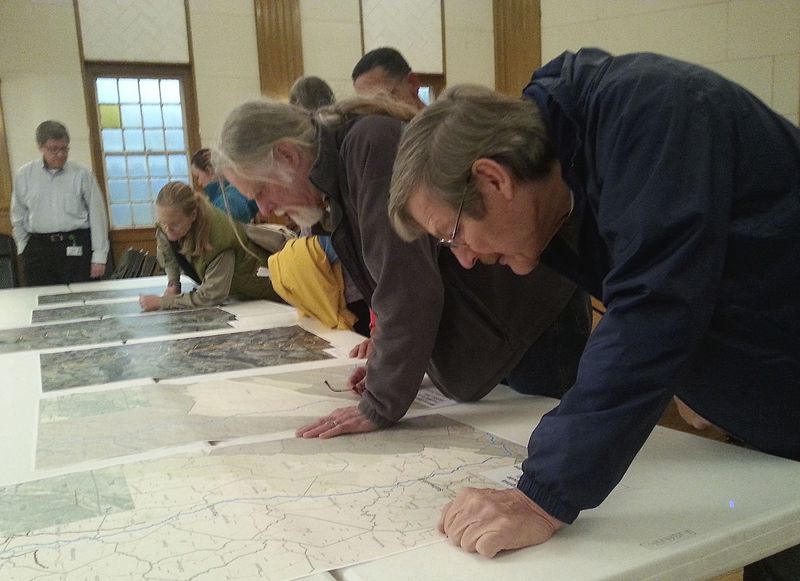 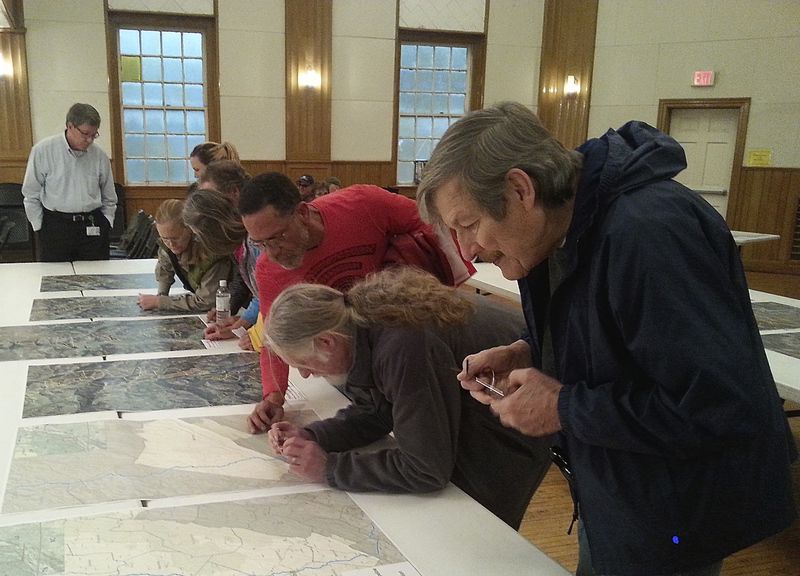 HINTON — Citizens opposing Department of Environmental Protection permits needed before construction of the Mountain Valley Pipeline voiced their concern that data the company provided in their permit applications is misleading, incomplete and incorrect.

The DEP must grant Mountain Valley Pipeline an Oil and Gas Construction Stormwater Permit to regulate runoff associated with construction along 4,214 acres of land, a Natural Streams Preservation permit to allow the pipeline to cross under the Greenbrier River in Summers County near Pence Springs and a Water Quality Certification to allow fill material to be discharged in waterways.

Wood Boulden, of Greenville, Monroe County, said data submitted to the DEP in December 2016 for the Water Quality Certification does not match data the Mountain Valley Pipeline (MVP) submitted to the Federal Energy Regulatory Commission in February 2017.

Information given to the DEP shows the pipeline has 631 stream crossings. That number is 858 in the federal application.

"Who knows which is right, but that needs to be straightened out," he said.

Data about the crossing lengths is also reportedly inconsistent.

The application for DEP permitting shows Lick Creek is crossed 13 times. The federal application shows five crossings for Lick Creek. Between the two applications, Boulden said the length of stream crossings declines from 11,500 to around 3,500 feet, although the pipeline path has changed very little.

It does not show any springs listed within 500 feet of the construction site along Peters Mountain.

He said there are 38 alone within the Hans Creek Valley.

"This is people's drinking water. The DEP should require a greater distance above a public water intake," he said.

Thomas Boulden, of Monroe County, stressed that data in MVP's application to cross the Greenbrier River was not gathered in the area of the river crossing, as it suggests.

He said the data was collected 1,515 feet downstream. Therefore, the river crossing plan indicated the water is only 15 inches deep instead more than 6 feet.

The site data states it is a forested area instead of noting 35 acres of agricultural land, he said.

"The crossing plan is irrelevant," he said. "The application is not science. It is not anything."

He also expressed concern that the application states environmental impact will only occur during construction and fails to note any longterm impacts.

Harold Parsons, of Monroe, said a mining operation of the same magnitude would require site specific drainage and sediment control plans. The same should be required of the pipeline.

"This area we live in. There are not may places like it in the world," said Witt. "We need to take care of it and not let industry dictate what's to become of this paradise."

Of the more than 20 speakers Tuesday, two spoke in favor of the project.

Tom Marion, of Harrison County, and Tim Kosut, of Raleigh County, both said they supported the project because it is expected to bring jobs and tax revenue to the region.

Kosut said he agrees that water quality is a concern, but he believes monitoring has greatly improved.