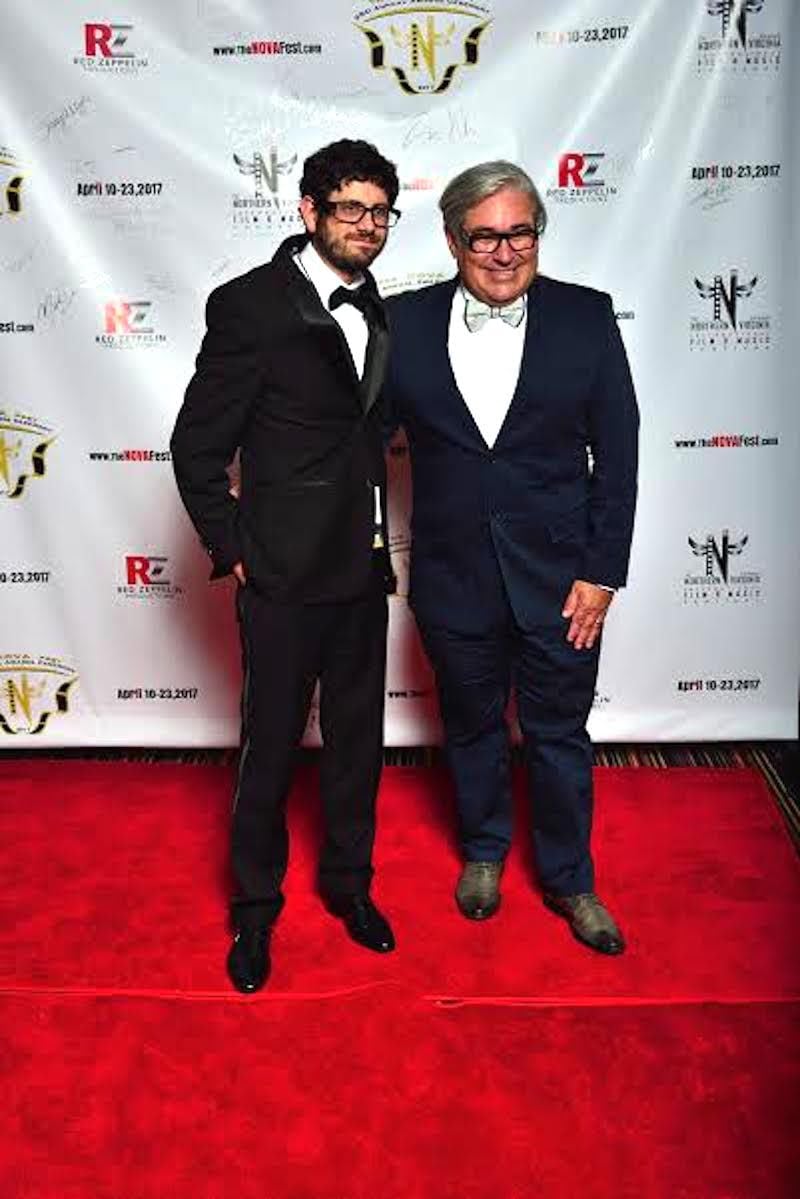 Screenwriter Joey Fama, left photo, and “Carnival Kid” director Michael Perry met at the Northern Virginia Film Festival, where Fama won two awards for his original screenplay “A New Sound.” “The Carnival Kid” stars Matt Wiercinski, top photo, as a daydreaming young man who can’t get his co-worker (Cooper Flanagan) out of his head. The film was choreographed by Nickelodeon Channel’s Lane Napper. 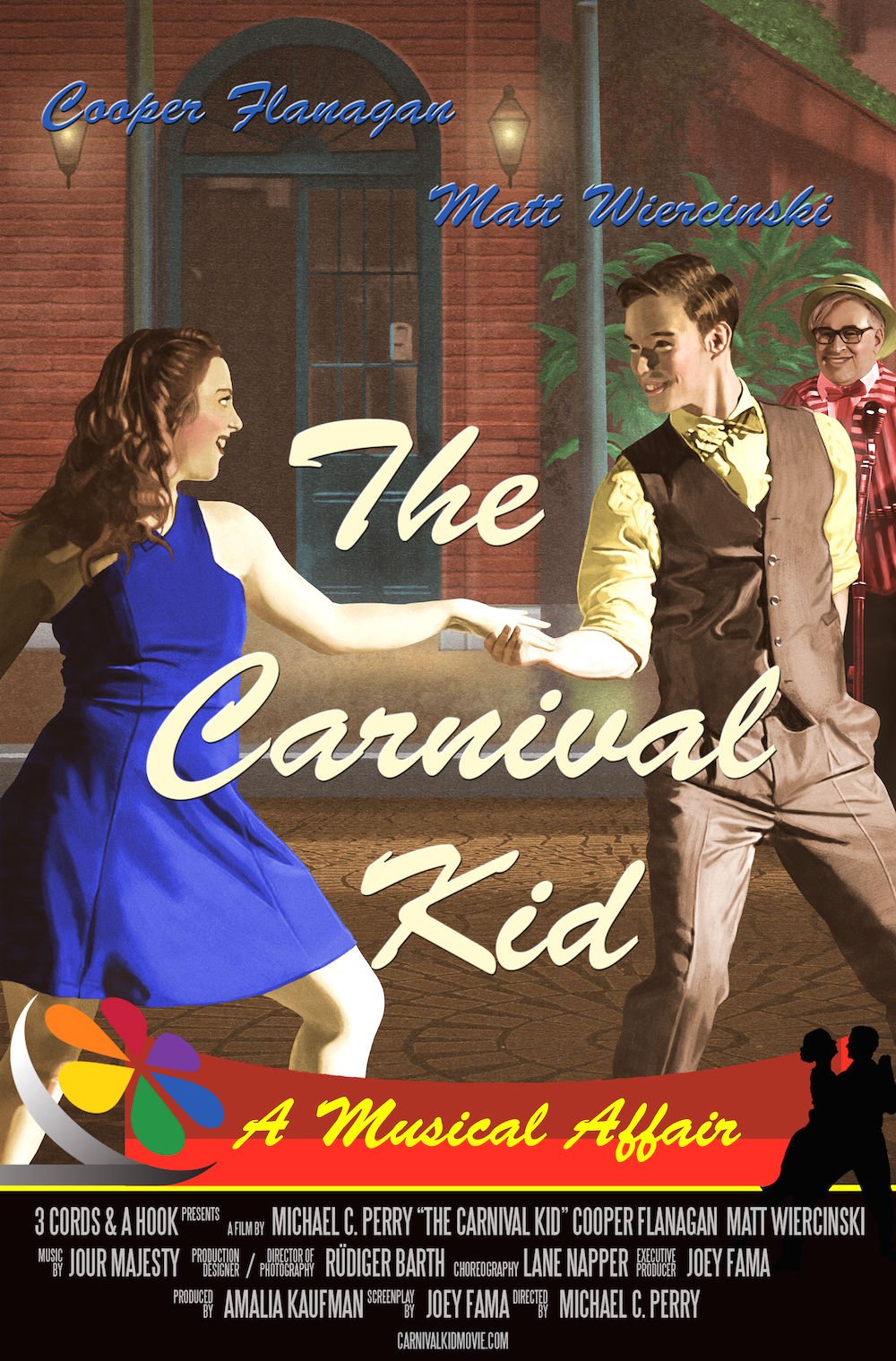 “The Carnival Kid” is currently in post-production, and the filmmakers hope to submit the piece to the film festival circuit later this summer. 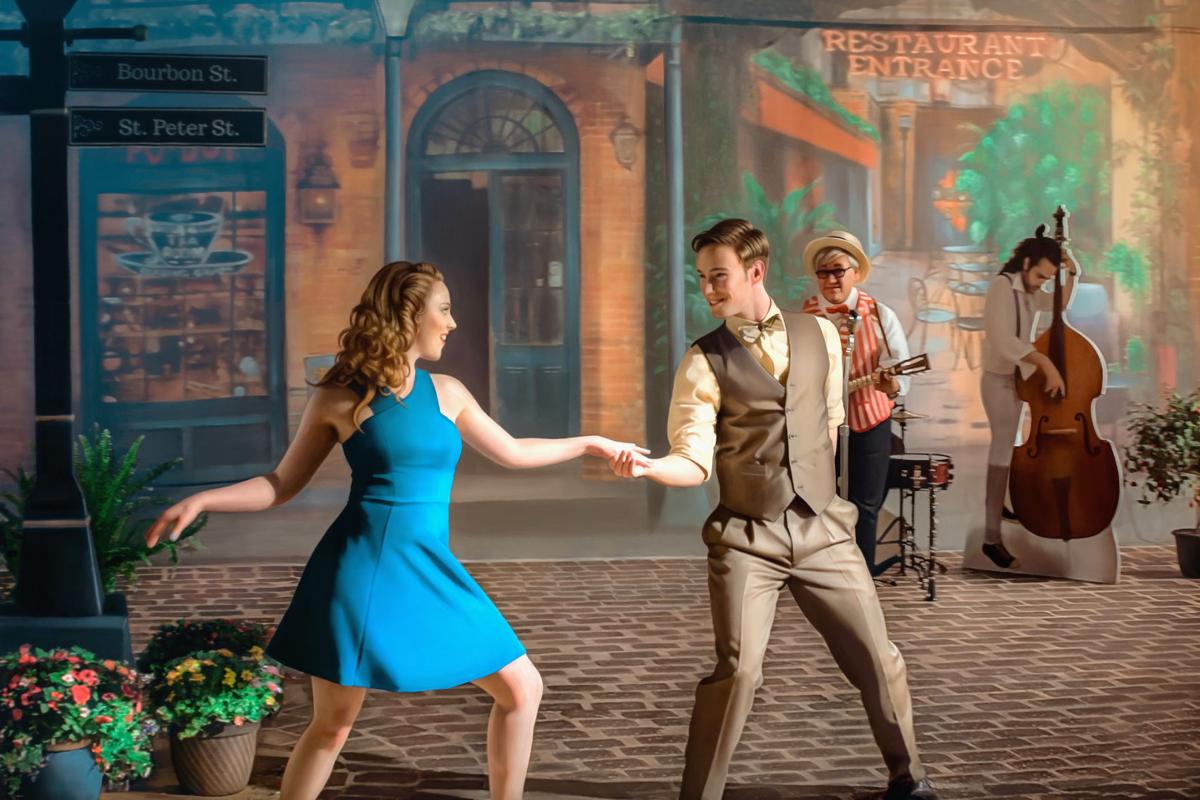 “The Carnival Kid” stars Matt Wiercinski as a daydreaming young man who can’t get his co-worker (Cooper Flanagan) out of his head. The film was choreographed by Nickelodeon Channel’s Lane Napper.

Screenwriter Joey Fama, left photo, and “Carnival Kid” director Michael Perry met at the Northern Virginia Film Festival, where Fama won two awards for his original screenplay “A New Sound.” “The Carnival Kid” stars Matt Wiercinski, top photo, as a daydreaming young man who can’t get his co-worker (Cooper Flanagan) out of his head. The film was choreographed by Nickelodeon Channel’s Lane Napper.

“The Carnival Kid” is currently in post-production, and the filmmakers hope to submit the piece to the film festival circuit later this summer.

“The Carnival Kid” stars Matt Wiercinski as a daydreaming young man who can’t get his co-worker (Cooper Flanagan) out of his head. The film was choreographed by Nickelodeon Channel’s Lane Napper.

By day, Joey Fama designs treatment programs and dispenses medication as a pharmacist at Raleigh General Hospital in Beckley.

But by night, the 34-year-old concocts imaginative sci-fi screenplays that elevate him from medical scientist to mad scientist. Fama is an award-winning writer whose talents are inching him closer to Hollywood.

For now, Fama is content with his double life, and he looks forward to riding the film festival circuit this summer for his new production “The Carnival Kid” — just as long as he makes it back to his shift at Raleigh General.

Fama began writing short stories in high school, but he only became interested in film as a sports writer after college.

He says that he has always had to balance the analytical and creative parts of his brain.

Fama graduated with a Bachelor of Science in biology and a Master’s in health education from Concord University before receiving a Doctor of Pharmacy from West Virginia University two years ago.

He enjoys pharmacology because it is a problem-solving profession, ripe with challenges.

“Chemistry and biology really give you a higher understanding of science,” he says. “They get you thinking.”

That mental exercise inspires Fama to tell stories. He doesn’t just want to solve problems; he wants to create them in worlds of his own design. Fama calls his screenwriting a hobby, but a better characterization is a passion. He joins a rich history of fiction writers who are also scientists.

Fama takes inspiration from more authors than just those of science fiction. He counts Tina Fey among his role models, a scientist in her own right in the way she infuses subtle comedy with absurd storylines. Fama describes his personal writing style as “dramedy” — a cross between drama and comedy.

“I read a lot of philosophy to come up with my ideas,” he explains. “I write down the entertaining things that the other pharmacists do. And then I come up with an interesting story.”

Fama says that he is a proponent of the “one good idea a day” method of writing. “That’s where my last two or three screenplays came from. I create one line, and then I start writing a couple of days later,” Fama describes. He binge-writes, his euphemism for an entire day in which he does not leave his desk. If inspiration comes to him at 7 a.m. after an all-night shift at the pharmacy, Fama will stay up writing because his creativity feeds off of exhaustion.

“A New Sound” is a screenplay that Fama created during one of these sleepless nights. After a 49-hour workweek, Fama began to wonder what would happen to music if humans lost the capability to copy or record it.

“The film is really about making a resource nonrenewable that was once renewable,” Fama comments. “It’s about the reproducibility of art, and really at its core, what art is.”

Another screenplay is “Donating in Vein,” which Fama describes as a romantic comedy about a man who is afraid to give blood. The screenplay won several awards — including Best Overall Short Screenplay — at the 2016 D.C. Independent Film Festival in the nation’s capital. In June, “Donating in Vein” won best short film script at the Pittsburgh Independent Film Festival. Fama’s duties as pharmacist prevented him from attending the awards ceremony.

Fama says that he enters festivals to meet other artists. “The best part isn’t being recognized for my work, although it’s really exciting to receive a trophy and make a speech, but it’s about meeting other creative people who can give me advice and who I can collaborate with,” he explains. Often, the festivals host seminars and networking events. That’s where he met Michael Perry two years ago at the Northern Virginia Film Festival.

Perry is a folk-pop musical artist who operates under his stage name Jour Majesty with a rotating collection of bandmates. Trained in filmmaking at the University of Southern California School of the Cinematic Arts, Perry rose to short-film prominence last year for his animated musical “Empty Box of Wine.”

He was looking to translate a new song onto screen, and he asked Fama to write the film. The result is “Carnival Kid,” which recently wrapped production. The film follows a young man named Travis who is daydreaming about a fantastical world in which his co-worker Adelaide loves him back. “Everybody daydreams sometimes,” Fama says. “This film is about what’s going on in your head when you’re lost in your thoughts.”

“Carnival Kid” represents a major departure from Fama’s usual work. It is a musical inspired by the Golden Age of Hollywood and films like 1952’s “Singin’ in the Rain.” “Carnival Kid” presented challenges for Fama, like setting a script to music and writing around choreography. He says that he is grateful for Perry’s collaborative dynamic. “It’s not often that a director wants the screenwriter to help him edit the storyboards. Usually that relationship ends after the script is produced. It’s every screenwriter’s dream for the director to ask him for notes.”

“Carnival Kid” is currently in post-production. Matt Wiercinski plays the titular character with Cooper Flanagan as his secret flame. Lane Napper choreographed the film. All three find roots in Nickelodeon Channel productions, with the latter choreographing kids’ show “Victorious” while also appearing in nineteen episodes as a guidance counselor.

“Carnival Kid” does not yet have a premiere date, but Fama hopes to reveal his work to the world later this summer. Fama says that films can live on the fest circuit for up to two years, so “Carnival Kid” will remain a large part of his life for the foreseeable future.

Even so, Fama has his sights set on creating more screenplays. He is already brainstorming new ideas for Jour Majesty music and currently scouting for producers who might want to film his other award-winning screenplays. He would like to direct a film someday. Fama continues to write at night, on the weekend, and on his days off. He sends his scripts around to what he calls his “team of editors” — friends from college, work and around town who give him feedback.

Fama hopes to connect with more filmmakers in southern West Virginia because of how vital the art form is to the health of the local community.

“There’s a lot of negative stereotypes in West Virginia,” Fama says. “But what the rest of the nation doesn’t see is the talented and creative people who live here. We have unique voices, and it’s important that the country hears from all kinds of people.”

One of those unique voices belongs to Fama — a young pharmacist from southern Appalachia whose skill has earned nationwide notice in a way that is neither negative nor stereotypical.