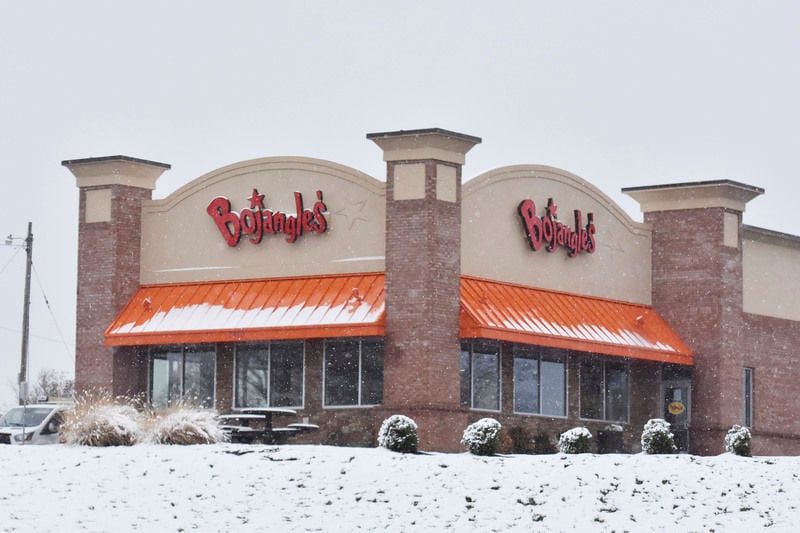 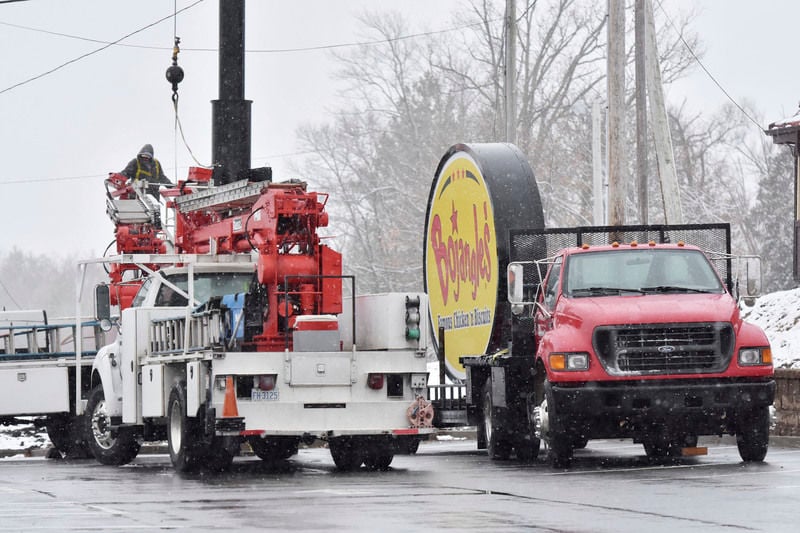 Work crews take down the sign outside the Bojangles fast-food restaurant after its closure on Harper Rd. in Beckley on Monday. (Chris Jackson/The Register-Herald)

Work crews take down the sign outside the Bojangles fast-food restaurant after its closure on Harper Rd. in Beckley on Monday. (Chris Jackson/The Register-Herald)

The Bojangles on Harper Road has closed its doors for good, as work crews removed the famous yellow and red sign on Monday.

Nathaniel Gonzalez, a shift manager at the Bojangles in Princeton, verified the closure to The Register-Herald on Monday evening.

"It was kind of a surprise," Gonzalez said. "I didn't find out about it until yesterday."

The restaurant at 1910 Harper Road opened in May 2017, with the operators advertising 40 jobs.

Although representatives from Bojangles corporate offices did not immediately return several calls for comments on Monday, Gonzalez estimated that there are 10 to 20 employees at the Beckley location.

Both the Princeton and Beckley Bojangles are owned by the Randolph Restaurant Group in Sofia, N.C. The Princeton store opened in April 2015. Both Beckley and Princeton were part of a Bojangles expansion that included Beckley, Charleston and Huntington markets, from 2015 to 2017.

Beckley is the sixth of those Bojangles restaurants to close this year.

Four Bojangles restaurants in Kanawha and Cabell counties closed in August. All were owned and operated by The Rutherford Group, LLC, a Kentucky franchisee, according to a report by The Gazette-Mail.

A second Bojangles in Cabell had closed in July, after a solid opening in April 2016, the Charleston newspaper reported in August.

"As far as Princeton goes, I don't see them closing any time soon," he said.

Bojangles has more than 600 restaurants in the United States, with many clustered in the Carolinas. It is famous for fried chicken, biscuits and sweet iced tea.