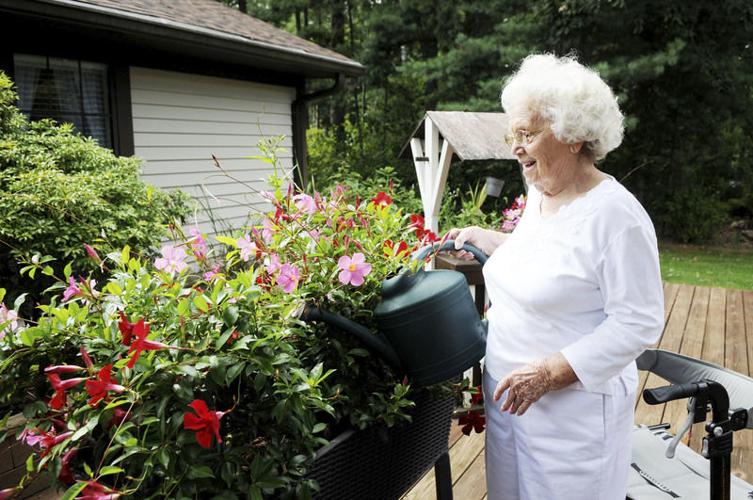 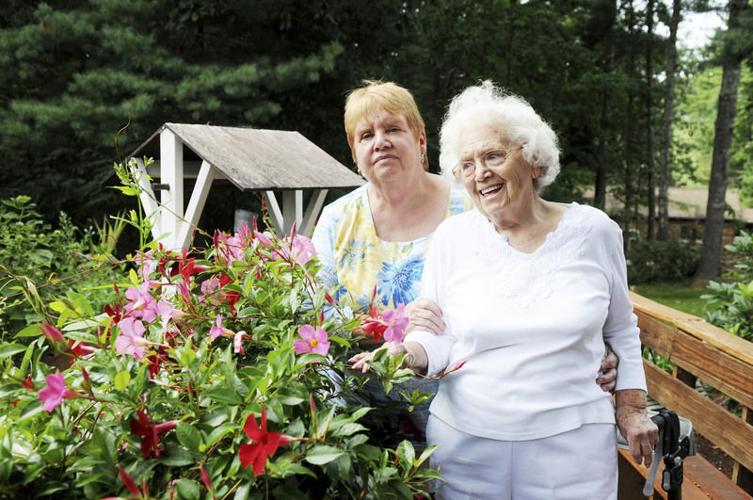 Mary Wriston and her daughter, Kay Lilly, next to her flower garden at The Bayberry. (Chris Jackson/The Register-Herald) 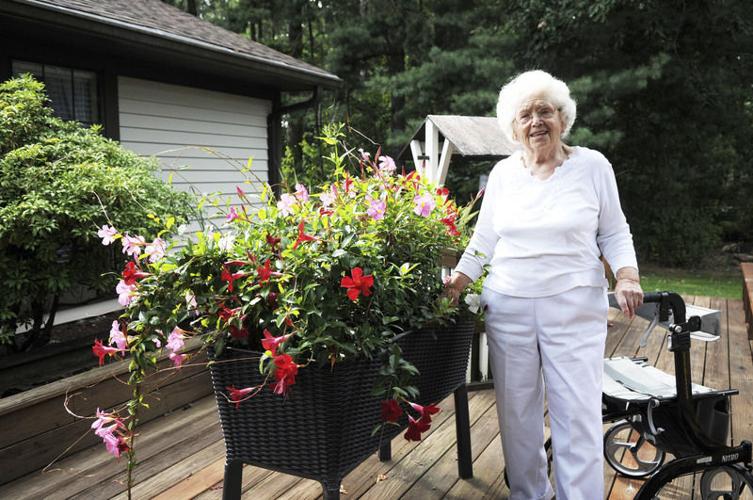 Mary Wriston next to her flower garden at The Bayberry. (Chris Jackson/The Register-Herald)

Mary Wriston and her daughter, Kay Lilly, next to her flower garden at The Bayberry. (Chris Jackson/The Register-Herald)

Mary Wriston next to her flower garden at The Bayberry. (Chris Jackson/The Register-Herald)

Mary Wriston, 91, of Beckley has been staying in the comfort of Bayberry Retirement Inn in Beckley for the past four years, and said she does much of what she loves most to pass the time: maintain her flower garden.

"I have a couple artificial hips and I'm not supposed to bend over," Wriston said with a laugh. "But I still enjoy maintaining the flowers, and the people here at the Inn help me a lot too."

Wriston recalls spending basically all of her life working in her grandmother's garden. "It was something we often did on Sunday, just as something leisurely to do. I so enjoyed time with her."

When Wriston moved into the Bayberry, her daughter did not want her to lose touch with her love to garden.

"She bought me some planters when I moved in here, and let me tell you, they're something else," she said. "Each planter has a type of aquarium underneath it, and they hold water so the plants will get water when they need it."

The planters hold rainwater along with water poured manually from Wriston's watering can.

Wriston said the unique planters help her better maintain the flowers. "They make it much easier to take care of them, because I don't get to spend as much time in the garden like I used to."

Her garden contains two of her favorite types of vegetation, hibiscus and mandevillas.

"I have all kinds of colors of mandevillas in my garden," she said excitedly. "They're beautiful and they're of all different colors. I have a lot of pinks, reds and whites."

She said she simply puts work into them because it gives her something to enjoy.

"It's nice to just look at them, and be proud of something you have done. A lifelong love."

Wriston explained it is hard for her to vigorously work in her garden like she used to. "I used to work in my garden and work with flowers nonstop. Now it is difficult for me to do that.

"I try really hard not to give into temptation and work myself to death, because if I were able to, trust me, I would," she said with a laugh.

Wriston said once people at the Bayberry gave her the thumbs up to plant her flower garden and her planters on the back deck outside the building, the flowers bloomed themselves to death.

"They got huge," she shouted. "And they still are. Everyone here enjoys them so much. Not just the residents, but the workers, too."

Ramona Irvin, director of Bayberry Retirement Inn, said Wriston's flowers are some of the most beautiful and hearty flowers she has ever seen.

"She has so much pride when it comes to maintaining her flower garden," Irvin said. "She works hard to maintain them, and on the days she isn't able to, employees will often work on it as well."

Irvin said the look on Wriston's face when she talks about her garden is so inspiring.

"When she gets going about her flowers, her blue eyes just twinkle with so much excitement," she said.

Although Wriston is not able to work in her flower garden as often as she would like, she said going in and weeding through them is still therapeutic for her.

"It's not always the same as working in it every day, but I still very much enjoy it. And having the small garden for others to enjoy brings me just as much happiness."

Irene Bendy of Fayetteville, WV passed away Sunday May 15, 2022. Arrangements by Rose and Quesenberry, Beckley, WV.

Gov. Jim Justice says he is considering a program to incentivize people to get booster shots against Covid. Do you support the governor in this effort?