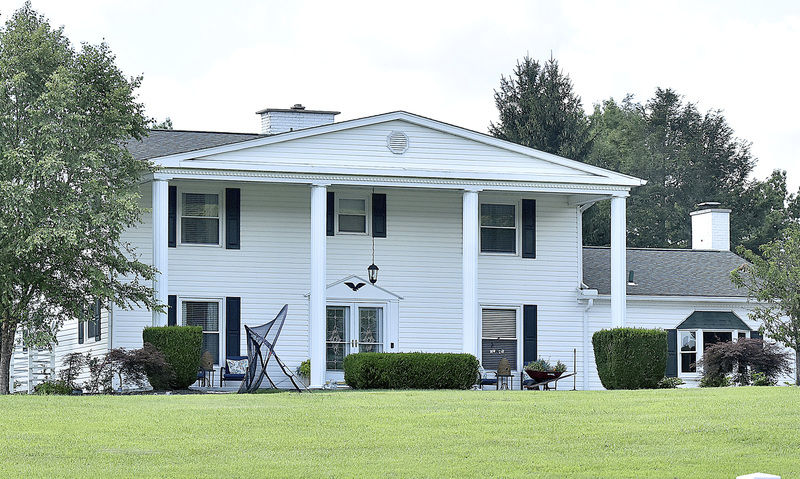 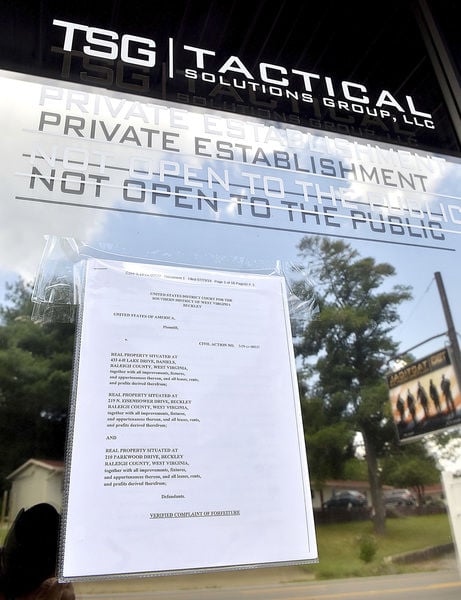 (Brad Davis/The Register-Herald) Documents are taped to the door of Tactical Solutions Group's location at 219 North Eisenhower Drive indicating the property has been seized by federal authorities Saturday afternoon in Beckley. 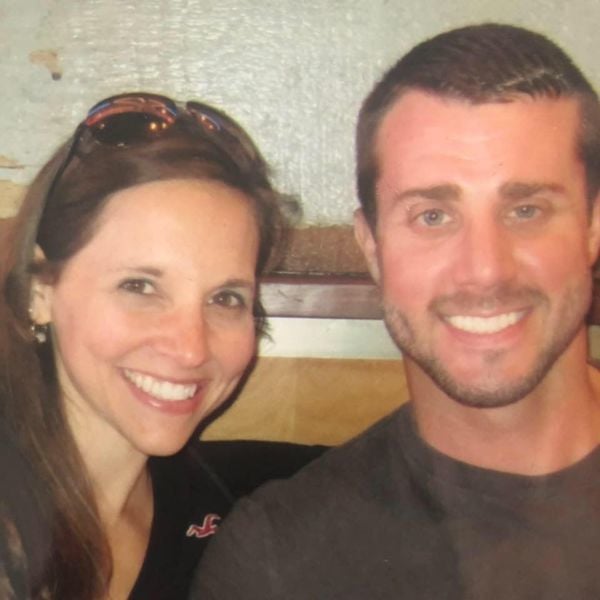 (Brad Davis/The Register-Herald) Documents are taped to the door of Tactical Solutions Group's location at 219 North Eisenhower Drive indicating the property has been seized by federal authorities Saturday afternoon in Beckley.

The next day, Cochran, a pharmacist from Daniels, filed for Chapter 7 bankruptcy, listing assets of $397,000 with liabilities of $1.4 million.

Chapter 7 allows for the sale of a debtor's property and the distribution of the proceeds to creditors, according to uscourts.org.

Cochran's petition for bankruptcy states that her debts are "consumer debts," meaning they were incurred for personal, family or household purposes.

Collections suits have been filed in Greenbrier County and Raleigh County for the Denali and the Mercedes.

Cochran listed $500 in an American Electric Power "other financial account," $13.57 at a First Community Bank checking account, and $8 in a Bank of Mount Hope checking account. She listed $58 in "cash on hand."

A 13-year-old daughter and a 12-year-old son are listed as dependents living at her residence. Cochran's 38-year-old husband died Feb. 11.

She is being represented by attorney Robert Dunlap in the bankruptcy filing.

"Chapter 7 bankruptcy is the simplest and most common form of bankruptcy," Dunlap said. "In Chapter 7, if the debtor has assets not protected by an exemption, a court appointed trustee may sell the assets and distribute the net proceeds to creditors according to priorities established in the Code."

Dunlap said he could not discuss specific clients during the course of their representation.

The civil filing from last Tuesday said Cochran was ordered to forfeit real estate holdings at 433 4-H Lake Road in Daniels, 219 N. Eisenhower Drive and 210 Parkwood Drive, along with any improvements and any rental income the properties generate.

U.S. Attorney Michael Stuart said in the filing that the federal government will prove that forfeiture of Cochran's property was justified, as she and her late husband had purchased the properties or improved them using money they had acquired illegally.

"As a result of her fraud, Natalie Cochran obtained millions of dollars in fraud proceeds in her personal bank account as well as the Tactical Solutions and TMS business accounts," the filing states. "Using these illicit proceeds, Natalie Cochran engaged in numerous transactions in violation of the money laundering laws, including transactions that resulted in the purchase of the two real properties identified for forfeiture."

The problem, Stuart said, is there were never any government contracts. Instead, he alleged, the Cochrans used investors' funds to make partial returns on investment payments.

Stuart said an ongoing investigation has shown the Cochrans scammed at least $2.8 million from private individuals in the alleged scheme, using mail, wire and bank fraud.

A search on the federal court database shows no criminal filings against either of the Cochrans.

Judith Belle Boyd Long, of Talcott, passed away on Friday, May 29, 2020, at her home following an extended illness. Born January 6, 1947, at Hinton, she was the daughter of the late C.W. "Billy" and Vada Lively Boyd of Talcott. Judy graduated from Talcott High School in 1965, and from the C …