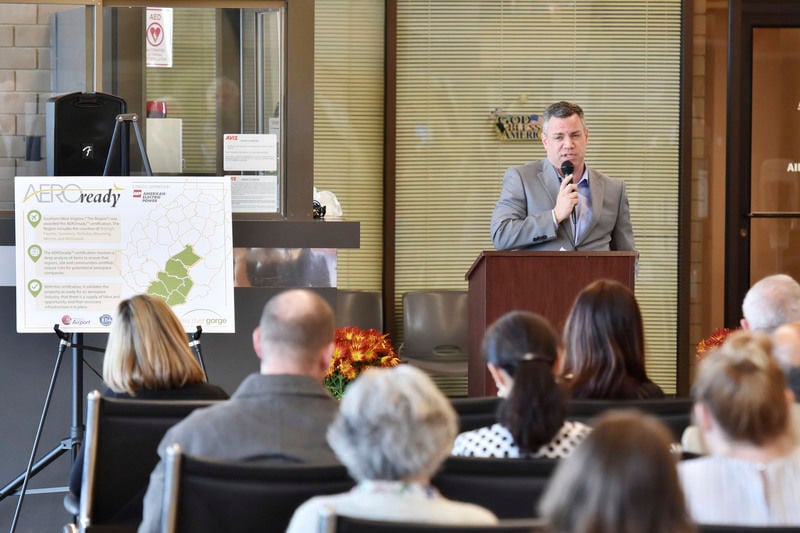 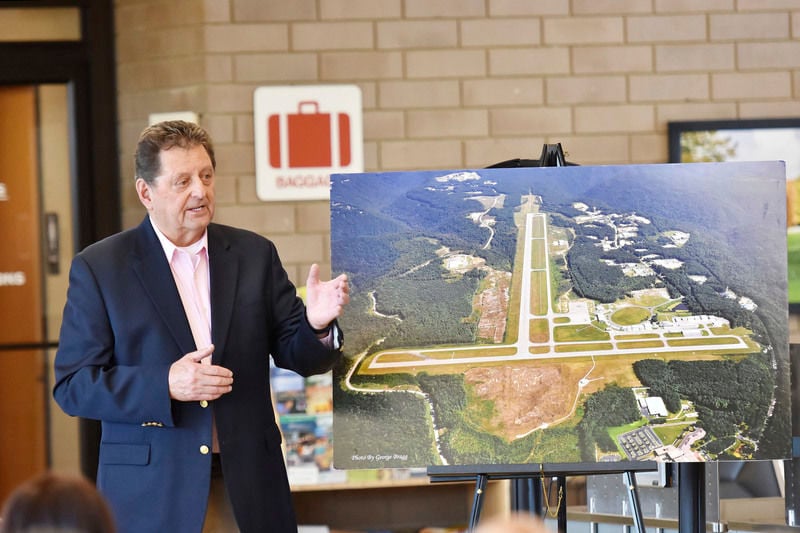 Tom Cochran, manager of the Beckley-Raleigh County Memorial Airport, speaks about the AEROready Certification during an announcement at the airport in Daniels on Monday. (Chris Jackson/The Register-Herald) 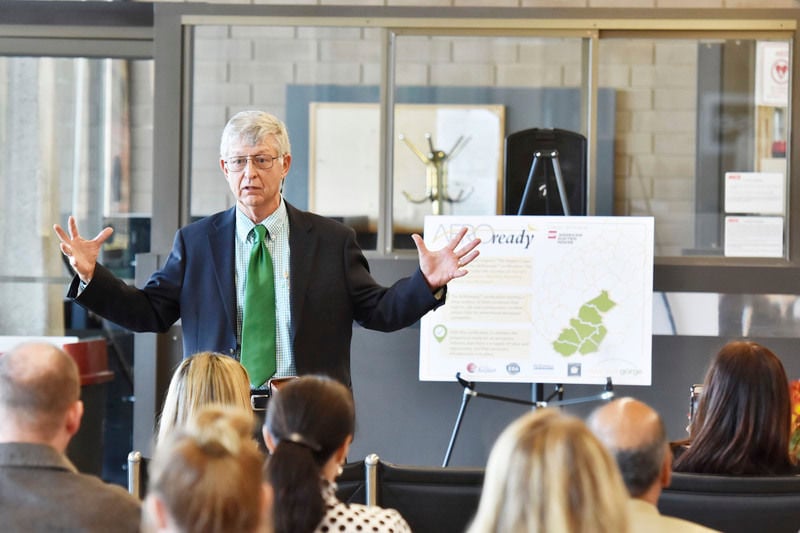 Tom Cochran, manager of the Beckley-Raleigh County Memorial Airport, speaks about the AEROready Certification during an announcement at the airport in Daniels on Monday. (Chris Jackson/The Register-Herald)

Southern West Virginia is at ground zero in the development of an aerospace and aviation economy that could, in part, replace coal, local leaders said Monday during an event that certified the region as AEROready.

The region gained the certification in a process sponsored by the New River Gorge Regional Development Authority, through a partnership with Appalachian Electric Power (AEP) and the Alabama-based consulting firm Tucson and Robert, which uses a list of criteria to certify that a region is ready to accept aviation and aerospace businesses.

“West Virginia is a coal mining state, and you’ve lost coal mining jobs, and those were good jobs,” Tucson Robert of the consulting firm told local leaders and politicians gathered at Raleigh County Memorial Airport for the presentation. “This is a way to diversify your labor force, and this will work.

“You’ve got everything you need,” he said. “The cherry on top of the sundae is you got the airport here that is one of the best aerospace airports in the United States, not because of any special service it has but because it’s got land next to taxiways that could be used to support aerospace businesses.

“Believe it or not, that is rare, and you’ve got it here.”

He added that the aerospace industry is a “way to replace the coal industry jobs."

“It may take two or three years to get an industry in here, but once you’ve got one, it makes the next one easier, and the next one’s easier.”

Key in the marketing process is developing 67 acres on the west side of the 5,000-foot runway at the Beaver airport.

NRGRDA Deputy Director Jina Belcher said her organization has applied for state and federal funds to develop a $7.7 million site that will be ready to accommodate an aerospace business. In addition, Region One officials have applied for a grant to extend broadband infrastructure from the east to the west side of the runway.

Belcher said there is a synergy between coal mining and aerospace industries.

“We know a lot of the workers have the skills needed to migrate and diversify into aerospace industry,” she said.

New River Community and Technical College and West Virginia University Institute of Technology leaders have committed to developing programs to allow students to get a four-year degree after studying aerospace-related courses for two years at each institution.

Cochran has been pushing for development of the airport and an industrial park, including the 67 acres slated for the aerospace compound, for several years. Raleigh Commissioner Ron Hedrick credited Cochran as a leader in the new aerospace industry development in the region.

“This was the vision our ancestors had left us with,” said Cochran, who recently secured around $7 million in federal funds to renovate the runways at the airport. “In 1948, that vision started right here with 3,000 acres.

“In 1978, this runway and this building was added. What we are talking about today is an extension of those visions and the things it means to this community and our grandchildren and their grandchildren in an industry that is certainly not here but is going to be here tomorrow and to move forward.”

Congresswoman Carol Miller released a statement in support of the project.

“This new certification will solidify West Virginia’s role as an aerospace hub and bring tremendous benefits to our state,” she said in the written statement. “It will strengthen our infrastructure, draw more businesses into our community and create new jobs.

“I am excited to see our state grow its presence in the aerospace industry.”

“I’m glad that the New River Gorge region has been certified as AEROready,” Manchin stated. “This certification validates that West Virginia is the perfect place for aerospace business, and will draw innovative companies that diversify and strengthen our economy and create good paying jobs to the region.”

He added the aerospace industry is “critical for economic growth and our state’s tourism industry.”