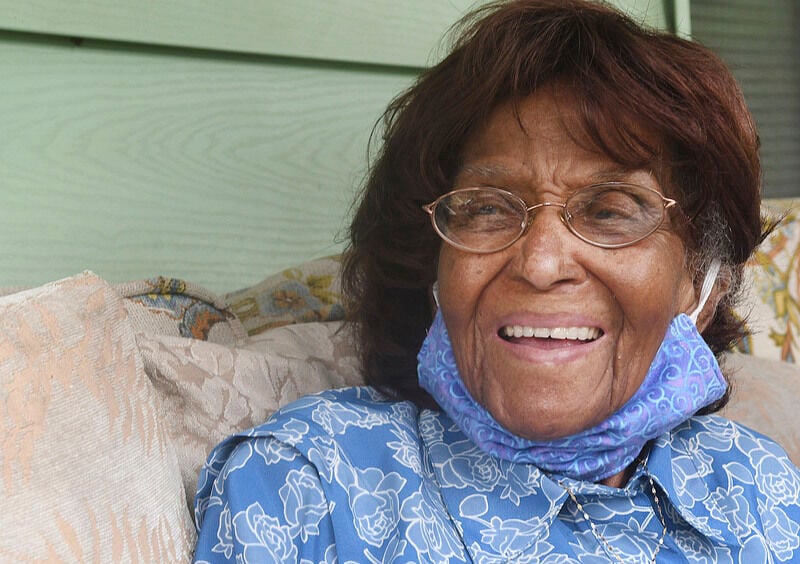 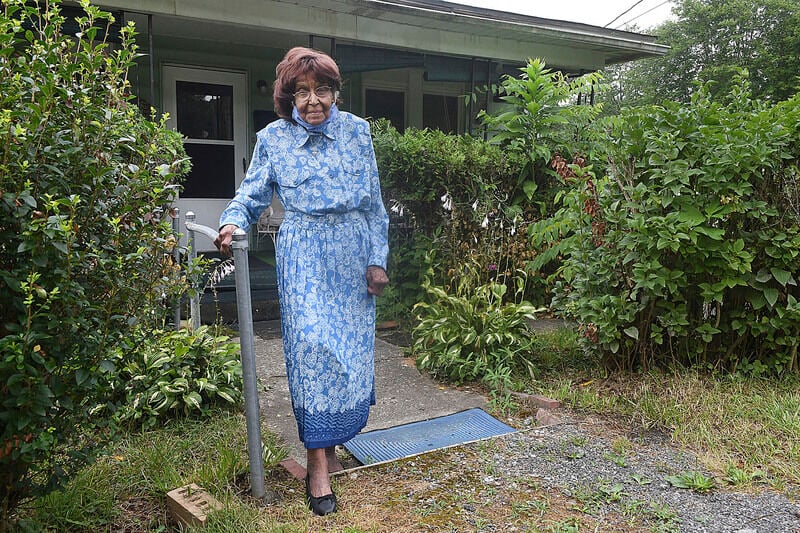 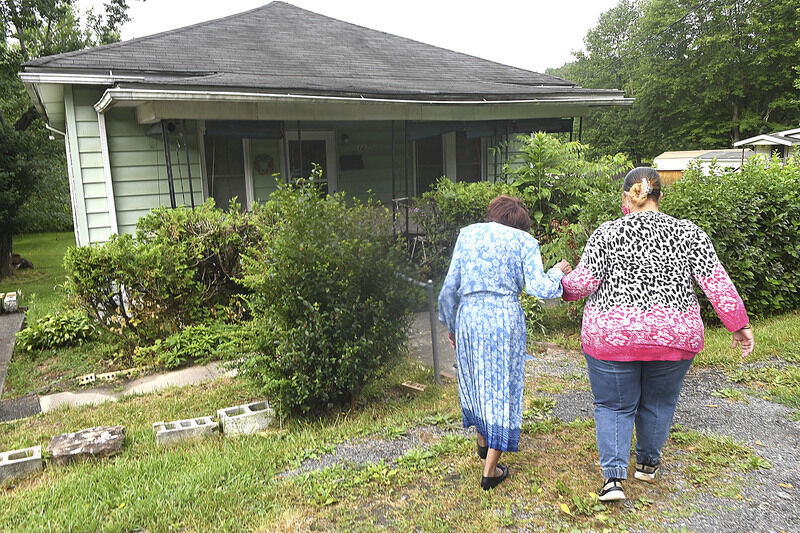 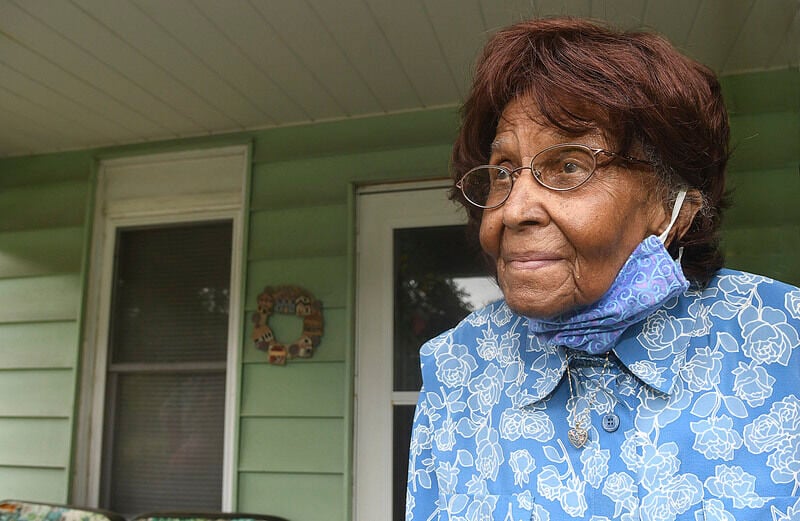 Faustina Tench turned 101 years old, checks out the view from her porch on Oleander Drive in Beckley.(Rick Barbero/The Register-Herald) 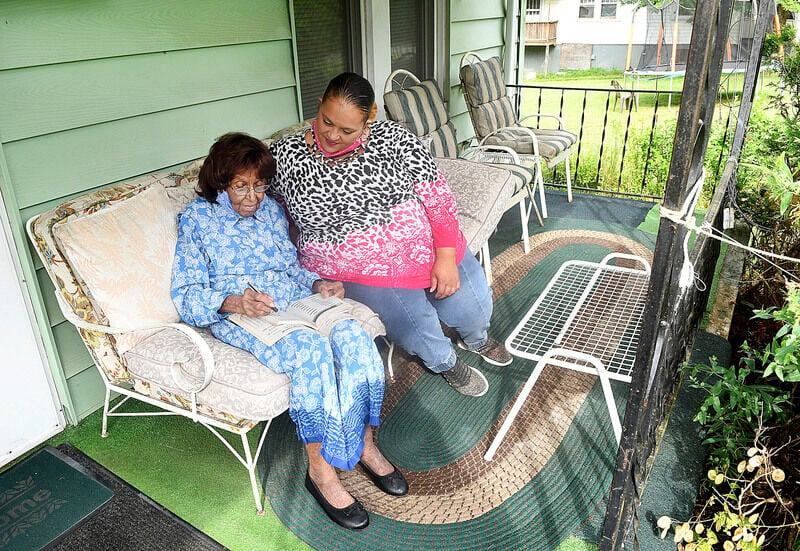 Faustina Tench turned 101 years old, checks out the view from her porch on Oleander Drive in Beckley.(Rick Barbero/The Register-Herald)

Faustina Tench of Beckley has memories of the Roaring 20s, The Great Depression, segregation, both world wars, polio and de-segregation, and she's had a century's worth of technology.

But Tench, who turned 101 on Wednesday, suggested that her truest memories and best moments in life are about God and people — not the events that were the backdrop as she grew up, married, had children, buried them — and learned to bowl.

She would rather talk about church and bowling and her love of word puzzles and writing, rather than national events.

"God gives everybody a life to live," Tench said. "Even twins isn't alike.

"All God expects is for you to be trying," she advised. "God's got a purpose of everybody in life.

"Just keep praying and talking to God, in the way God wants you to do.

"Always think positive," she added. "Don't let nobody stamp you down."

She was born in Edington, Va., in 1919 but grew up in northern West Virginia, she said.

Tench attended the all-black Dunbar High School in Fairmont, which was for black students in grades one through 12. She left the school years before de-segregation was on the horizon and got married at age 17.

"Too young," she said on Thursday. "I was a mother of four children.

"Now, all of my children are dead, except one."

Her son, Douglas Tench Sr., is still living, she added.

"Sometimes, I think about my children," she said. "But I don't be depressed. I don't be upset like some people be, because I'm busy all the time.

"I like to work word puzzles — that's my hobby — and read my Bible, and I love to write.

"I'm so blessed that God allows me still to write."

She is a member of First Baptist Church of North Beckley.

"I don't miss no church," Tench reported, adding, "I don't go to church, now, because we have it on the telephone."

She said that Covid-19 has kept her from attending her church services and going bowling — which she did regularly, before the pandemic. She is tempted to go to the bowling alley and bowl, despite the pandemic, but she has not done it, yet.

"You ever want to do something, and then, you got doubts about it?

Covid-19 is a unique event in her lifetime.

"I never experienced nothing like that," Tench reported. "I know when they used to have polio and this other stuff, people would quarantine in their houses, but to think the whole world's in this kind of drama, I just don't know what to say.

"So I said, maybe the whole world need to pray. Maybe everybody need to talk to God."

She gave the technological advances over the past 100 years a mixed review, saying that there are "advantages and disadvantages." She believes that children are spending too much time on cell phones and not enough time with two parents.

From her 101 years of experience,Tench advised people to work hard, to stay positive and to stay busy.

"Work never hurts anybody," she said. "And always serve the Lord, not from your mouth, but from your heart.

"Because God wants to hear our love from our heart, not from our mouth, and we've got to learn to love one another, because we are all people."

Harry Dee Williams, 69, entered Heaven's Gates August 11, 2020 at Bowers Hospice House. What a day that will be when my Jesus I will see, when he takes me by the hand and leads me through the promise land, what a glorious day that will be. Services will be 2 pm Friday, August 14, 2020 in the…