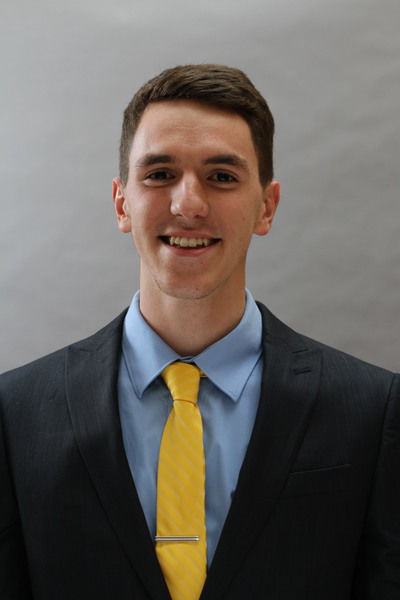 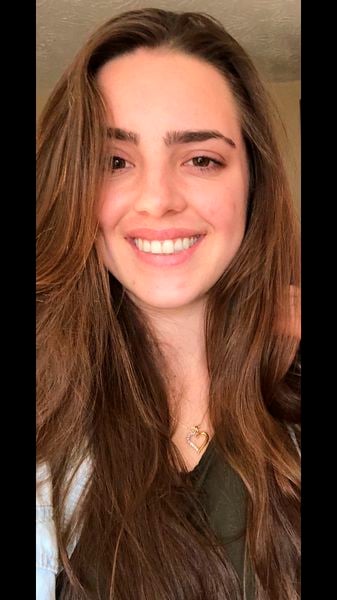 May is typically a time for commencement ceremonies – from kindergarten to high school, from the local college or the state university. They are an important marker of achievement, a long-cherished rite of passage.

May is a time to celebrate academic achievement with a walk across a stage, a diploma in hand, with friends and family in attendance.

This year, due to COVID-19, those ceremonies were canceled, postponed or altered to drive-through status.

Many colleges, including Concord University and WVU Tech in Beckley, offered either a virtual ceremony for students or the choice to walk in an in-person ceremony in December or in May 2021.

Although WVU Tech in Beckley offered the two options, officials still wanted to show respect to their 200 graduates. They did so Saturday as a special video was streamed on the university's social media platforms, with special messages from WVU's staff, including WVU Tech's Campus President Carolyn Long and WVU's President Gordon Gee.

In the video, Long greeted the graduating class and then expressed how much she missed seeing students all around the Beckley campus.

She called their determination "that good ol' Golden Bear resiliency," which she said has been plugged into students, faculty and staff as they move forward.

"I want to thank you for choosing WVU Tech to graduate from, whether it be one or four years," Long said. "We appreciate each and every one of you, and we're happy to call you Golden Bears and, very soon, to call you alumni."

Luke Keaton, a WVU Tech 2020 graduate, received his Bachelor of Arts in history and government with a minor in political science. Being president of the Student Government Association at WVU Tech has given Keaton the opportunity to be a leader for the university. During the coronavirus pandemic, it was needed.

The pandemic has had a major impact on his last year of college, Keaton said. In early March, he was not thinking it was going to turn into something as serious as it has.

"On Tuesday, March 10, the Student Government Association [SGA] had its last meeting before spring break," Keaton said. "We talked about COVID-19 and how to stay safe as most of us planned to travel. We always give students an opportunity to raise concerns during our meetings, and at this meeting, we heard some concerns about the potential for classes to move online.

"One student raised concerns about internet connectivity issues," Keaton said. "Another asked about the availability of testing at the local level. These were valid concerns and we addressed them, but in my mind, I believed that remote classes were not going to start this quickly.

That same day, later on in the evening, students received an email notifying them of the transition to online learning beginning March 30.

"It seemed to take everyone by surprise, but looking back, WVU made the right decision," Keaton said. "Everything happened so quickly that it felt overwhelming at times and took some time to process."

Keaton lives in Grandview and was able to take classes from home online.

Other students were allowed to remain on campus because their home states or countries were hotspots for the virus. WVU Tech officials took care of their needs and worked to provide them with some sort of commencement option.

WVU Tech students can attend either ceremony in December or May 2021, or they can attend both, which is what Keaton plans to do.

"I applaud the university for doing all they can possibly do to make this a special moment for graduating seniors," Keaton said. "Still, it’s difficult to replace an in-person commencement ceremony.

"I had been counting down to May 9 for weeks, even months, just like many of the other graduating seniors," he said. "After attending last year’s ceremony to watch some of my friends walk across the stage, I got excited thinking about how that would be me in a year. As SGA president, I was supposed to give a speech in front of my class. Obviously, it is disappointing to think about what could have been.

"At the same time, I realize that WVU Tech is not alone in this," he said. "Graduations have been postponed nearly everywhere. Even though we are not having an in-person ceremony, the Class of 2020 should be very proud of our accomplishments and what we have achieved."

Emily Keeney, another current WVU Tech graduate, received a Bachelor of Science in mechanical engineering. Like Keaton, Keeney said she had no idea COVID-19 would turn into something so extreme.

"When the talk of it first started, I just thought, 'Oh yeah, it's just going to be like the swine flu or something like that.'

"I can remember in middle school when the flu was bad and we had to line up in the auditorium and get vaccinated, so I guess I thought that it would happen something of that nature," she said. "When I found out that we were going to have to leave campus, I just felt a deep sense of dread, that it was going to be an extreme struggle in my classes."

Being an engineering major, Keeney's classes were already challenging, but trying to teach herself certain mechanical engineering material added another degree of difficulty.

After the confirmation that the campus would be closed, she was disappointed that she would not get to tell a lot of her friends, some from different countries, goodbye, or finish up her senior project with her class team.

Keeney is set to begin a full-time job in July at WestRock — a paper mill in Covington, Va., and while many companies have conducted layoffs in recent months due to the virus, she is still set to begin her career.

"Personally I was unaffected by this because my job was offered to me long before the COVID-19 outbreak," she said. "I prayed about whether this was the job I was meant to accept, and I was blessed to be led to accept my offer a week before the outbreak really began affecting jobs. I am afraid that if I would have waited any longer, there is a possibility something may have happened."

Keaton, however, won't be taking on the job he originally had planned for this summer.

"The company I was scheduled to work for this summer made the difficult decision to place a hiring freeze on summer help," he said. "While I won’t be seeking a job this fall because of graduate school, I can see where it certainly affects those who will be looking for work."

Keaton will move to Lynchburg, Va., to attend Liberty University School of Law. Keaton said he's excited for the opportunity.

"If all goes as planned, I will be there for three years," he said. "There are several adjustments I am making in light of COVID-19. I haven’t been able to visit Lynchburg as much as I’d like to and connect with other students at the law school. I’ve been attending virtual information sessions to get ready for the fall. I’ve even had to cancel a vacation planned for the week after graduation."

Both Keeney and Keaton agree it's been an adjustment and disappointing finishing out their undergraduate degrees amid COVID-19, but feel WVU Tech handled the situation well and has prepared them well.

Tamarack closing because of Covid case