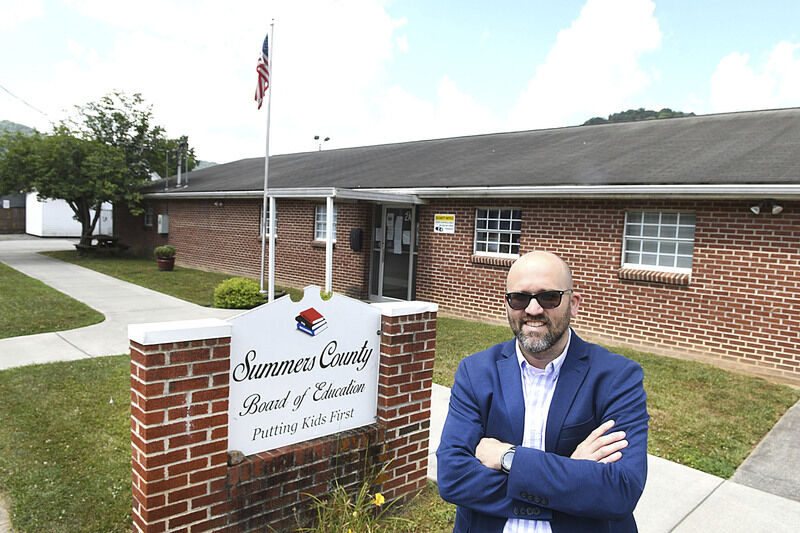 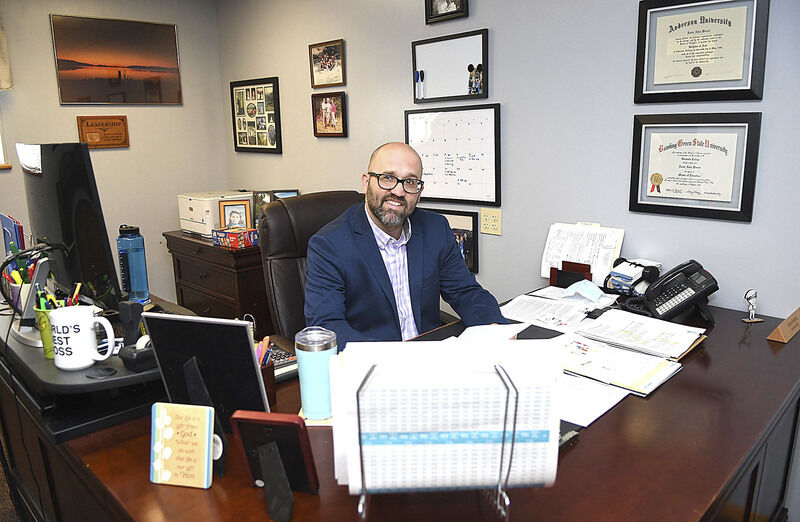 After being elected unanimously by the five-member Summers County Board of Education on May 22, Ohio native David A Warvel, 45, began his two-year contract as Summers County superintendent on July 1, giving the upcoming school term the title of “Accept the Challenges.”

Warvel and the district face a few of those.

The decision to hire a new superintendent came on April 1 after board members voted unanimously to replace Kimberly Rhodes.

Rhodes was under possible investigation by the West Virginia Department of Education for overuse of funds, subsequent purchase orders dated after the invoice date, purchase orders out of numbering sequencing and grading changes without the consent of the teacher that took place after the 2018-19 school year.

At the time of the decision, Rhodes – who insisted there was no embezzlement involved and that the allegations were the result of common happenings, not a corrupt agenda – was nearing the renewal of her four-year contract as superintendent.

Warvel has 22 years’ experience in education serving as principal on the elementary, middle and high school levels and also previously serving as a superintendent in Ohio before moving to West Virginia six years ago where he worked as the executive director of Summersville-based Regional Educational Service Agencies (RESA4).

During his time at RESA4, Warvel worked to initiate and implement numerous programs of benefits – generally in education, health and safety, financial benefits and technology – to students, county schools and their communities.

When all eight RESAs were defunded by House Bill 2711, which was signed by Gov. Jim Justice in April 2017, Warvel sought employment with the Fayette County Council, where he started out as the transportation director and eventually moved into the position of secondary director for the Fayette County school system.

Warvel shared his excitement to step back into the role of superintendent but acknowledges the great trials he will face in the upcoming months.

“We are living one of the greatest stories that will ever be told,” he said, referencing the Covid-19 pandemic.

“Even with how much that is going on in our society right now, one thing is remaining constant, and that is education.

“Right now, I am trying to educate my own staff on how to keep Covid out," Warvel said. "We are purchasing supplies, so we can have a safety net. I would rather spend time and resources on prevention than a cure.”

Warvel said he took inspiration from former professional basketball player and head coach of the Chicago Bulls and Los Angeles Lakers Phil Jackson, who gave each season a title to define its goals.

“I gave this season the title of 'Accepting the Challenges.' We have to navigate through these turbulent times and provide our kids with the best education they deserve.

"My personality is to just take a deep breath and not get too caught up on all the negatives," he said. "These are turbulent times, but I am surrounded by a lot of good people. At RESA, my work with six counties was a good way to get into the schools and see the people that make a difference there. I have built working relations with my staff here and feel comfortable asking questions. I am gaining new points of view and learning something new every day.”

The superintendent said he has applied Maslow’s hierarchy of needs – which states that a person’s most basic needs (safety, food, rest) must be met before he can become motivated to achieve the higher level of needs and achieve his full potential – to his approach for the 2020-21 school year.

To accomplish this, he ensured the county would continue to provide students with daily meals, as well as genuinely care about the well-being of the students by catering to their social and emotional needs.

“Last week, I met with my principals, directors, nurses, service personnel and all professional faculty to see what we can do to get back to as much normalcy and a traditional school setting as possible," Warvel said. "Nothing is set in stone yet, but we have a lot of proposals. I don’t see black and white. I just see what’s best.”

In his interview presentation to the board, Warvel highlighted several areas that he felt needed more attention in Summers County schools, including:

• Strengthening the climate and culture of school facilities, focusing highly on staff-to-parents communication and transparency to build a more collegial atmosphere

• The prioritization of language, arts, math, problem-solving and critical thinking

• The renovation and revitalization of outdated school facilities

These will be Warvel’s main points of interest during his contract, which will be up for renewal in 2022.

A taste of the State Fair

Walt Disney will be portrayed at Beach Fork