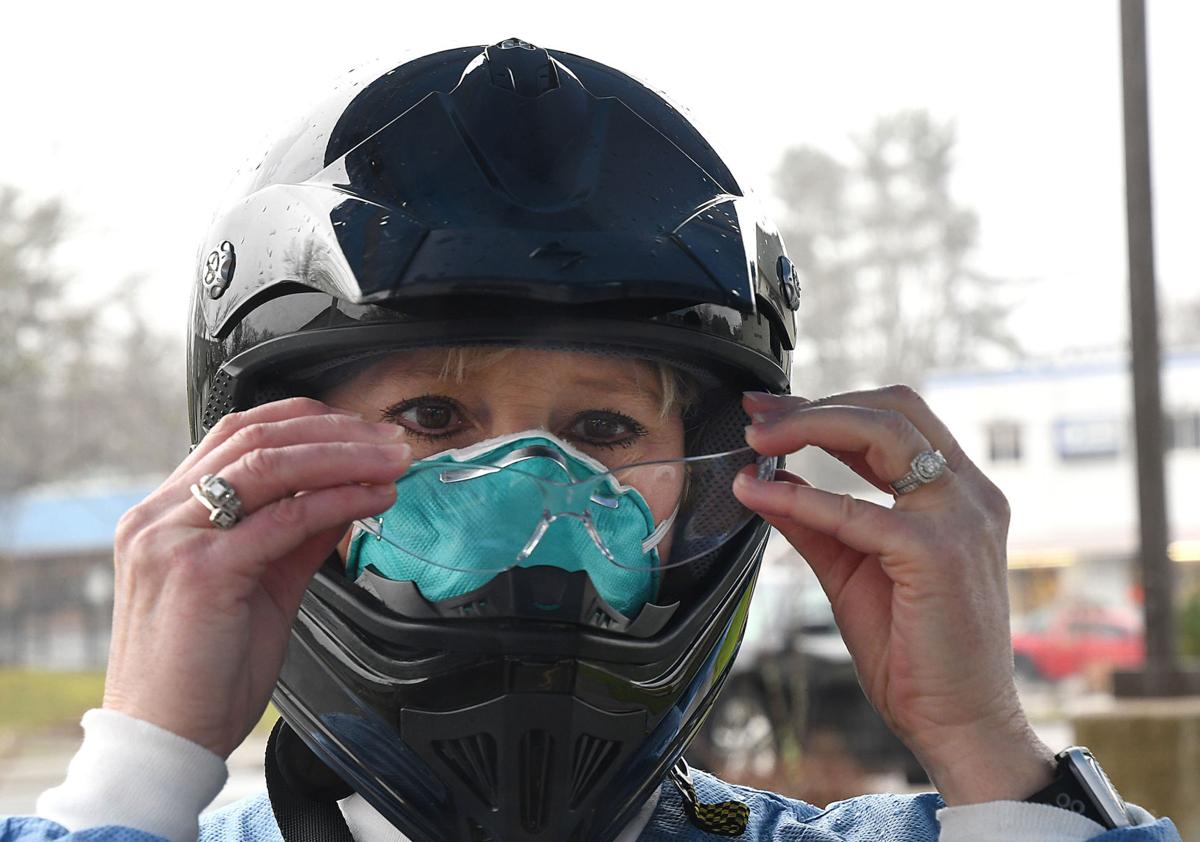 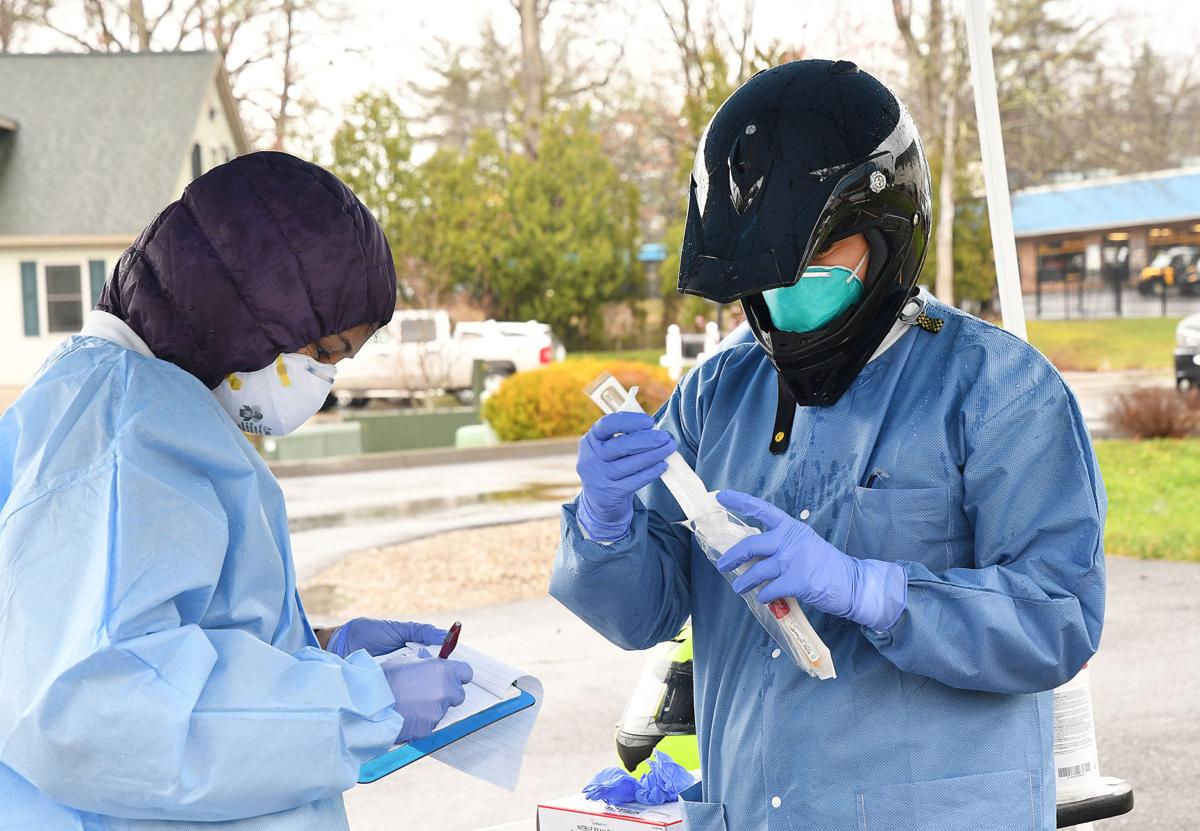 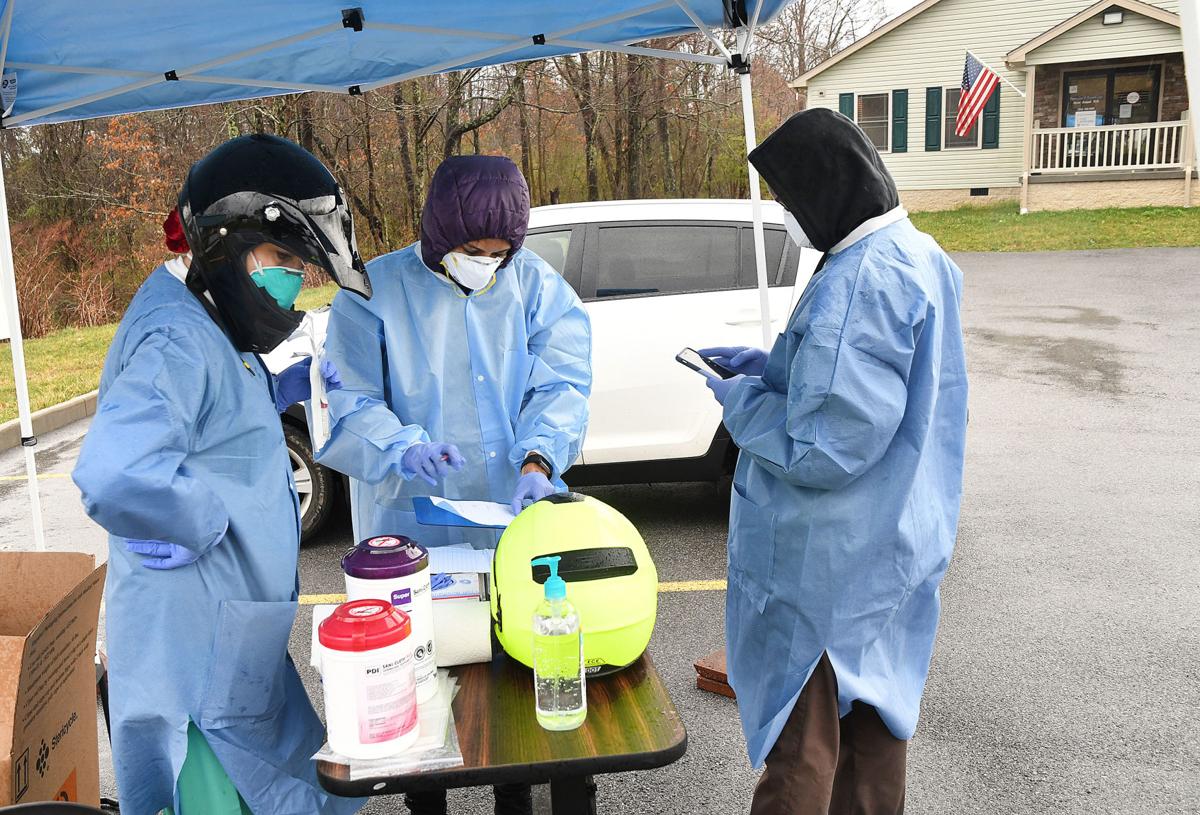 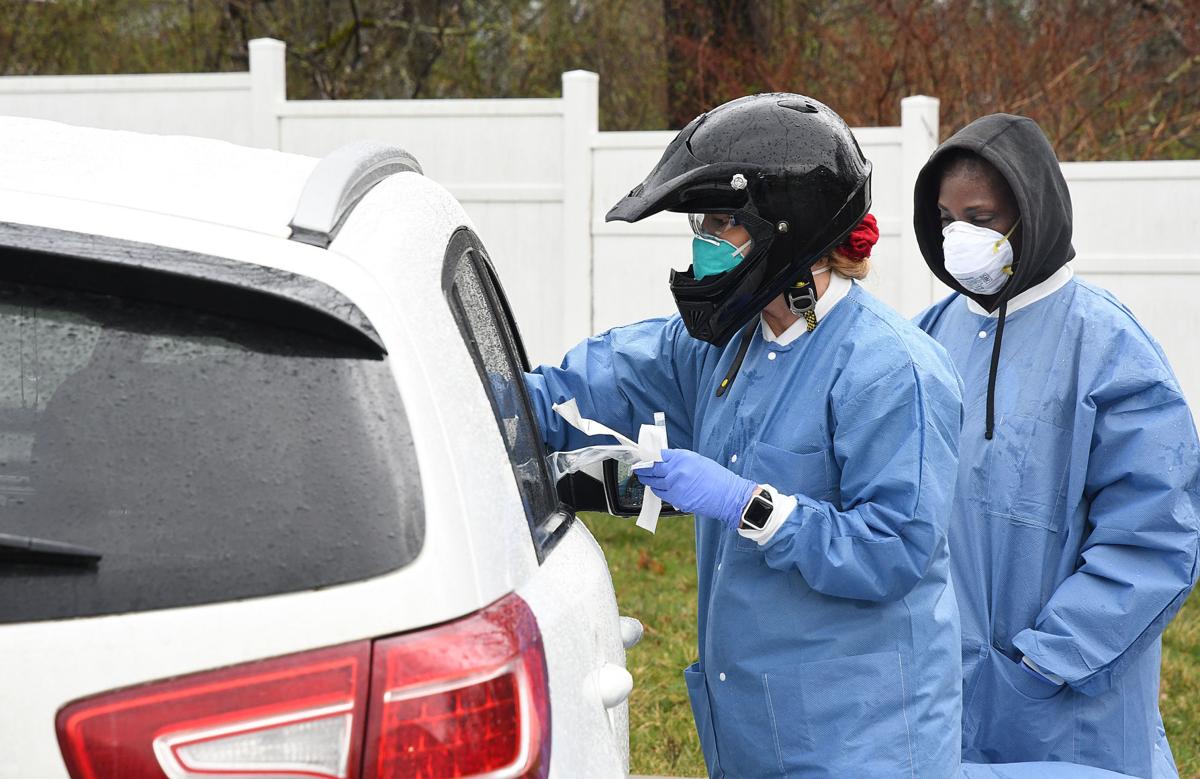 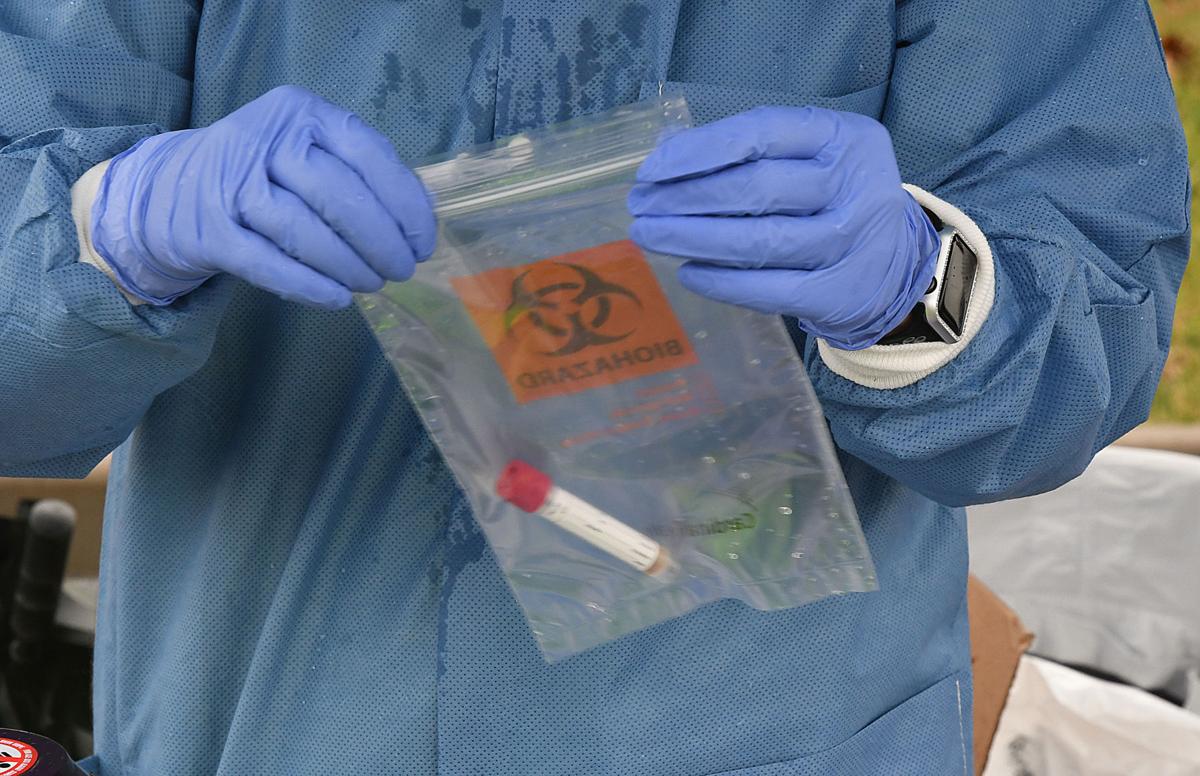 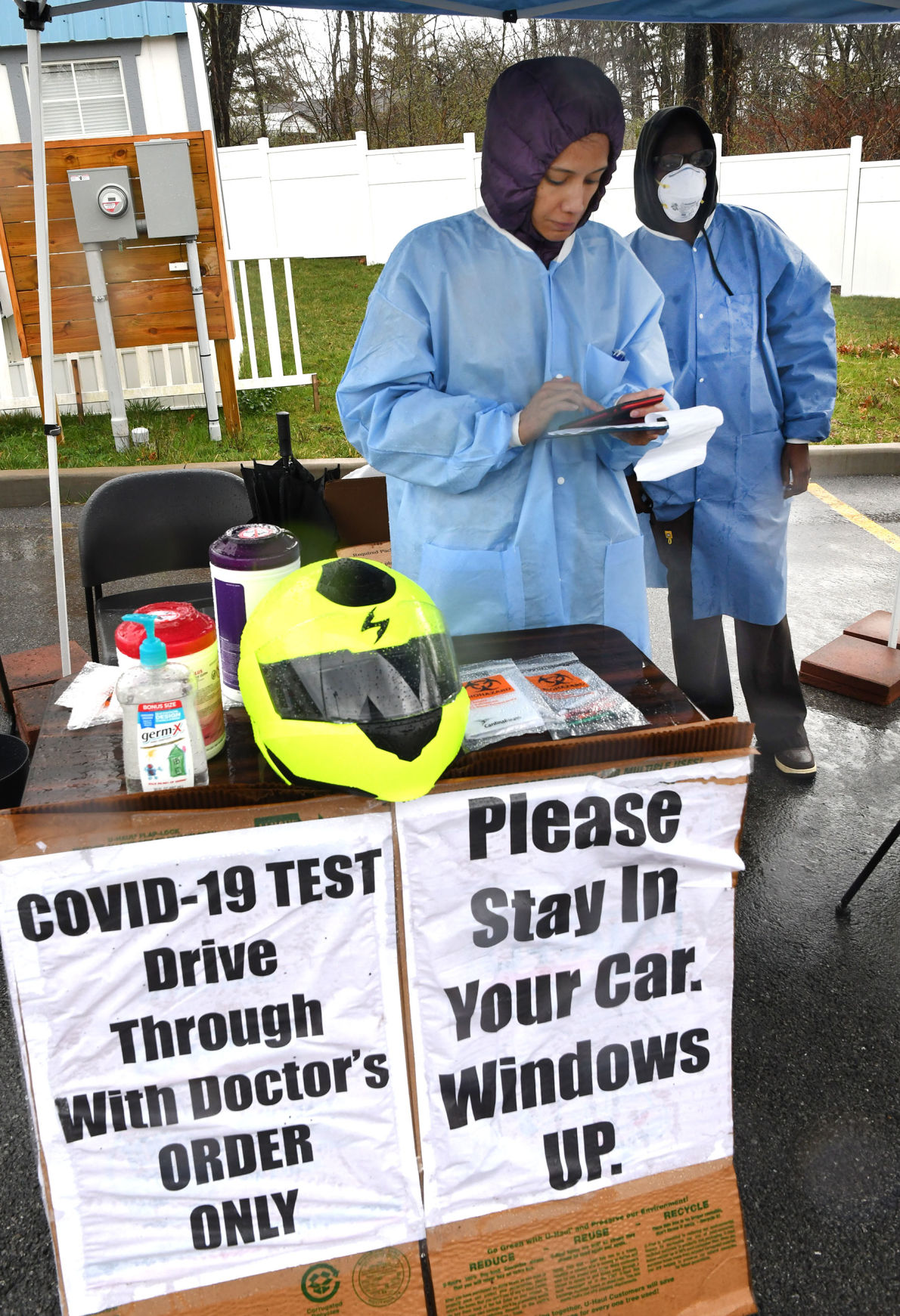 Dr. Ayne Amjad, left, looking over her notes for COVID-19 tests she took in the parking lot of her office located at 330 North Eisenhower Drive in Beckley Friday morning. (Rick Barbero/The Register-Herald) 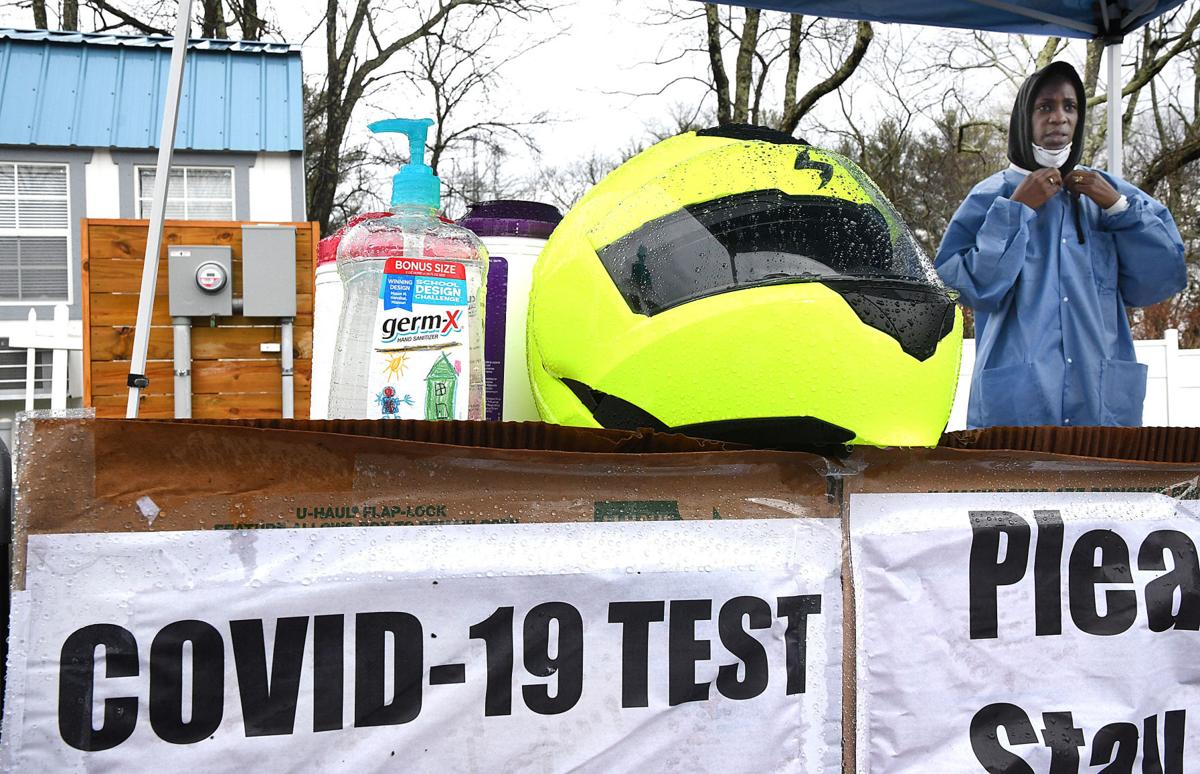 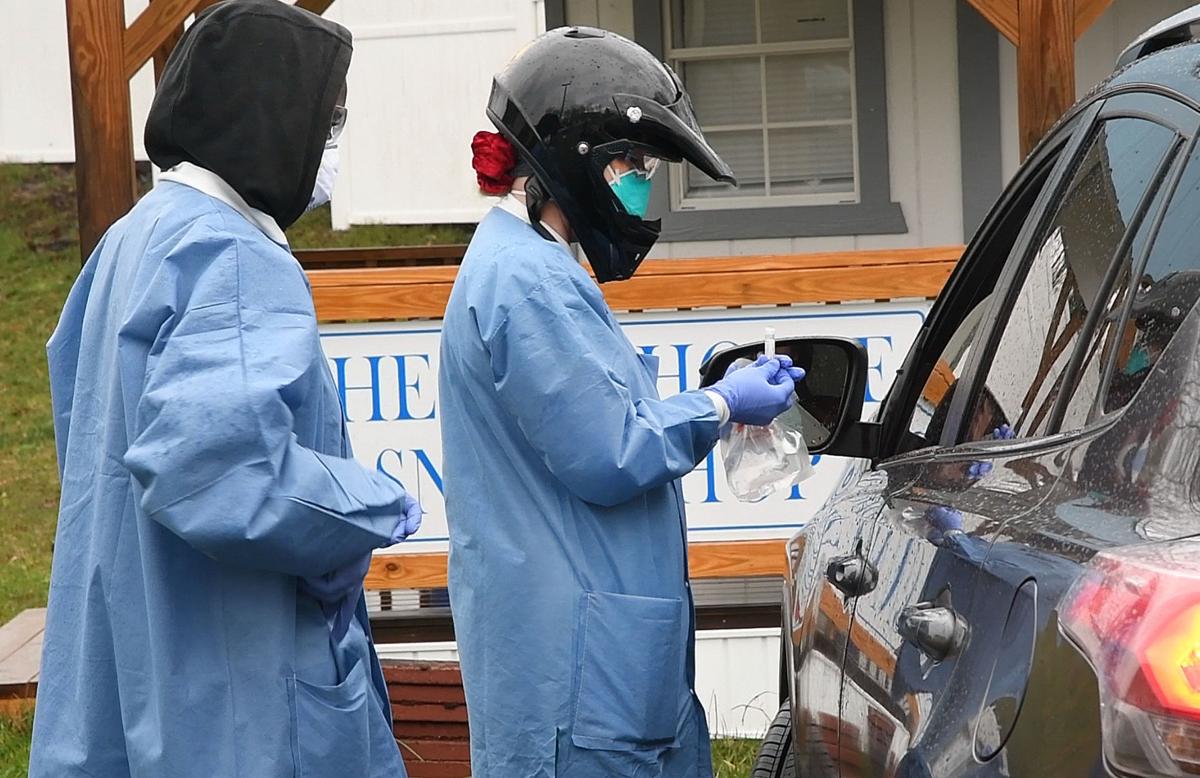 Dr. Ayne Amjad, left, looking over her notes for COVID-19 tests she took in the parking lot of her office located at 330 North Eisenhower Drive in Beckley Friday morning. (Rick Barbero/The Register-Herald)

Amjad told The Register-Herald both tests were given per doctor's orders, passed a screening for the test, and were both at high risk for COVID-19.

"We have gotten several calls in the office about wanting the test, but they were given over-the-phone questionnaires provided by the Centers for Disease Control and Prevention (CDC)," Amjad said. "Those who don't seem of high risk, we've asked them to call back when we get more testing kits."

Amjad said her office had eight tests available as of Friday, but Charleston Area Medical Center (CAMC) has shipped her office 20 more testing kits which should be arriving soon.

"So, since we are getting more tests, we will be out here every day conducting tests, but again, if you have to meet the specified criteria," she said. "They have to be ruled out for other illnesses before they can be tested for COVID-19."

The Fayette County Health Department conducted drive-through testing in Oak Hill Thursday and said since they were sending their testing specimens to a state lab in Charleston through the West Virginia Department of Health and Human Resources (WVDHHR), they'd be able to get results within 24 to 48 hours. However, Amjad said most tests, including the ones she conducted, are being sent to the Mayo Clinic, meaning results may not come back in for five to six days.

Gov. Jim Justice announced Thursday he was tested for COVID-19 and received a negative result within the same day.

Amjad said she couldn't stress enough the importance of staying home, social distancing, and isolating during this time as COVID-19 continues to spread.

"If we aren't careful, we are going to end up like these other states, like California and New York, where the numbers for positive tests just keep coming in," she said. "If you feel sick, isolate yourself. No, you may not have COVID-19, but no one needs to be running around town right now.

"People are out, all the stores are open and they're filled up, and that is not at all what is smart right now. We're going to end up with even more positive cases. It is only a matter of time."

Some people can fight off the virus easily and may not ever even show symptoms, Amjad added, but that's the importance of staying home for the time being.

"If you don't show symptoms, and you fight it off quickly, you may have not ever even known you had it, but you could come in contact with someone else who won't be able to deal with it the same way."

Amjad noted the time frame to see symptoms is ever-changing since people continue to go out and mingle. Right now, people can show symptoms anywhere between five and 14 days, and since they don't have the tests to test every person who shows a symptom, matters will only get worse, she said.

"Stop going out unnecessarily. We're about to see a jump here in West Virginia," she said. "Anyone can have it, and we need to be careful."

Nominations open For Friends of WVPB Board of Directors