Democrats at the Capitol in Charleston say the defunding of public education in West Virginia began in earnest on Thursday when the House passed the “Hope Scholarship” bill, designed for K-12 private school students and funded publicly through the Department of Education. Allowable expenses include tuition, tutoring, fees for standardized tests and educational therapies.

You can forget the quaint, small “d” democratic principle of separation of church and state. The GOP has moved well beyond that debate, locking it out of this session as they have with inconvenient public input because of Covid safety protocols by a caucus whose members – some of them, anyway – wear mesh masks. Yes, mesh. As in completely ineffective at stopping the spread of Covid-19 during a pandemic that has claimed the lives of 2,309 West Virginians.

They think they are a clever lot.

Well, if so, riddle us this, dear Republican legislators: Just how much will this piece of legislation cost the state?

As written, the bill allows each student leaving the public school system to draw $4,600 for costs associated with either private school or homeschooling. And early estimates say that will cost the state $23.7 million right out of the gate. But if the stipend is available to all students outside public schools in 2027? Then the price tag is marked up to $103 million – a year. So, yeah, these ace bean counters are calculating an $80 million difference, give or take – maybe, perhaps, who knows. But here is what they do know: All of that funding is coming out of the public schoolhouse down the street. And, as we all know, the local schools are just flush with cash. Right?

Of course, this is the same crew of lawmakers that now is considering adding an intermediate court of appeals – a whole new layer of courts for a state that has been losing population for decades. The startup cost has been trimmed from $7.9 million to $3.6 million. New costs each and every year after that are projected – with the accuracy of a dart’s throw in the dark – between $2.1 million to $5.7 million. Somewhere in there.

All of this so the state’s Republican Party can grow the size of government.

Yes, that is what they are doing. No matter what they have promised in the past, no matter whom they have pretended to be, and no matter how they will try to explain their vote on this in the future, these Republicans just love themselves some big government.

Meanwhile, over in the Democratic caucus, members – what few remain after being put on the endangered species list this last election – are promising a “total rewrite” of election law.

Probably ain’t happening, but nonetheless, they introduced House Bill 2814, the Election Security, Access and Modernization Act of 2021, on Tuesday.

“We think that we should do whatever we can possibly do to make it easier for West Virginians to vote in elections,” said Delegate John Doyle, D-Jefferson, lead sponsor of the bill. “It is a total rewrite of the state’s election law.”

The bill calls for no-excuse absentee voting and requires absentee ballots be mailed to all active voters. Requirements for requesting emergency absentee ballots would be simplified. Also, the bill adds early voting locations and days and hours as well.

All of this comes on the heels of what was, according to Secretary of State Mac Warner, the second-highest election turnout in state history with 802,726 ballots cast.

With Covid-19 transmission a concern, state officials broke down barriers to the ballot box in 2020 and – surprise, surprise – people chose to participate.

The Democrats want more of the same – even though they got smacked around by the November results.

Republicans elsewhere around the country are attempting to tighten voting restrictions. Warner was not the biggest fan of rules he was pretty much forced to swallow in the year of a pandemic.

No matter. With Republican supermajorities in each house, this bill probably dies in committee.

Overheard: Life is like riding a bicycle. To keep your balance, you must keep moving.” – Albert Einstein

— J. Damon Cain is editor of The Register-Herald.

To reach him, email dcain@register-herald.com. 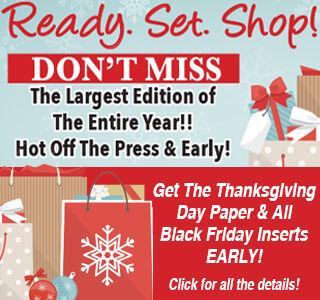